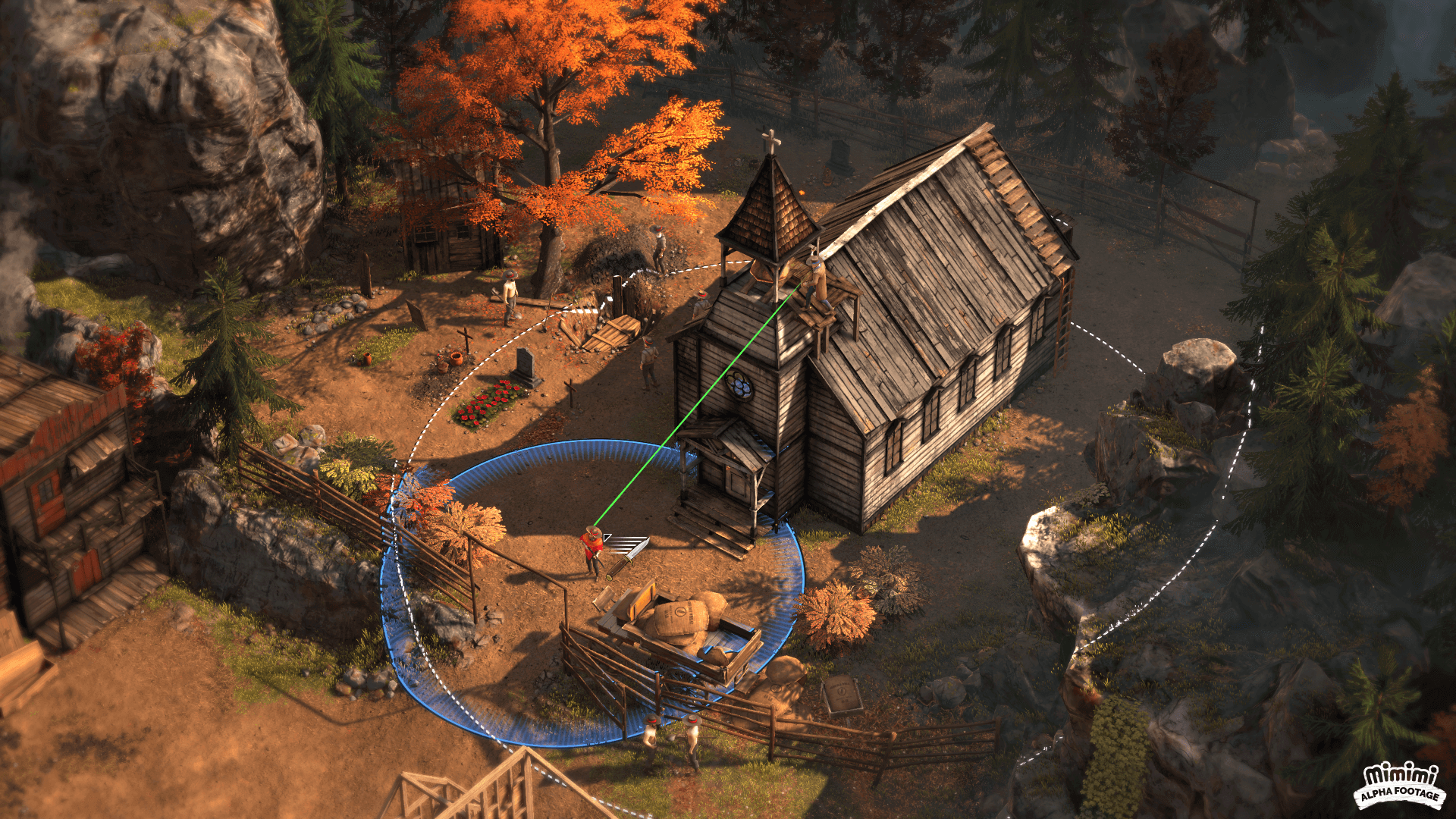 If you’ve never played a Desperados game, then you’re probably curious to know how the developers can so evenly blend tactical, stealth gameplay with the wild, wild west. Thankfully, the team working at Mimimi Productions seems to have done a good job with it, bringing the prequel for the Desperados series to life under THQ’s umbrella.

We recently had a chance to talk about the upcoming prequel with Jonathon Riedler, the Producer on Desperados 3, where we learned a bit more about how they’re improving the series with the new game, and even some of their plans for it. In our interview, Riedler talks quite a bit about the way that combat and gameplay work in Desperados 3. According to Riedler, a majority of the game is going to be spent playing tactically, while sneaking around.

Like the previous games, players will also be able to go all out in combat if they’d like, though Riedler did mention that ammunition is scarce, so players should only do that as a last resort. He also touched a bit on the game’s mysterious fifth character. According to Riedler, the never-before-seen character will probably be the most innovative for the series. One of the most interesting things, though, especially for Desperados fans, is that the planning mode in Desperados 3 will be improved quite a bit from previous iterations.

From what Riedler said, the new planning mode will be stronger and will basically pause the game to give players a chance to investigate their surroundings. This will allow users to find the best route to take, and even give them more time to think about their actions. We’re definitely interested in seeing more in the future.

Desperados 3 is currently slated to release on PC, Xbox One, and PlayStation 4. Riedler revealed that the team is shooting to reveal a release date during this year’s Gamescom. For more interviews like this, be sure to subscribe to Shacknews and GamerhubTV on YouTube. You can also return to our E3 2019 hub for more news and announcements out of gaming’s biggest event of the year.