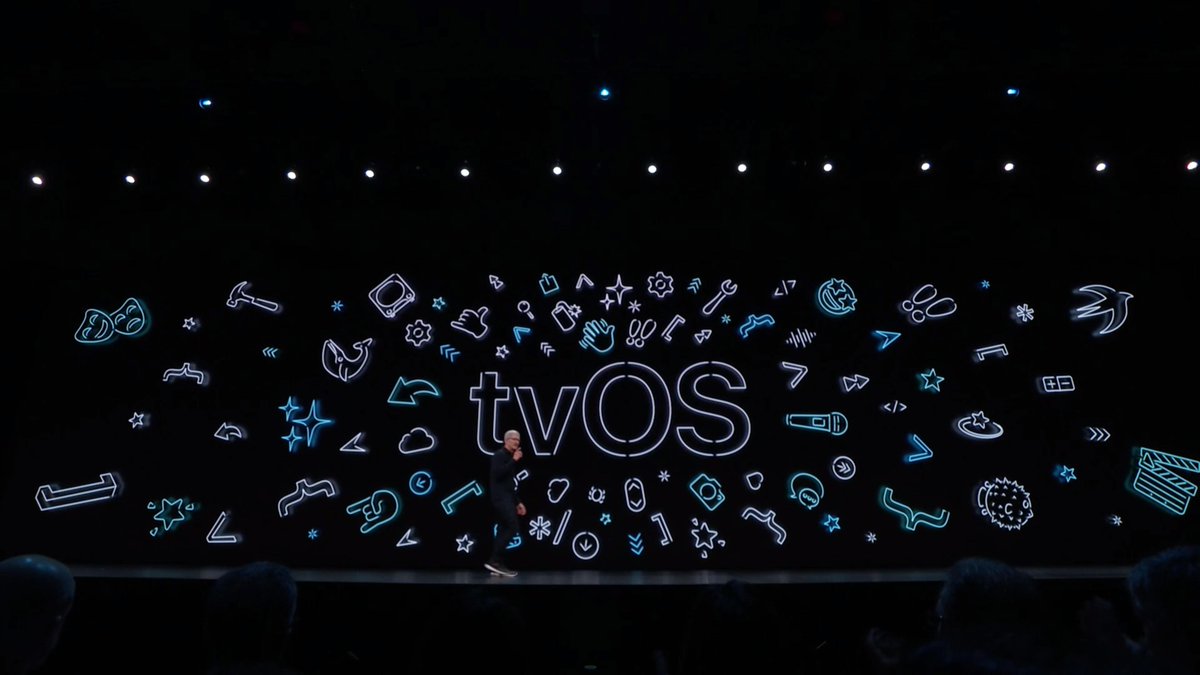 Apple's WWDC Special Event from the San Jose Convention Center has begun, with news for all sorts of Apple users. There have been rumors flying throughout the past week about what the company would announce. To lead off this news-filled Monday, Apple began by revealing a sneak peek at upcoming original television series For All Mankind, which segued into more details about the future of tvOS.

Apple's upcoming tvOS 13 update will gain multi-user support, which gives everyone in a user's home personalized recommendations and a personal "Up next" list. This feature will also extend to Apple Music via the tvOS, with everyone able to see song lyrics, album art, and more. To help push these features forward, tvOS 13 will see a design adjustment. This design will allow users to quickly switch between profiles and allow for easy customization of each individual profile. For those operating Apple TV, they'll see show previews take up some more space, while the Apple Music integration can allow for full screen use.

Apple Arcade is also getting an upgrade with the upcoming tvOS update, which will add controller support. This includes some controllers you may have around the home. These can not only be used to play games, but they can also be used to navigate the tvOS interface. We'll go more in-depth on this shortly.

All of this is meant to help prepare for the deployment of the upcoming Apple TV+ streaming service. This is currently set for a Fall 2019 arrival. As noted, WWDC 19 opened with a trailer for original series For All Mankind, which revisits the space race and America's scramble to reach the moon. The trailer is embedded below, so let's take a look.

What if the space race had never ended? #ForAllMankind is coming this Fall to Apple TV+.