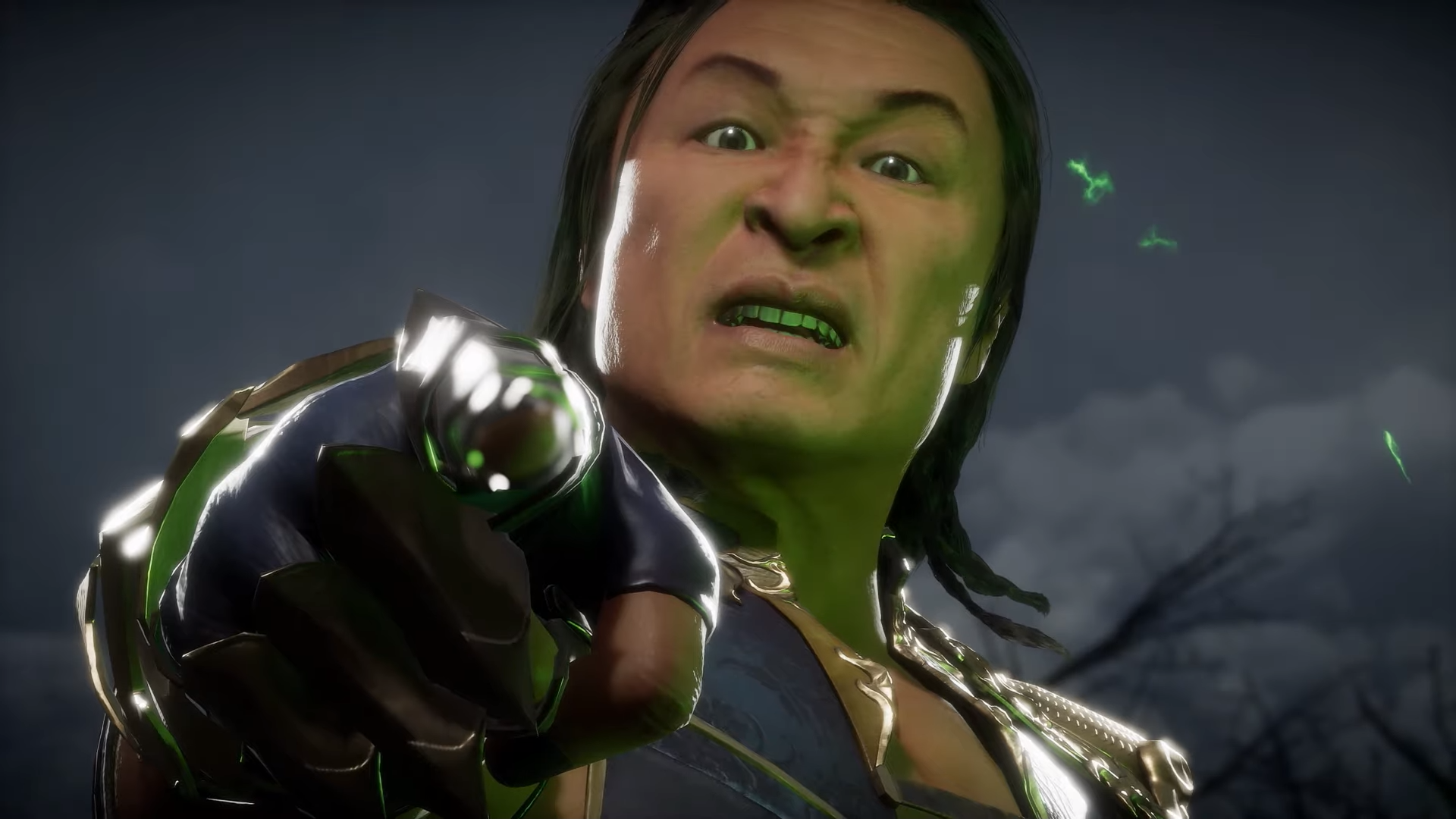 To end the week, the folks at NetherRealm revealed a new trailer for Mortal Kombat 11's first DLC character. To this point, it's been known that the first post-launch character will be Shang Tsung and he did indeed get a trailer on Friday afternoon. However, he isn't the only DLC reveal that NetherRealm has up their sleeve, revealing that the Kombat Pack will include Shang Tsung, along with Sindel, Nightwolf, and guest character Spawn.

First, let's look at the trailer. While the Shang Tsung to this point, and the one seen in the Krypt, looked to be based on original Mortal Kombat movie actor Cary Tagawa as he looks today, it looks like he'll use his sorcery to restore his youth. And yes, he looks much more like Cary Tagawa circa the 1995 movie classic. He comes along with many of Shang Tsung's classic moves, including his flaming skulls that go both horizontally and from the ground. He also has a command grab where he sinks his opponents into the ground and stomps on their heads. Tsung can also morph into other characters, but the twist is that he's morphing into characters that aren't on the Mortal Kombat 11 roster, like Ermac, Reptile, and Rain. And yes, he gets access to all of their moves. He'll also turn into his opponent, reciting the iconic movie line, "You soul is mine!"

This motif extends into Tsung's Fatal Blow, which sees him transform into a multitude of Mortal Kombat's male ninjas, as they each take turns delivering bone-shattering strikes. Shang Tsung's Fatality calls upon another throwback character, as he infects his opponent with the soul of Shokan fighter Kintaro, who slowly bursts back to life from within his opponent, leaving their body parts flying all over.

Now let's look at the rest of the roster. Sindel and Nightwolf are both returning characters from previous Mortal Kombat games. They were featured in the last couple of games and factored into the Story Mode, with both having fallen and turned into NetherRealm revenants. They will most certainly have revenant forms and past forms to fit in with the MK11 narrative.

The big wild card is Spawn, the iconic Image Comics hero from creator Todd MacFarlane. Spawn is otherwise known as Al Simmons, who was betrayed by his partner and murdered. Upon reaching Hell, Simmons agreed to serve the demon Malebolgia in exchange for seeing his wife one last time. The twist is that the demon sent Simmons back to the land of the living as an amnesiac, but also with demonic powers that turn him into Spawn. Seeking to avoid his eternal damnation, Spawn uses his powers to fight crime in New York.

These four characters will not be the only ones featured in the Kombat Pack. NetherRealm is promising two more mystery characters will join the fray, so there's still a chance that our picks could pan out. However, the chainsaw sound effect and a certain musical sting seem to point at The Evil Dead's Ash and Terminator's T-800, though nobody should take that as confirmation just yet.

Update: Hey, Bruce Campbell seems to have enjoyed this trailer. I'm sure that's just a coincidence.

The Kombat Pack will be available to anyone who picked up the Premium Edition of Mortal Kombat 11, with those users able to pick up Shang Tsung on June 18. Look for it to also be sold a la carte, with more information on the Mortal Kombat website.