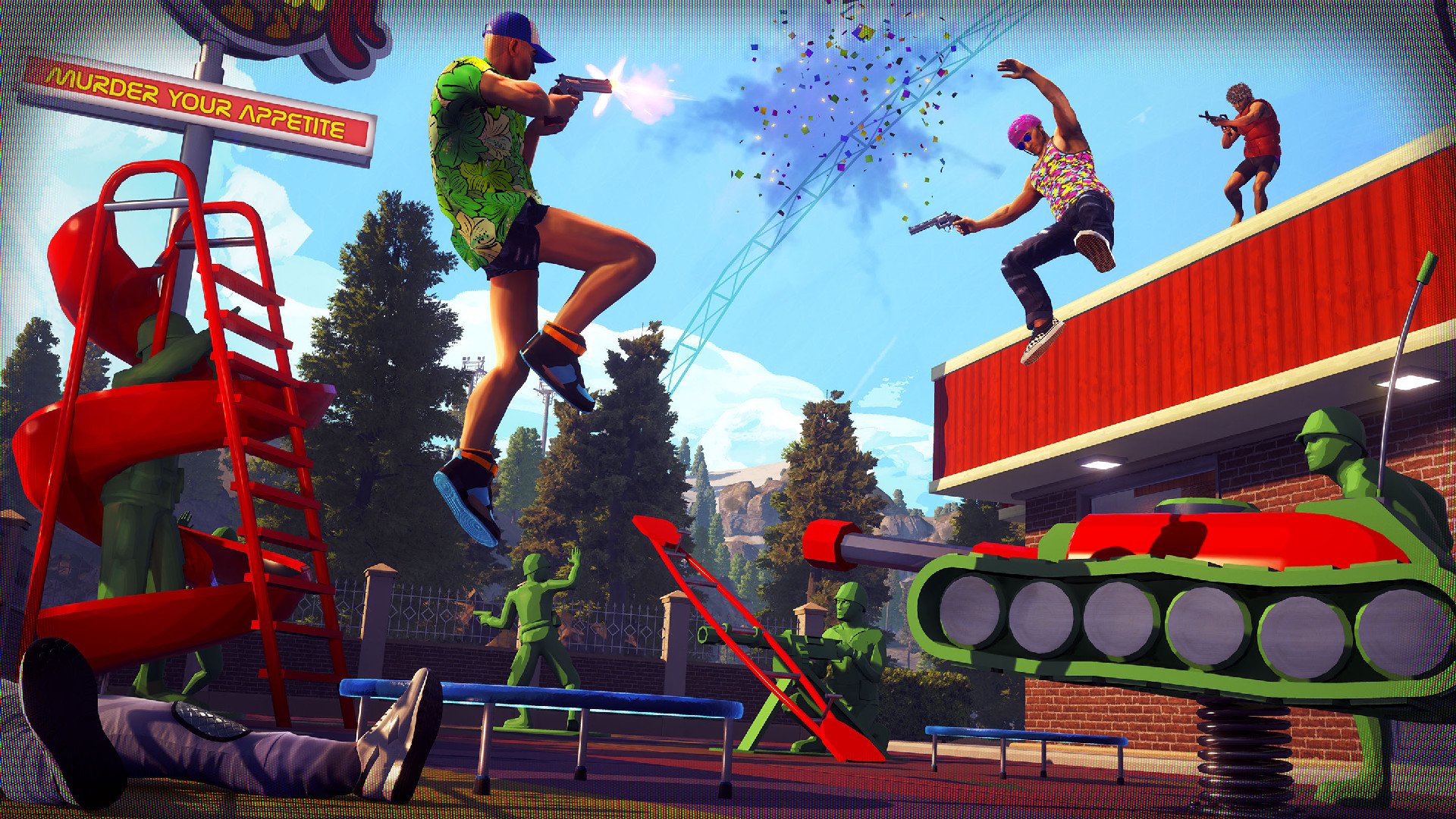 Radical Heights was not the success Boss Key Productions hoped it would be, but it appears another studio has some interest in the battle royale title. Squanch Games, the company most fans may recognize for its ties to Rick and Morty co-creator Justin Roiland, acquired the trademark to Radical Heights earlier this month.

Even though it appears Squanch Games didn't really intend to make the trademark acquisition known, this detail was eventually uncovered by reddit user itsGerth over on the Radical Heights subreddit. Using details provided in the post, it's possible to find the Radical Heights trademark over at the United States Patent and Trademark Office website.

At the time of writing, it's unclear exactly what Squanch Games may intend for the Radical Heights trademark. Justin Roiland and Boss Key founder Cliff Bleszinski have at least worked together before, as Roiland had a small cameo in Lawbreakers. With that said, Squanch Games is known for smaller-scale virtual reality games, not competitive online shooters.

Otherwise, it's not hard to imagine that Squanch Games could develop something within the world of Radical Heights. Even if it isn't full of cheeky one-liners and bizarre alien worlds, the style of the game at least seems to jive with other Squanch Games releases. Have a look at one of the game's trailers and judge for yourself.

We have no idea what Squanch Games wants with the Radical Heights trademark, but we do know that they've now got the rights to it. Maybe the game will be revived under a new developer? Squanch Games is hiring, after all. It could be possible that all Radical Heights needed was a little bit more time and a little bit more love. Until we hear more from the team, it seems like we'll just have to wait and see.