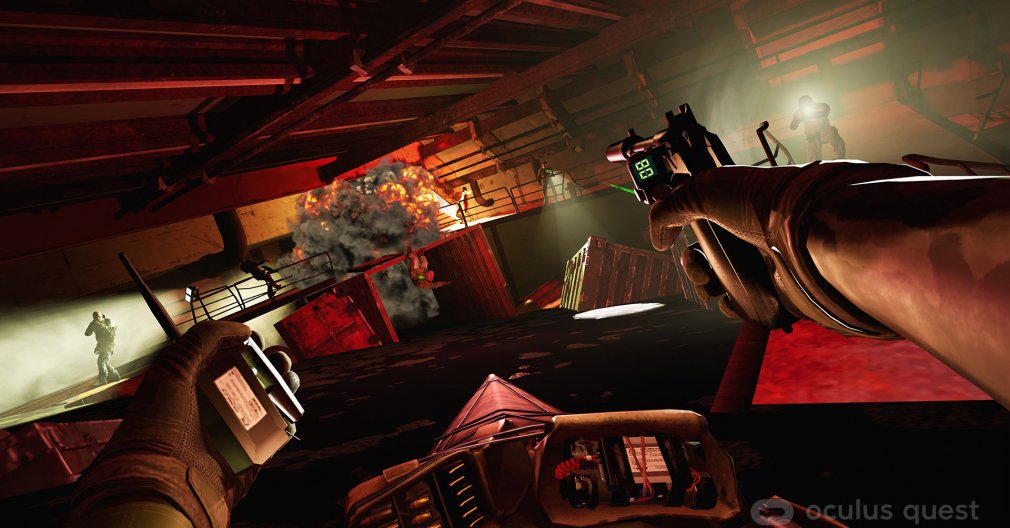 The subject of locomotion is big in VR games, and developers have a lot of different ways to make it work. The crew at development studio nDreams has come up with its own idea, and it involves a military shooter where the hero paddles around a flooded world by means of a kayak.

Shacknews was able to chat it up with Lewis Brundish, game director at nDreams, at the E3 2019 Judges Week to learn more about Phantom: Covert Ops. Brundish specifically touches on the idea of intuitive locomotion, describing the direct input for movement through joysticks as "an abstraction" that the developers were keen to avoid.

A stealth-shooter game built specifically for VR systems such as the Oculus Quest and Rift, Phantom: Covert Ops has an unusual form of locomotion: Players move about environments by use of a military kayak. According to Brundish, the result is an interesting way of moving about that works particularly well with a VR HMD's sense of freedom.

"The really unique element of the game is that you play it in a military kayak," he said. "The whole environment that you're in is completely flooded and underwater, and it's just this really unique and interesting method of moving around freely on the water. It's totally comfortable: You can play it seated, you can play it for extended periods of time, and it just enables you to go whenever you want in a really tactile, intuitive way."

This method of movement is core to the experience, as Brundish describes the use of a joystick for movement as "an abstraction" that was to be avoided.

"We didn't want you to push a stick to move or press a button to teleport, we wanted you to feel that every movement you made was completely one-to-one," he said. "People who have been kayaking for years can jump into the game and it feels right to them. But at the same time, people who have never been in a boat before can control it as well."

Phantom: Covert Ops will release for the Oculus Quest as well as the Oculus Rift and Rift S sometime later this year. More information on the game can be found over on the nDreams website. For more in-depth developer interviews and convention video coverage, be sure to check out Shacknews as well asGamerHubTV over on YouTube.