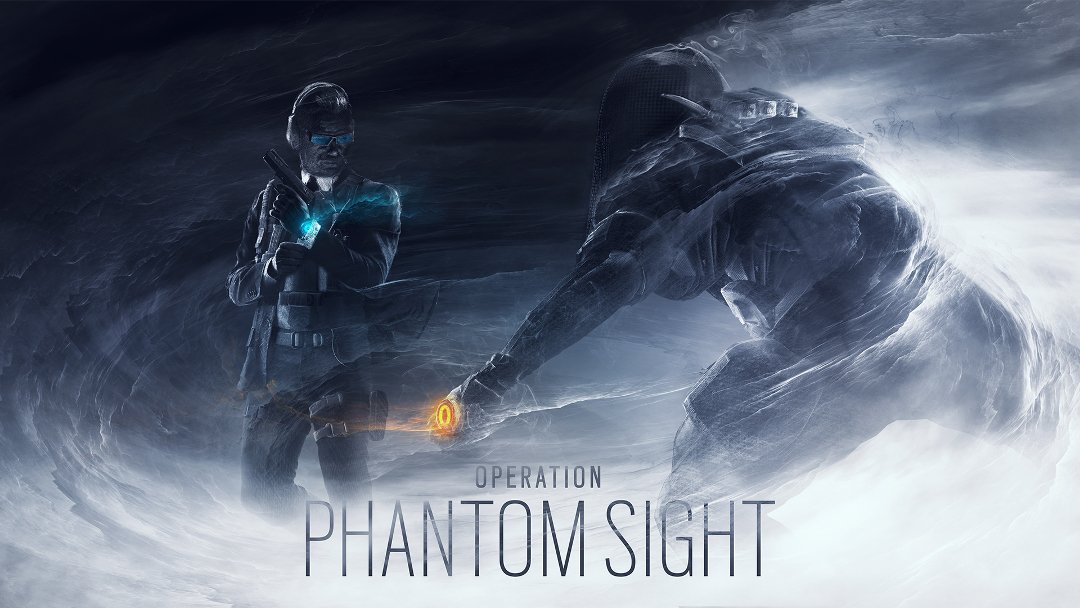 Season 4 of Rainbow Six Siege is upon us and this season theme seems to be all about stealth and how to counter such tactics. Operation Phantom Sight is all set to introduce two new playable characters and give an old map a makeover. I got a chance to go hands-on with a PC build of the upcoming content before it went live on the test server.

On the offensive side, players will soon have access to Nokk. This character has a stealth suit that recharges energy when not in use. While the suit makes Nokk practically invisible to the naked eye, viewing a room through a cam will show the suit glitching out. Nokk will also make noise and motion when walking over obstacles like barbed wire. I’m admittedly not the best Rainbow Six Siege player, but I appreciated the tactical opportunities of Nokk’s stealth abilities. Players with more skill and a strong grasp of Siege’s map layouts will be able to use her to infiltrate areas undetected.

On the other side of the coin, defensive players will soon get to know Warden and his Magnum PI-level mustache. While Nokk is all about stealth movement, Warden’s special skill is all about hunkering down and countering visually impairing breaches. He comes equipped with a special pair of glasses that, when activated, can see through flashbangs, smoke grenades, and even Nokk’s stealth suit. The catch is that the more players move, the worse the glasses function. The character seems best suited to situations where they can barricade themselves in and hunker down for a firefight.

Along with the two new characters, the Kafe Dostoyevsky map is being given a makeover. The first floor has gotten a total rework and there are new bomb locations on the second floor. A few pieces of furniture have been replaced or moved along with some staircases and the kitchen has been remodeled as well. This new version of the map will replace the old one for free when it goes live. The redesign comes as part of an overall effort to make the player flow better on the map.

Rainbow Six Siege players can also expect to see some UI changes as well. Ranked Playlist and the shop are getting a total revamp. There weren’t any further details available on how the new Ranked Playlist will work, but the shop will now feature two slots for new items and the rest of the items shown will be based on what they think players will be interested in. Players should also expect a few minor tweaks here and there, like a nerf to Glass’ scope that lowers it effectiveness when moving and changing the character to be more about long hallway blocking.

Rainbow Six Siege Season 4: Operation Phantom Sight has some promising new content for fans and competitors alike. While Nokk and Warden seem built around a stealth theme, players always find creative new ways to use characters, and I’m curious to see what they’re going to do with the set. Along with the Kafe Dostoyevsky and other various revamps, it’s looking like players can expect a solid season. Operation Phantom Sight will be playable on test servers beginning May 21.