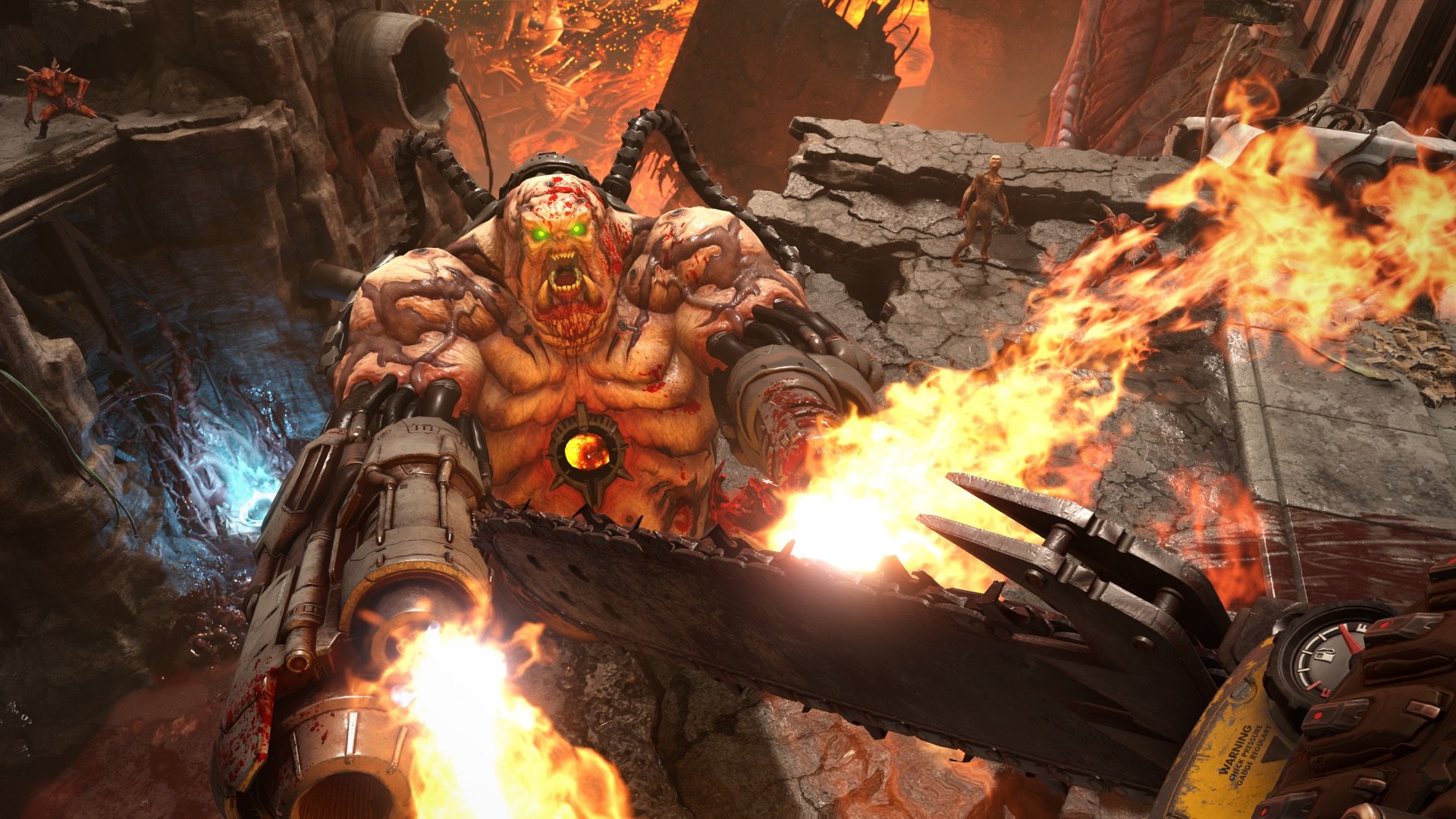 If you’re excited about Doom Eternal, then we’ve got some cool news to share with you. On Friday, id Software and Bethesda shared a new piece of concept art from the upcoming nuDoom sequel. The piece of concept art shows off a Hell gate, ripe with fire and a hellish landscape all around it.

The concept art was shared on the official Doom Twitter. We’ve included the image in this article so you can clearly see it yourself. In the piece we see a massive gate with two towers on either side. Described as “hell gate” in the tweet, the image shows Doom Guy standing in front of the gate atop what we can only assume is some kind of switch which will open the door before him.

All around the gate we can see the markings of a hellish landscape—exactly what you’d expect to see in such a place—as well as a red sky and the outline of fire beyond the gate. It’s a surreal scene that looks like it could have been taken directly out of the upcoming sequel, and it just makes us even more excited for Doom Eternal.

If you haven’t followed any of the news surrounding the upcoming sequel from id Software, then you’ll definitely want to check out some of our coverage of the game, including our first look at the game during QuakeCon 2018, where we learned more about the grappling hook and other key features coming to the new shooter.

Are you excited for Doom Eternal? Thanks to some artwork shared for Bethesda’s E3 showcase, we know that Doom Eternal should be a key part of their presentation, and we’re thrilled to be able to learn more about Doom Eternal in just another month or so. For now, we’ll keep a watchful eye on things to see if any news breaks about the upcoming FPS game, so that we can share it with you.