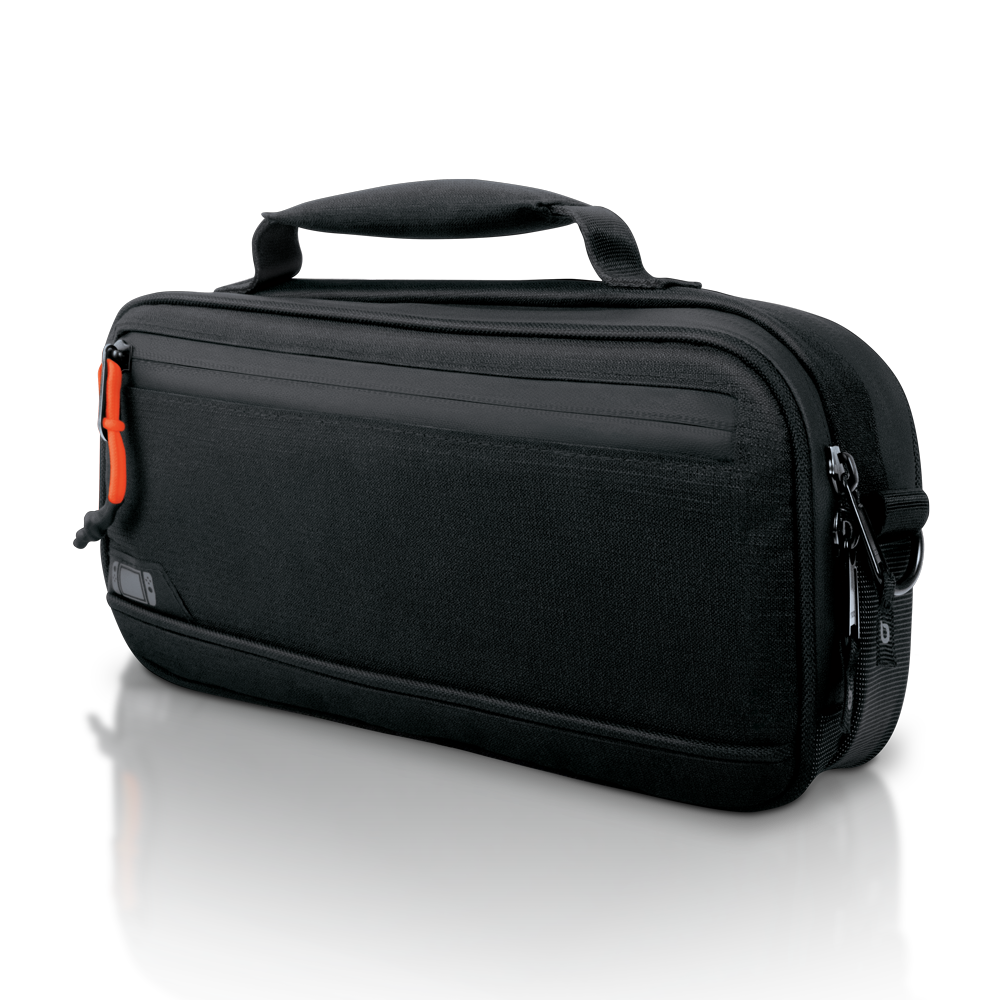 I am on the road a lot. If I’m not heading somewhere on assignment for Shacknews, there’s a good chance that I’m hauling a bunch of music gear around and playing in dive bars for a few weeks at a time. Spending so much time going from place to place I’ve learned to travel light and efficiently, which isn’t always conducive when I want to bring a gaming console or two with me. For my latest two-week road trip adventure though I had a couple of Switch accessories that Bionik had sent my way to take on a test run.

There are a lot of things I like about the soft shell Commuter Nintendo Switch case. It has a nice padded compartment for the console itself which is lined with a furry velvet-like material to protect against scratches that feels soft to the touch. The additional compartments had plenty of space for my physical game carts as well as an extra set of Joy-Cons, an elastic strap for a charging cable. I was even able to fit four strap lock tops into an extra compartment.

While the Commuter comes with a shoulder strap I found the zip-up sleeve that lets you attach the case to a backpack strap to be my favorite feature. Having the option to carry my Switch safely inside or outside my day bag is extremely useful, especially when carrying space is already limited. The case’s overall design is nice, sleek and minimalist. Though it does have a Switch Icon on it, nothing else really screams “gamer” which helps with blending in during a commuter situation where you don’t necessarily want to draw attention to the $300 console on your shoulder.

If I had one complaint about the Bionik Commuter it would have to be that I could not fit the wall-wart-sized plug needed to charge a Switch into the soft-shell case. Considering how much overall space the Commuter saves you and the physical quality of the product the $29.99 price point is more than reasonable.

There’s not too much to say about the TV Lynx: It’s not a console like the Atari Lynx, but instead is just a very straightforward product that makes it capable for you to play your Nintendo Switch on a TV without the need for the docking base. The TV Lynx is both a braided charging cable and an HDMI out cable for the Nintendo Switch that comes with a detachable power supply. I definitely like to get multiplayer gaming sessions going on the road and the fact that I can now plug my Switch into a TV without needing to lug around the dock frees up so much of that oh so precious cargo space I love.

While it does take up less space than the dock, the power supply for the TV Lynx is still a massive square brick. I also don’t think that the Lynx was Designed in tandem with Bionik’s Commuter case because I could not fit the cable into any of its compartments after I wound it up. With all that said, it still takes up a heck of a lot less space than a Switch Dock and Power supply would in a travel scenario with the same functionality. The price point of $59.99 may have some choose to sacrifice space in order to have some extra gas money though.

Space is the place

As someone who is all about minimalist organized traveling I really appreciate the storage space that both the Bionik Commuter and TV Lynx provided me. I am honestly enamored with how much I love the carrying case in particular. The Nintendo Switch is definitely a console that lends itself well to life on the road and these accessories make it an even more travel-friendly experience. If you can afford them both, they are worth it, especially the Commuter.