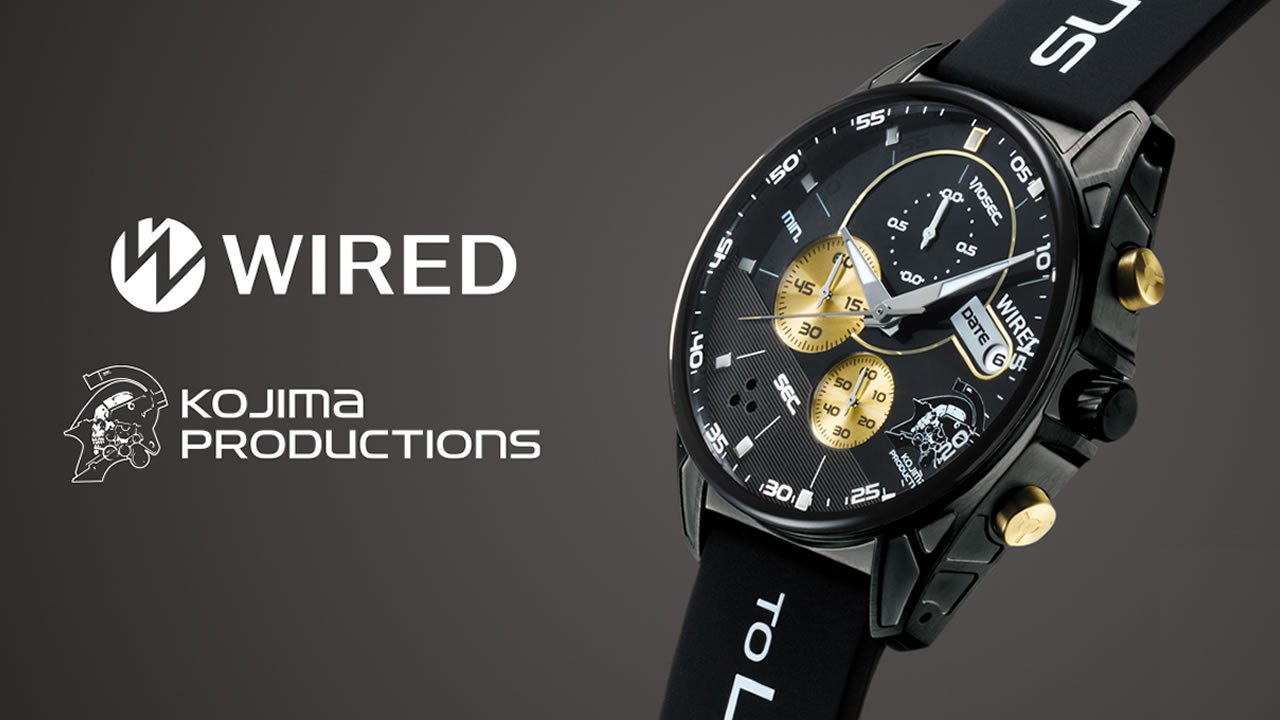 Seiko teams up with Kojima Productions on new watch line

Gamers love collectables — it's just baked into our DNA. With that said, not many things here in the analog world are actually worth collecting. That's why it's so cool to see game companies teaming up with accessory and clothing manufacturers to make beautiful and functional items steeped in video game credibility. Such is the case with the latest collaboration between watchmaker Seiko and Kojima Productions, offering new watches inspired by Kojima's own production studio.

For those who aren't particularly into watches, Seiko is one of the biggest manufacturers of timepieces across the globe, and something of an iconic Japanese brand. If you ask us, that makes them perfect for a collaboration with Hideo Kojima, arguably one of the most influential and successful Japanese video game developers of all time.

The new watches are being offered under Seiko's Wired subdivision, which apparently focuses primarily on digital watches. The model line is known as "Ludens," and the watches will be a limited release: According to a report from Stuff, only 1,500 watches will be produced. Fans who are eager for rare video game merchandise, this is your call to arms.

Designed by Yoji Shinkawa, art director for Kojima Productions, the new Seiko Ludens watches make use of a striking gold-on-black color scheme. A few of the usual complications appear to be present, including what looks like a stopwatch. All of this is wrapped up in a water-resistant case, and the package includes a special message card from Shinkawa featuring his signature.

Fans might expect that this new Seiko and Kojima crossover watch will be expensive, but it isn't: At just 30,000 yen, these new Ludens watches only run the equivalent of about 275 American dollars. With that said, there appears to be no plans to bring the watches over to North American shores. Instead, diehard Kojima fans will have to order to the timepiece by heading over to the Wired Japan store around the time of release on June 8, 2019.