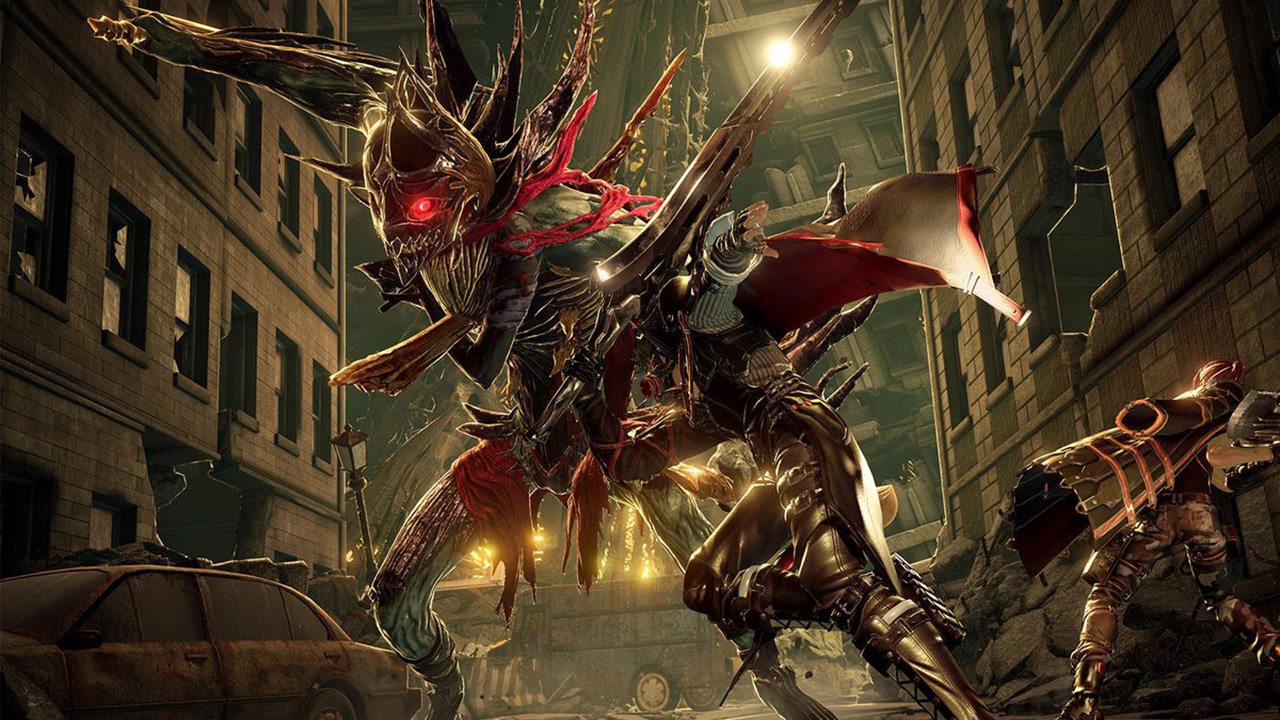 There is no debating that people love souls-like action RPGs and people also love anime. Bandai Namco is making a big bet that the video game-buying public will be very interested in their upcoming game Code Vein, which marries a striking anime aesthetic with gameplay that is heavily influenced by the Dark Souls series.

The video team at Shacknews was able to get some exclusive gameplay footage of the opening moments of Code Vein captured at a full 1080p resolution. It shows off the initial tutorial section of the story mode and then dives directly into exposition. The player character is awakened by a mysterious figure that the game refers to as the Girl in White. The player will then dust off his stylin’ afro and begin following the girl into the unknown.

In this additional video of Code Vein captured a bit farther into the story mode, we follow the protagonist as he encounters some interesting characters, including a group of individuals identified as revenants. Through some dialogue, it is revealed that they are on the hunt for blood. This makes sense, as Code Vein is set in a post-apocalyptic future that is seemingly loaded with vampires.

As the action kicks in, players will be happy to see lots of the genre trappings that have come to be associated with action RPGs of the souls variety. Deliberate attacks and stamina management appear to be of major importance, while most of the mechanics seen in the popular From Software games are on display, albeit in vampire-esque clothing.

For more details on Code Vein, you can refer to our hands-on preview from Guides Editor Sam Chandler. You can get your own hands on the vampire action RPG when it releases later this year on PS4, Xbox One, and PC.