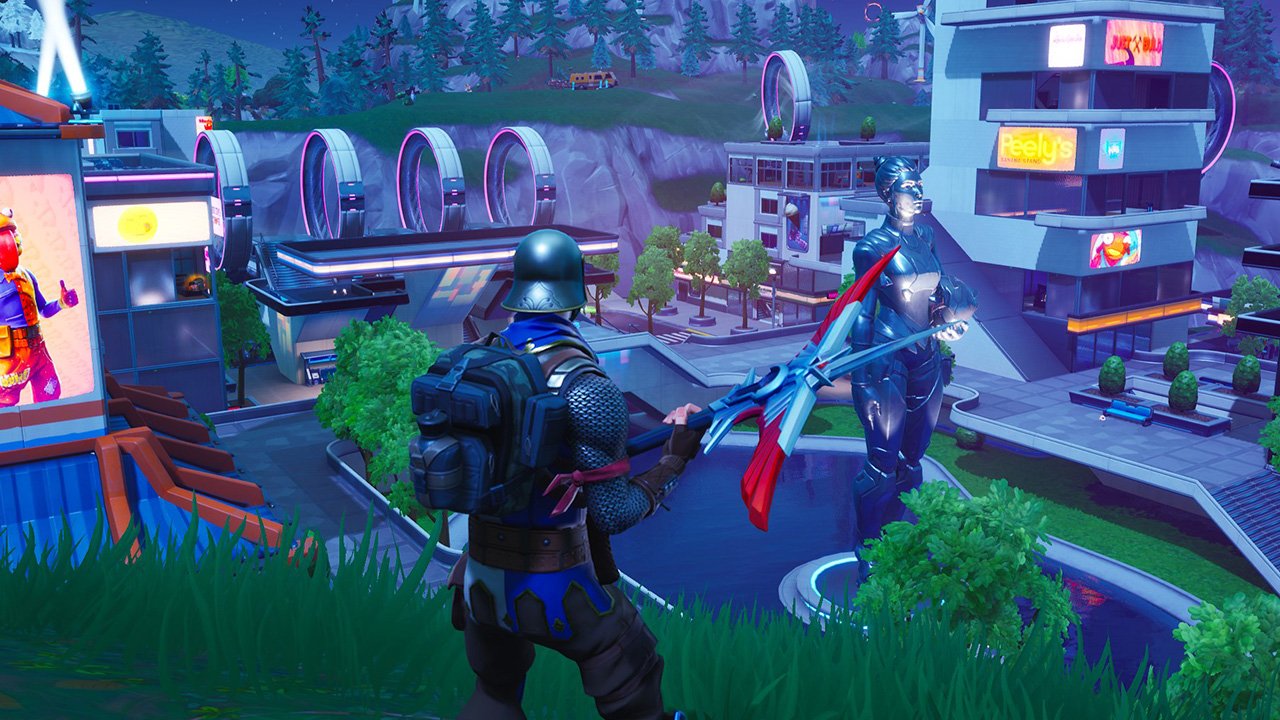 Fortnite Season 9 is finally here, ushering in a new age for the battle royale game. Last season ended with a bang, with the massive volcano in the northern part of the island erupting and destroying two key locations, Titled Towers and Retail Row. But what exactly has changed on the map for this season? Here are all the Fortnite Season 9 map changes that you need to know about.

While last season saw a lot of little changes, Season 9 has focused on three rather large changes. Shared via the official Fortnite Twitter, players can now view the new Season 9 map below.

As you can see by looking at the map, fan favorites like Retail Row and Titled Towers have been replaced by two new locations. Neo Tilted is a sci-fi variation of the favored looting location, though it’s much less cramped than the original Tilted Towers. It’s a really nice-looking addition to the map, though it does stand out a bit from the more modern locations around the island.

The Mega Mall is also new, replacing Retail Row with a new area for players to loot and fight within. It’s a really nice change up that kind of embodies the same feeling as Retail Row, though it takes a much more corporate appearance than the previous area. Of course, time will tell if it grows to be as much of a fan favorite as Retail Row was. For now, though, we can only wait and see how players take to the new location.

The third big new location on the map is the Pressure Plant, which has been built directly on top of the old volcano. It’s an interesting way to expand on the volcano, which exploded at the end of Fornite Season 8. Time will tell how favored of a location it becomes for players, but it’s definitely worth checking out if you’re just diving into the new season.

Finally, the last big change that we’ve seen so far this season is the introduction of a new form of transport around the island. Situated around the center of the island, players will find the new Windstream Transport System, a series of rings that push the wind in a circle around the island. It’s a great way to get from place to place, and players can move within it to speed up, slow down, or hop out at any time.

We’ll be sure to keep an eye out for any other small changes that might have made their way into Fortnite Season 9. For now, be sure you head back over to our Fortnite guides hub for all the latest Fortnite news and guide content to help you tackle all the latest weekly challenges.