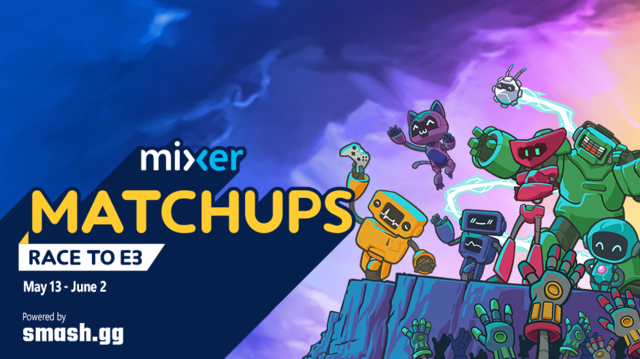 Mixer Matchups – Race to E3 kicks off competition next week

Microsoft’s livestreaming platform Mixer has teamed up with Smash.gg and is getting ready to kick off its pre-E3 festivities with its Mixer Matchups Race to E3 event. Later this month, Mixer users will compete in an online tournament that could land some lucky players a chance to head to Los Angeles and on-stage at the big event itself. Starting on May 13 and ending on June 2 players will have a chance to win weekly cash prizes and a spot in the finals that will take place at the E3 2019 Mixer Dome.

Players can earn a chance to compete by earning points in one or all three games that will be part of the Mixer Matchups Race to E3. The first week will kick off with League of Legends, which will be followed by a week of Halo 5: Guardians, and a final week of Paladins competition. Each week they compete players will have a shot at winning their own chunk of a $25,000 weekly prize pool and whoever takes the top spot in each game will get a cut of a $75,000 prize pool as well. The games must be streamed on Mixer to count towards the leaderboard points. In order to be eligible to compete, players will have to register before the event begins or anytime during it and everyone is welcome to test their skills in one or all three games.

According to a post made on the Mixer Blog, this is everything you’ll need to know to enter:

Check out the schedule below to compete in one or all of the events. All events start on Mondays at 10 a.m. PDT and end Sunday night at 10 p.m. PDT:

If you want to compete for a shot at some of the cash prizes or a chance to throw down at the E3 2019 Mixer Dome you can register for the Mixer Matchups Race to E3 right now. Good luck and hopefully we’ll be seeing you at E3 (the drinks are on you if you win.)