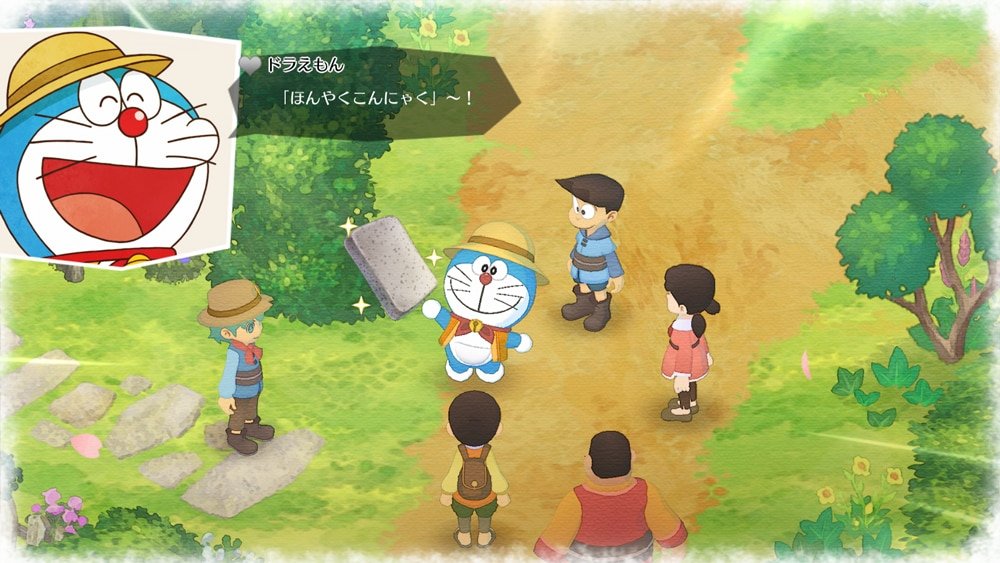 Doraemon Story of Seasons coming to Switch and PC this fall

The anime-infused version of the game is coming to Nintendo Switch and PC later this fall, and it will feature the robot cat playing a large role in the traditional Story of Seasons tale. That means you'll be working to grow the best crops you can, bring up an awesome farm, collecting bugs, and doing all kinds of other farm-related fun stuff.

You'll just be doing it with Doraemon and other members of the franchise as a "heartwarming journey" unfolds in the game's original town. Doraemon's signature secret gadgets will be found throughout the game as well, though there isn't much information on what this will include just yet. It's all part of efforts from Bandai Namco, Marvelous, and developer Brownies working to weave elements from both franchises together, though, and it looks pretty adorable, honestly.

The original Story of Seasons is similar to that of the Harvest Moon series to begin with, though it's much more multifaceted than the direction the current Harvest Moon games have gone in. It's very much worth trying out though if you haven't.

I reviewed the latest entry in the Story of Seasons saga, Trio of Towns, over at Modojo:

"Story of Seasons: Trio of Towns is an excellent addition to the already sprawling and exciting Story of Seasons franchise. Even though there's just one game for Story of Seasons proper, it's still part of the venerable Harvest Moon series, and there's so much to do in the game it may be off-putting and overwhelming at first. But the sheer breadth of things to do, interactions with other characters, unlockables, and attention to detail make Trio of Towns one farm simulator that's absolutely worth your time. Just make sure you've got the time to devote to it, especially since the first few hours of the game require the most reading and attention of all. If you can give it the TLC it requires, then you'll be rewarded with the best farming game since, well, the last Story of Seasons!"

We'll keep you updated when we know more about this adorable riff on Story of Seasons.