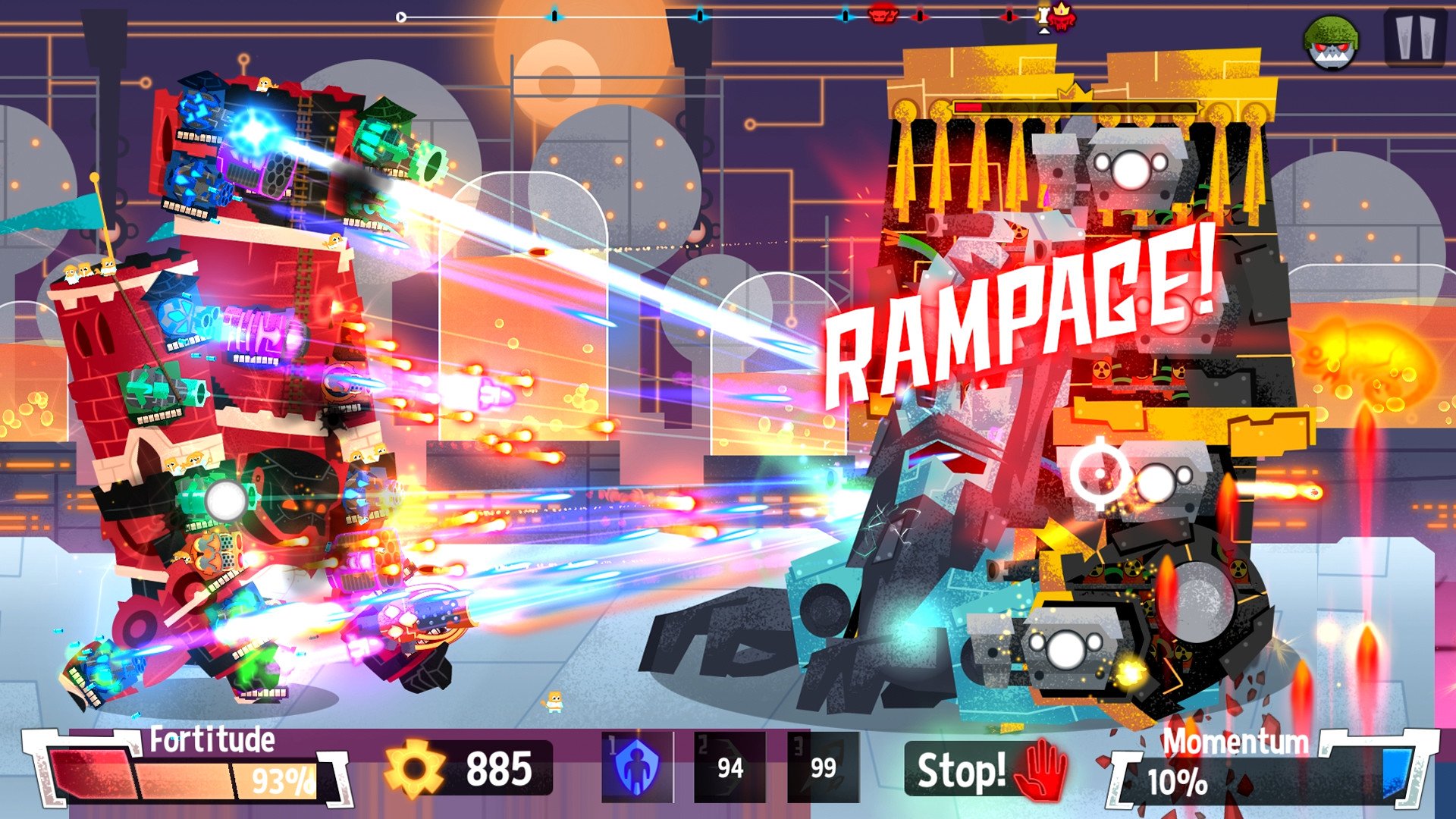 Walk the Fort interview: Tower defense with a twist

Tower defense games have long been incredibly popular, but they're not always interesting enough to draw in players fond of more action-based experiences. Instead of creating yet another tower defense clone, the developers at Gramophone Games have flipped the genre on its head with new game Walk the Fort, where players assume control over a sentient fortress with a wide array of shoot 'em up-style weapons.

Shacknews was able to meet up with Dejan Poljvas, producer for Gramophone Games and artist behind Walk the Fort, at Reboot Develop Blue to learn more about the game's unique blend of tower defense and shoot 'em up gameplay and what inspired its striking visuals.

The biggest change that Walk the Fort brings to the tower defense formula is that all towers are equipped to the mobile fortress. As opposed to laying out artillery along a set path and watching as enemies attempt to pass through it, all the enemies are instead waiting for the fortress to come to them. By carefully managing weapons and upgrades — and by making sure their aim is accurate — players will eventually be able to clear the waiting hoard and make it to the end of the level.

As opposed to being a set structure, the fortress in Walk the Fort will "grow over time." Starting with the capacity for eight towers, the fortress will eventually be able to accommodate 20 towers. In addition, the game has 12 different tower types "for now." The studio has also worked some lore into the game, with Poljvas saying the team "wanted to tell a story with the levels," primarily through visual cues tied to waves of enemies being cleared.

Players interested in learning more about the upcoming Gramophone Games release can find more details over on the official Walk the Fort Steam page. Details about other studio releases can be found on the Gramophone Games website. For more interviews straight from Reboot Develop Blue or further commentary from some of the industry's biggest developers, be sure to stop by the Shacknews and GamerHubTV channels over on YouTube.

Interview: Keeping it retro and modern with Kingdom Games

Flip the script with this Lenovo ThinkBook Plus overview

The Wide World of Electronic Sports Ep. 37: Is a french fry a sandwich?
Login / Register