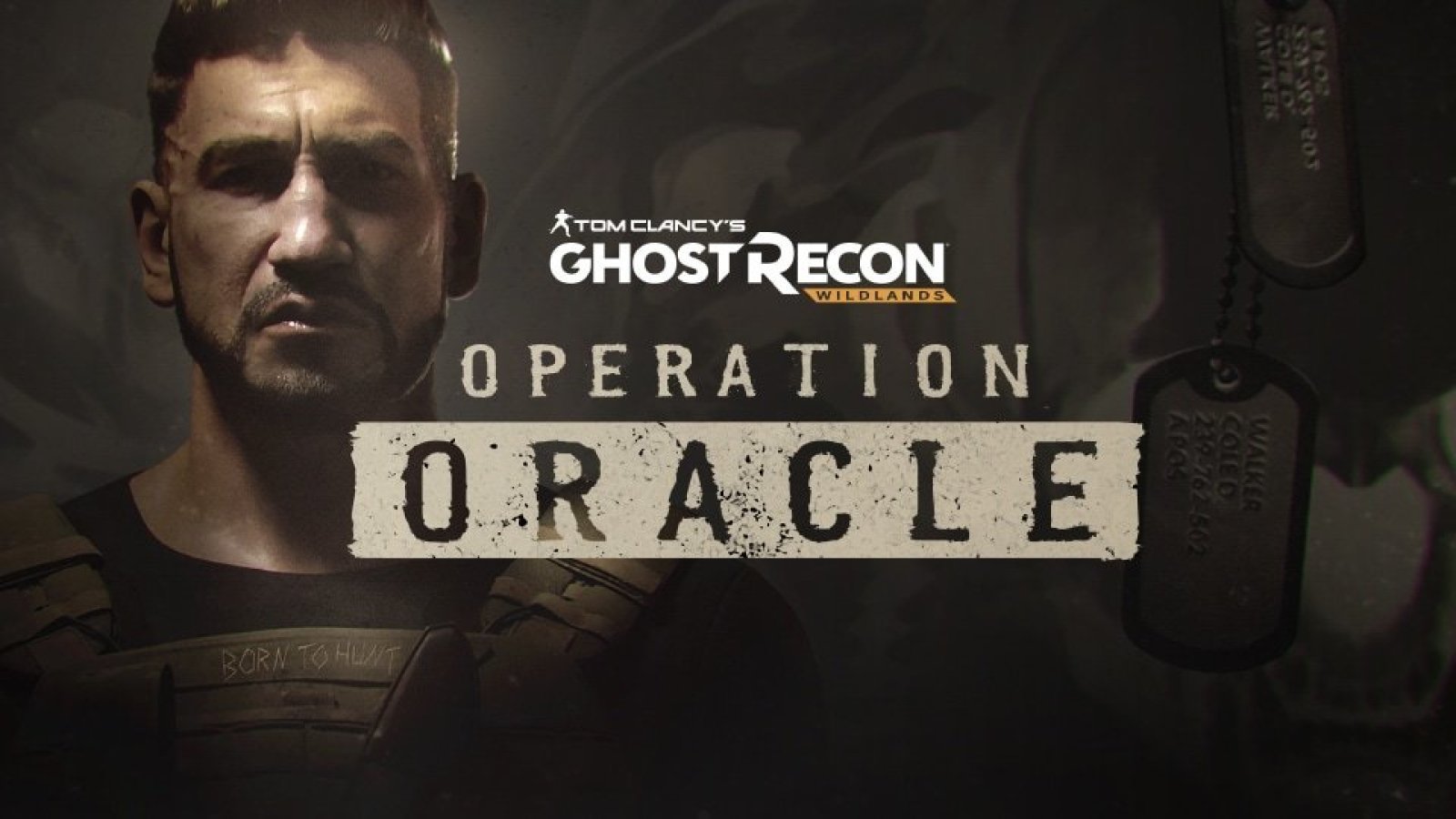 There are still plenty of players out there getting their kicks in Ghost Recon Wildlands, and Ubisoft is intent on keeping those players happy. The game is playing host to the new Operation Oracle mode, which is comprised of two new missions offered entirely for free. Even better, players will undoubtedly recognize a real-world face in the game, as new character Cole D. Walker is being played by none other than Hollywood celebrity Jon Bernthal.

The setup for Operation Oracle is just the sort of thing Ghost Recon Wildlands players have come to expect. Centered around a hostage crisis, players will be tasked with tracking down an engineer with deep knowledge of state secrets who has been captured by Unidad. Cole D. Walker appears as a Ghost Team Leader who will help players complete the mission. Assuming they have the guts to brave the opposition and complete the mission, players will earn a new CQC finishing move as well as a new Ghost tattoo.

Operation Oracle is being released as a bonus set of missions for players who already own Ghost Recon Wildlands. For those who don't, Ubisoft is additionally planning a free weekend where gamers can check out the action without having to spend a dime. The Ghost Recon Wildlands free weekend begins today, May 2, and is slated to run all the way through this Sunday, May 5.

They won't to miss the opportunity, either. Ghost Recon Wildlands was voted Shacknews' Best Co-Op Game of 2017. At the time, our resident Reviews Editor Blake Morse praised the game's peerless cooperative action, saying, that Wildlands has "the right mix of open-world action, tactical gameplay and just the right amount of roughness around the edges to creates the perfect 4-player co-op storm in 2017."

Don't miss out on the chance to play Tom Clancy's Ghost Recon Wildlands for free this weekend, and be on the lookout for the special appearance of Jon Bernthal in the new Operation Oracle content. For the rest of your Ubisoft-flavored shooter needs, stop by Shacknews' Ghost Recon Wildlands home page.