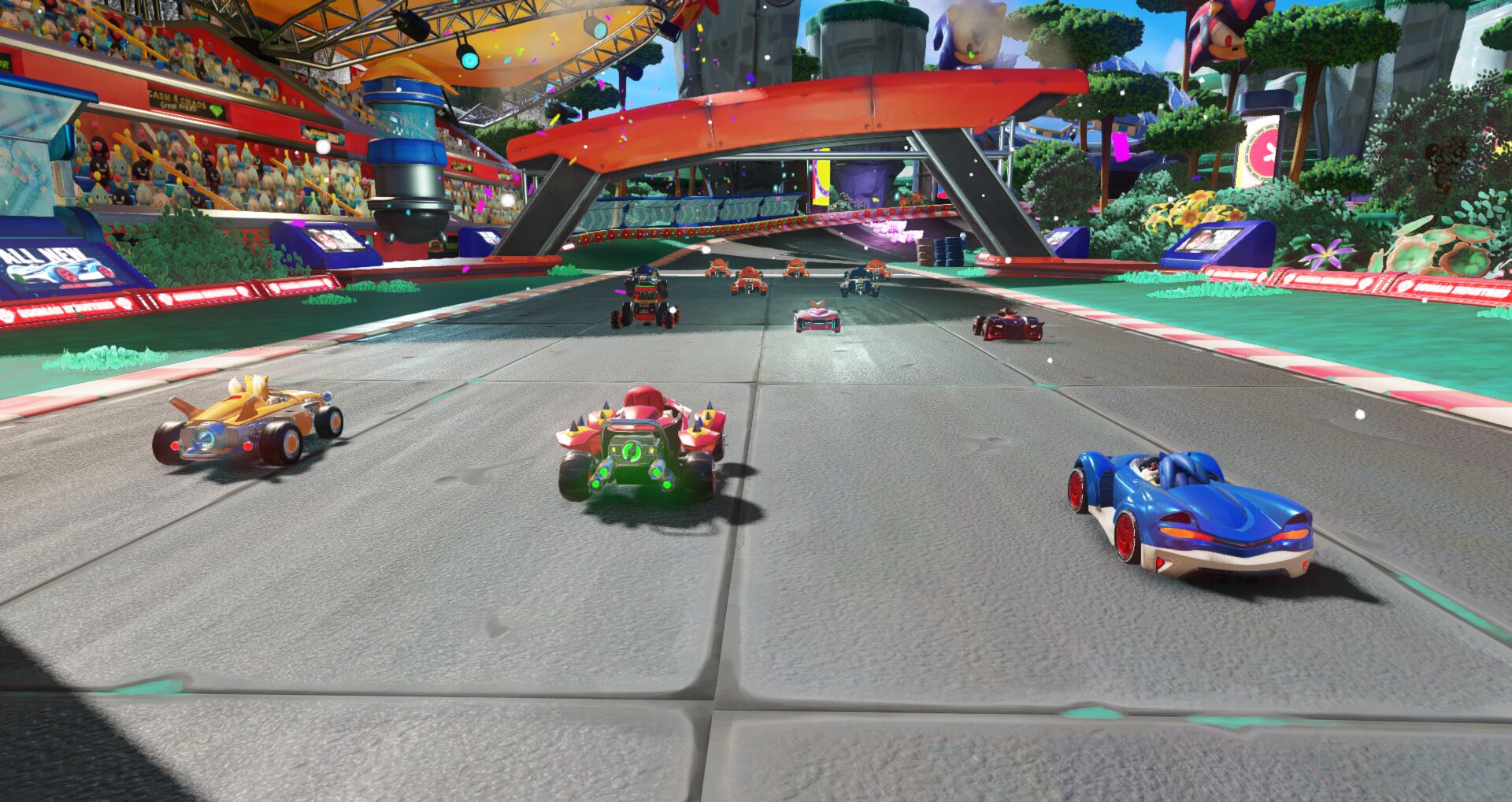 Nothing fuels a great video game party like a kart racer, and Team Sonic Racing seems to hit all the right marks. Put together by the crews at Sega and Sumo Digital, the whole Sonic crew is reuniting to present a face-paced and tense cooperative kart racing experience for all the major video game platforms.

Shacknews was recently able to get a firsthand demonstration of some of Team Sonic Racing's finer points, and that includes an in-depth look at the game's lush Lost Palace level. Check out all of the drifting, boosting, ramping, and accidental smashing action in the gameplay footage featured below.

What can we tell from the video footage above? First and foremost, Team Sonic Racing looks downright excellent. It's not too often that we see a kart racer with as much polish as Nintendo's own Mario Kart titles, but we're inclined to say that the team at Sumo Digital have done a great job making sure the game looks as good as can be. Vibrant colors, pops of light, and even physics-bending tracks are all in full effect.

Of course, all the kart racing mechanics that players have come to expect all seem to be present as well. Drifting around turns looks smooth and effortless, and specially timed flames bursting from the kart's exhausts are more than a little reminiscent of the sparks used to indicate boosts in Nintendo's own racing series.

Be on the lookout for the latest Sega-backed kart racing experience when Team Sonic Racing makes its debut on May 21, 2019 for the PlayStation 4, Xbox One, Nintendo Switch, and Windows PCs. For more top-tier gameplay footage and exclusive video, be sure to check out the Shacknews and GamerHubTV channels over on YouTube.