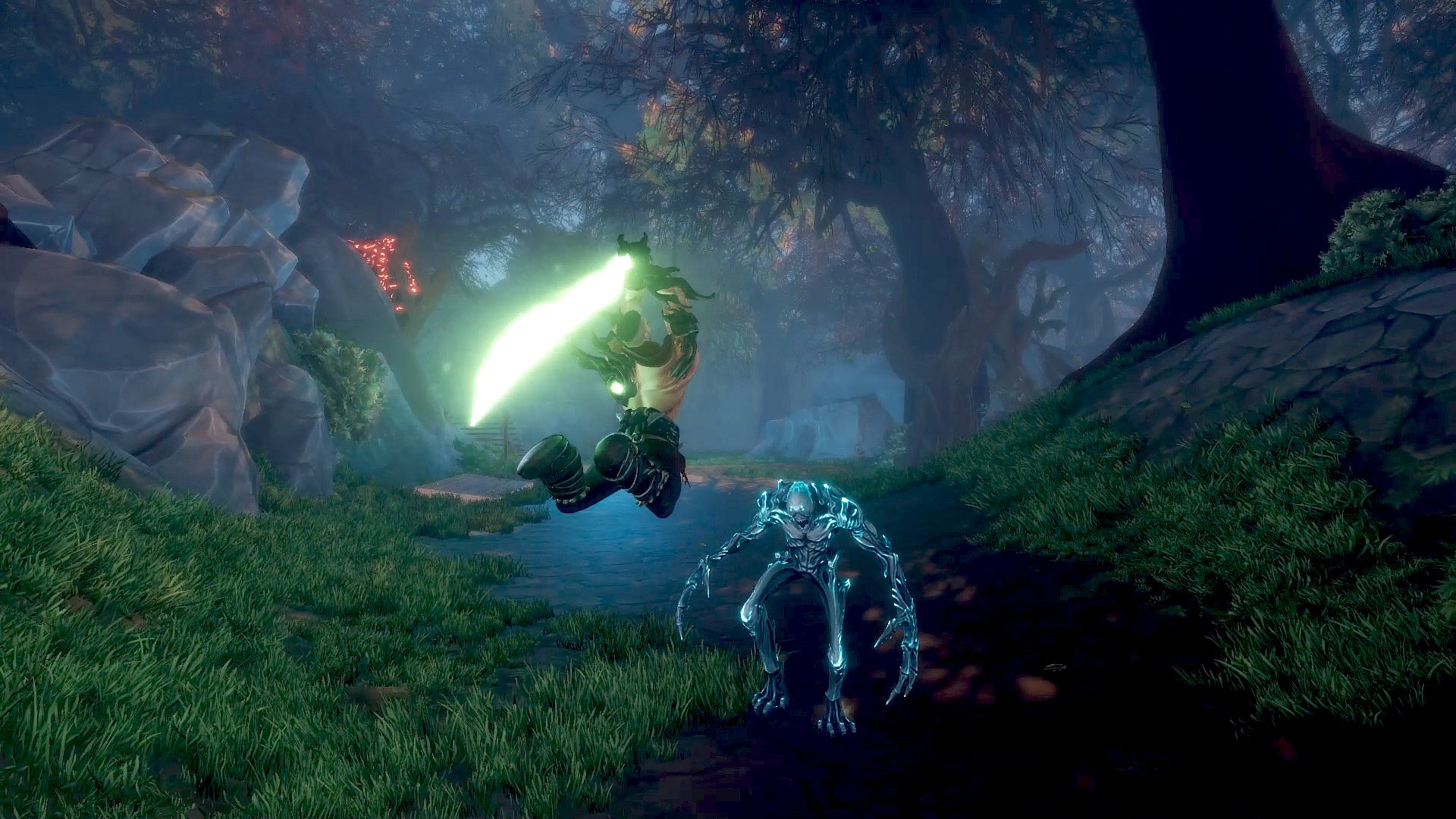 Gamers with a penchant for weighty, strategic combat will find plenty to love in upcoming title Warlander from Clock Drive Games. Combining lush visuals with a distinctly action-focused approach, the studio's latest title will allow players to slice through their enemies with glorious precision.

Shacknews was recently able to chat with Goran Rajsic, creative director for Clock Drive Games, at Reboot Develop Blue to learn more about the studio's upcoming release. Check out our interview in the video below.

Warlander is an action/adventure game that "follows a fallen warrior that is resurrected by a forest god," the likes of which who wields a powerful sword that also acts as the hero's guide through the game. According to Rajsic, a primary focus of the action is precise sword targeting, where players have direct control over where they attack and how they wind up slicing through the game's various enemies. More than just a stylish way to cut through mobs, Warlander makes the action strategic, meaning players will have to aim their blade accurately in order to avoid enemy armor while dicing through the fleshy bits beneath.

It's a great looking game, too. Warlander's unique graphical approach was apparently borne of a desire to offer a style that makes for a "contrast to the [game's] dark world." The resulting mix is a blend of "Zelda and maybe a bit of Darksiders," but the developers insist that the game is not for kids despite its vibrant visuals.

Clock Drive Games hopes to release Warlander for PC, Xbox One, and PlayStation 4 in the fall of this year, with a "maybe" for a future Nintendo Switch release. Further details can be found over on the official Warlander Steam page. For more interviews the industry's hottest video game developers, be sure to check out the Shacknews and GamerHubTV channels over on YouTube.