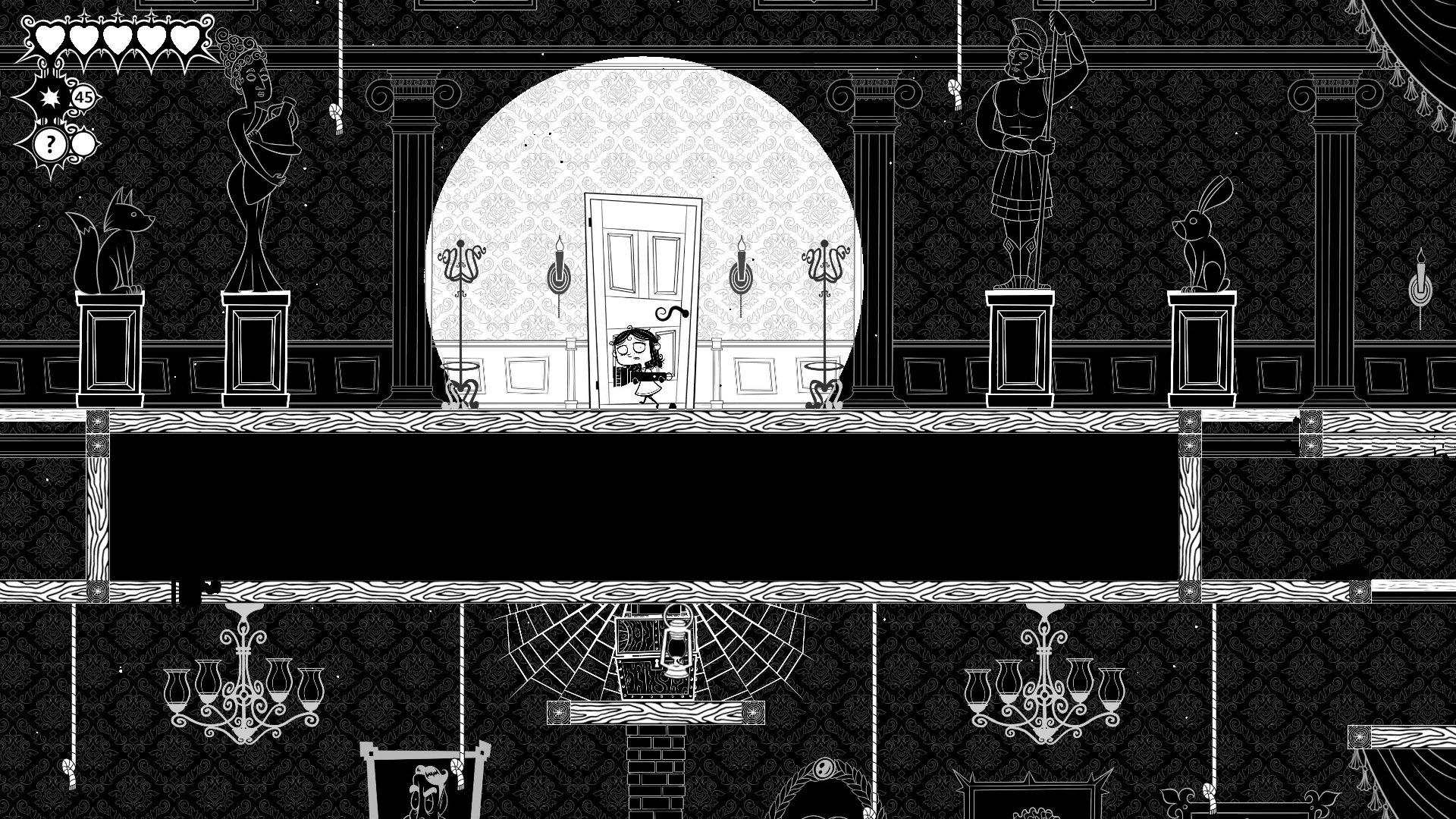 With a new wave of modern gaming technology comes the possibility for developers to implement interesting new game mechanics. Such is the case with Light and Dark, the upcoming title from the folks at Zerolife Games. Playing heavily on illumination as well as a lack thereof, Light and Dark tasks players with making their way through a mysterious old mansion full of dangers.

Shacknews was able to speak with Vladimir Bogdanic, director at Zerolife Games, at Reboot Develop Blue to learn more about the studio's monochromatic roguelike release, including its design inspirations and primary gameplay focuses.

As can be seen from the gameplay footage above, Light and Dark leans heavily on the protagonist's flashlight. As if a stark reliance on the light of a torch wasn't enough, the game also ramps up the challenge by throwing in roguelike conventions such as randomly generated levels.

"You play as Victoria Bloom, a young girl trapped in an old mansion afflicted by a mysterious darkness," the game's description reads on the official Light and Dark Steam page. "You have to find your way through the dark and face the horrors inside, with only your flashlight to light your path. The mansion is always covered in complete darkness and randomly generated so each play-through feels different and you never know what might be lurking behind the corner."

As for the game's style, Bogdanic says that the game's visuals are inspired by "early Tim Burton style of works; so very quirky [and] very very odd." The mansion itself seems to be able to rearrange and adjust itself at will, which is very much spooky indeed.

The crew at Zerolife Games are hoping to get Light and Dark into the hands of players by March of 2020. Interested players can find more details about it over on the official Light and Dark website. For more developer interviews with the biggest talents in the video games industry, be sure to check out the Shacknews and the GamerHubTV channels over on YouTube.