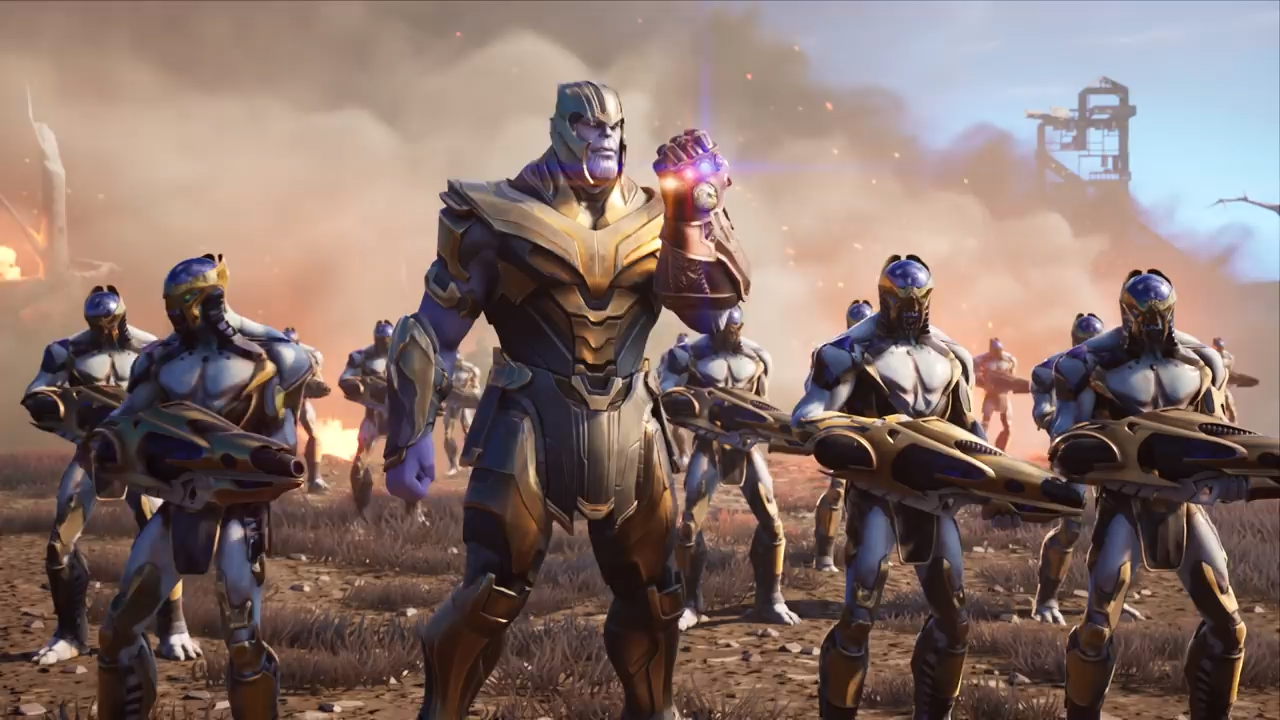 Fortnite fans may recall that last year Thanos took over in-game, complete with his own version of the Infinity Gauntlet. This year, he's back once more, just in time for the debut of Avengers: Endgame in theaters. This time around, though, things are a little bit different. Thanos didn't come alone.

The Mad Titan has returned to Fortnite with a team of Chitauri warriors that you'll be tasked with taking out. The latest Fortnite Endgame Limited Time Mode will let you team up with your friends to try and defeat him, all the while wielding Avengers-themed weapons and clad in Avengers-centric skins.

The hero team (the good guys) will try and get rid of the Chitauri forces and take out Thanos, while the villains will work to grab all six Infinity Stones found across the map. On the villains' team, whoever gets the stone first will transform into Thanos, which makes the mode feel a bit like it did when it debuted last year. Each time a Chitauri recovers an Infinity Stone, they get even stronger, with certain stones offering health boosts, siphoning, doubled jump height, and other boons that make it good to be bad.

As you play, you can complete additional challenges to unlock new Avengers-themed sprays, gliders, costumes, and more. This is the good stuff if you're an Avengers fan, guys. so if you've been sorely missing Thanos ever since last year's event, you'll definitely want to hop back in-game and have fun with the event, which is live now.

In the meantime, Avengers: Endgame is about to drop on Friday, April 26, so if you can't wait to see how the Infinity Saga comes screeching to a halt (in a positive manner, hopefully, for all you fans out there) you'll want to make it a point to get your butt to a theater this weekend, that is, if all the showtimes aren't already sold out.

For additional details on the event, be sure to check out the official event announcement page via the game's website.