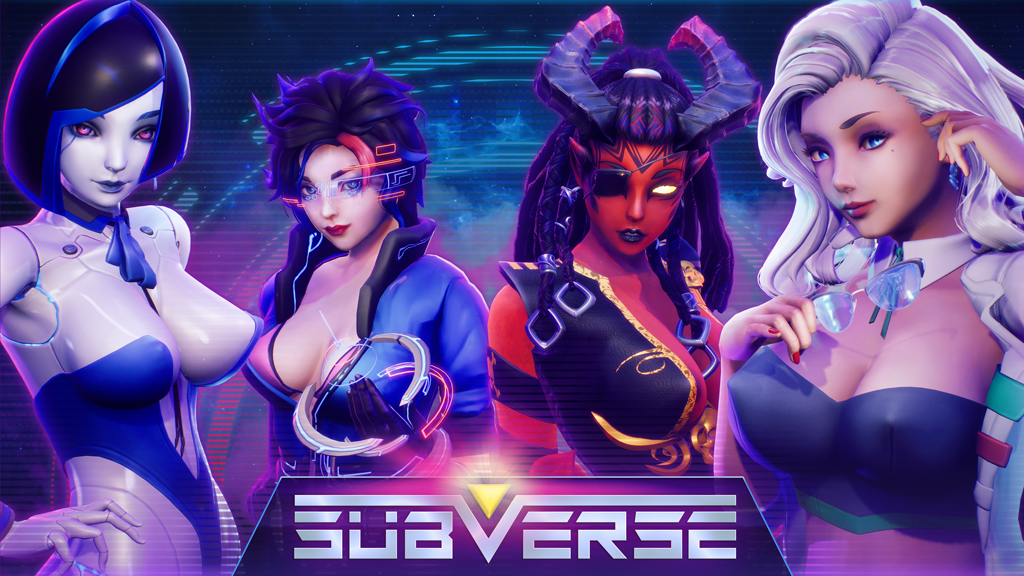 When it comes to adult-oriented video games, there simply aren't that many out there. And when people try to make them, their attempts are usually labeled as childish or unnecessary. We don't get them from the big publishers, so people have to make them on their own.

That's what's going on with Subverse, a tactical RPG/shoot-'em-up hybrid that's been seeking funds on Kickstarter. After asking for only $129,917, with 8 days to go until the campaign is complete, it's attracted over $1 million, and it's on its way at the time of writing to $1.3 million. That's a lot of money.

The game lets you explore the Prodigium Galaxy, which is ruled by a bunch of "puritanical, oppressive douchebags" who hate sexy things. Using a black ops squad of "knockout waifus," you've got to take them out of control. As you assemble your deadly alien waifu team, you'll get to know them and they'll start "doing things" for you. I think you know what kind of things I'm talking about here. Yes, you can have sex with the members of your team, as the Kickstarter page says. And honestly, given how bad Mass Effect Andromeda was, I'm here for any kind of romance in-game that lets us explore these things.

You'll hop aboard a ship called the Mary Celeste as you push through the universe and destroy your enemies, all the while completing sidequests, looting other ships, and purchasing upgrades to keep everything fighting fit. You may even find a few nudie magazines, who knows? The game is split up into plot-driven shmup missions or tactical grid RPG turn-based combat depending on which approach you'd like to take as yo defeat space pirates, bounty hunters, and other various enemies that want to see anything in the name of sexiness fall.

It honestly looks like a lot of fun, and if you're still not convinced, the trailer above may very well convince you.

Check out all the awesome waifus and decide whether you want to contribute to the project via the official Kickstarter for Subverse.