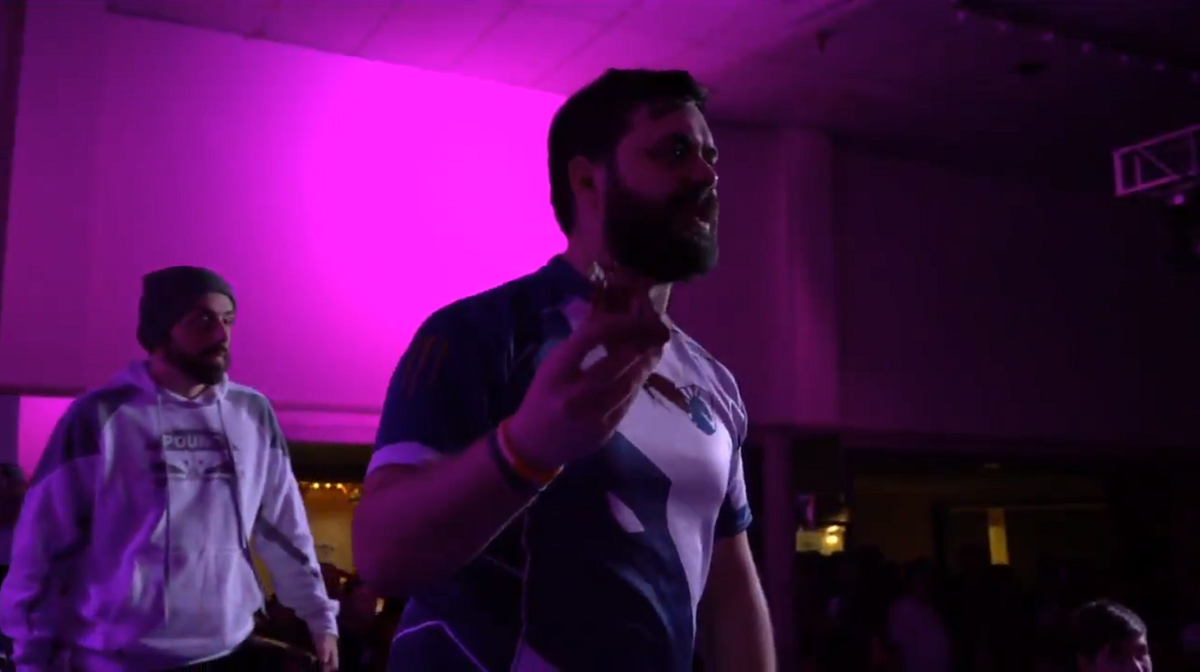 Hungrybox had a crab thrown at him after winning Pound 2019

Super Smash Bros. Melee is an intense esport that is well into its second decade of providing exciting moments of competition. This was true this past weekend at Pound 2019, where the tournament organizers set up both Melee and Ultimate brackets for pros to duke it out. The world's number one player Hungrybox ended up taking down fan favorite Mang0 after a bracket reset in the grand finals, but what happened immediately after the match was pretty darn bizarre. An attendee threw a steamed crab at Hungrybox while he was getting up to celebrate his victory. Please take a look.

Someone had a random steamed blue crab sitting on a chair....

Hungrybox had an amazing run in the tournament fighting back from the losers' bracket to defeat Mang0. Many fans in attendance were pulling for Mang0, so Hbox's victory was a bit of a disappointment for the crowd. Hbox unleashed some really impressive new strategies with some never-before-seen edge guards. It is not surprising that he finds himself ranked number one in the world at Melee. It is really impressive to see the game's meta continue to change nearly 18 years after its release on Nintendo GameCube.

It is not even remotely okay to throw something at an esports player at a tournament. Pound 2019 has not provided an explanation of how the crab got passed security. Several people in attendance described the throwing of a crab as a very Maryland thing to do, but this is about player safety and respect. Hungrybox deserves praise for the effort he exhibited to win Pound 2019, and most Mang0 fans gave him props at the end of the tournament.

One bad actor can make the community look bad, but the tournament organizers and security did a great job of quickly acting to remove the attendee responsible for tossing a crab at the main stage. Hopefully this will lead to better security protocols to prevent other players being put in danger at esports events. Congratulations to Hungrybox on his Pound 2019 win, he certainly showed everyone how to do it for Shacknews.