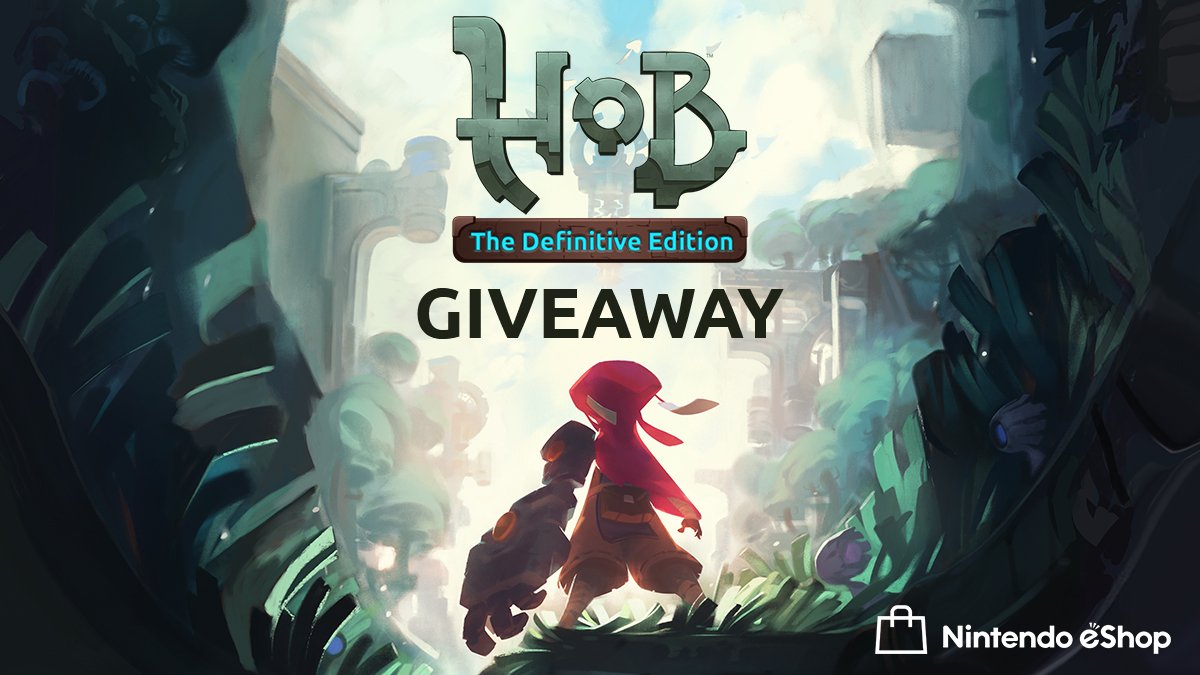 It's time for another Shacknews giveaway. We have teamed up with Runic Games, the creators of the Torchlight franchise, to give away five keys to Hob: The Definitive Edition on Nintendo Switch. You can enter using this handy dandy widget embedded below. Entrants should be over the age of 13.

In Hob: The Definitive Edition, players will transform and traverse the game's mysterious world. The vibrant, atmospheric setting of the adventure is a brutal world in disarray. Players will delve into mysteries around them and find a planet in peril. The folks at Runic Games have highlighted some improvements and features only available in this new Nintendo Switch version.

Our friends at Panic Button, winners of the 2017 Do it for Shacknews Award, ported the game to Switch. Thanks to the team at Runic Games for providing us with these keys to give away. Be sure to enter with the Gleam widget between now and 8:59PM PT on April 29, 2019 for a chance to win. We will select the five lucky winners at that time. Do it for Shacknews!