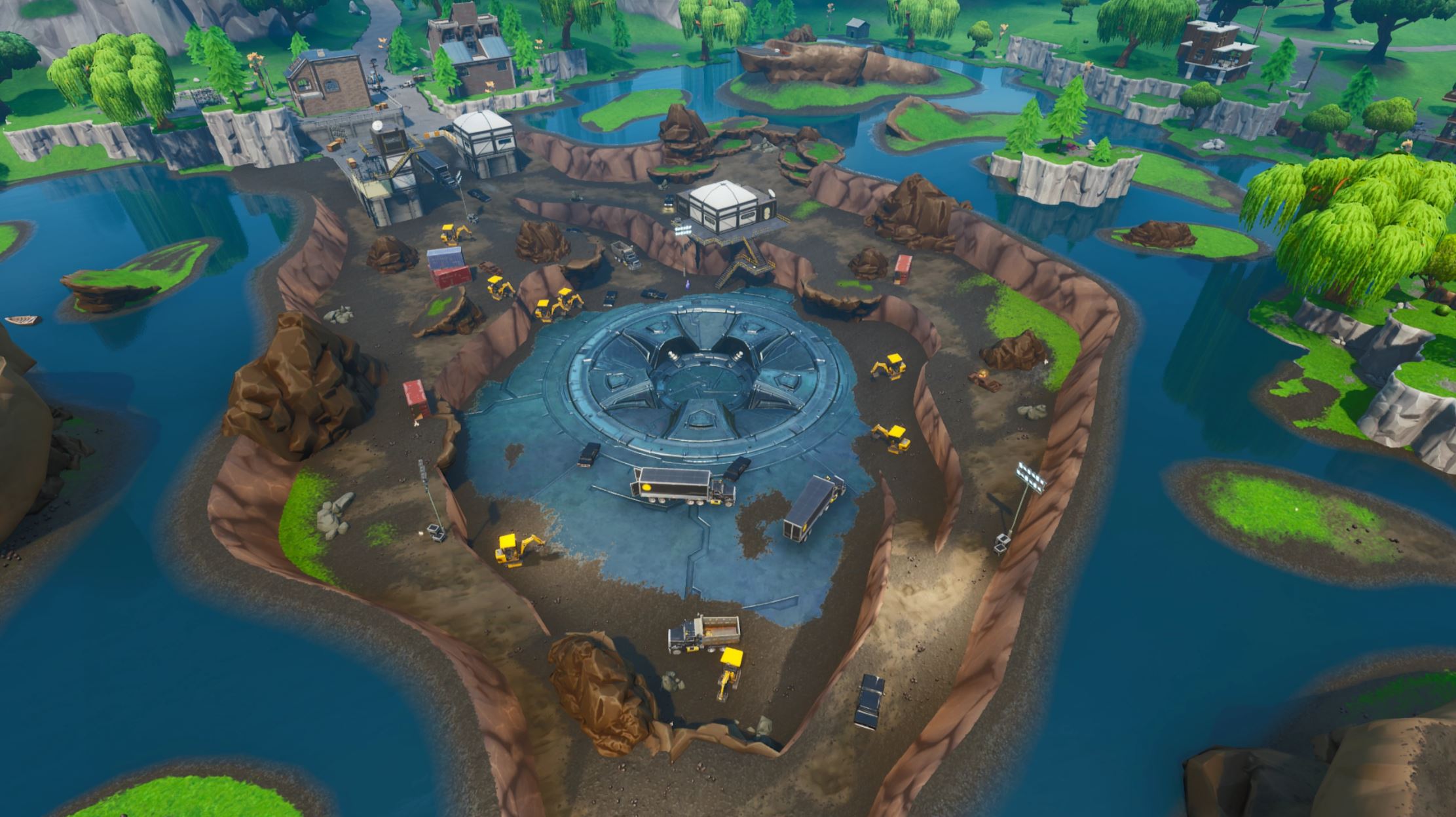 With the release of update v.840 earlier this week, a massive vault was found underneath Loot Lake. Over the past couple of days, events in Fortnite as well as information pulled from the game files by dataminers have suggested that we might see a new in-game event taking place at Loot Lake over the coming days.

Originally the massive vault was the only discovery, however, earlier today players reported the appearance of a massive metal object with a glowing rune projected from it. Having appeared out of nowhere, the object quickly drew the attention of several players, who have continued to deal damage to it, pushing it towards a currently unknown target. Based on the symbol of the rune, and the overall appearance of the object, it appears to be directly tied to the vault that was unearthed at Loot Lake. However, at the time of this writing, the object was continuing westward despite being almost directly south of Loot Lake.

According to Twitter user and Fortnite leaker, ShiinaBR, Rune #1 (as the community has come to call it) now has over 100 million HP as of two hours ago. Each time that it loses its HP, it moves forward, gaining even more HP.

Update: It now has 100 million HP. Every time it moves, it seems to be gaining more HP. https://t.co/vaHAFzwnV1

There are a lot of theories about what might be coming over the new couple of days, as players work to try to sort out what the rune is and exactly what the vault at Loot Lake is. Those who have been following Fortnite since its early seasons will most likely remember the magical cube from Seasons 5 and 6 that was eventually destroyed above the Loot Lake area. Some Fortnite theorists believe that the vault that has been discovered contains the remnants of the Cube, which was locked away. Of course, others believe that the entire thing might be a flying saucer, that will rip out a large chunk of the island as it takes off at some point.

According to well known Fortnite leaker, HYPEX, Rune #1 appears to be following the same style of path that the Cube followed in earlier seasons of Fortnite. This, of course, lends further evidence to the theory that the vault at Loot Lake is somehow related to the Cube.

What we do know, right now, is that there are strange things happening in Fortnite, and we’re going to do our best to keep you up to date on them. This story will continue to develop as we uncover more information about it. Make sure you stay tuned as we try to get to the bottom of the recent happenings in Fortnite and figure out exactly what this Loot Lake in-game vault event is.