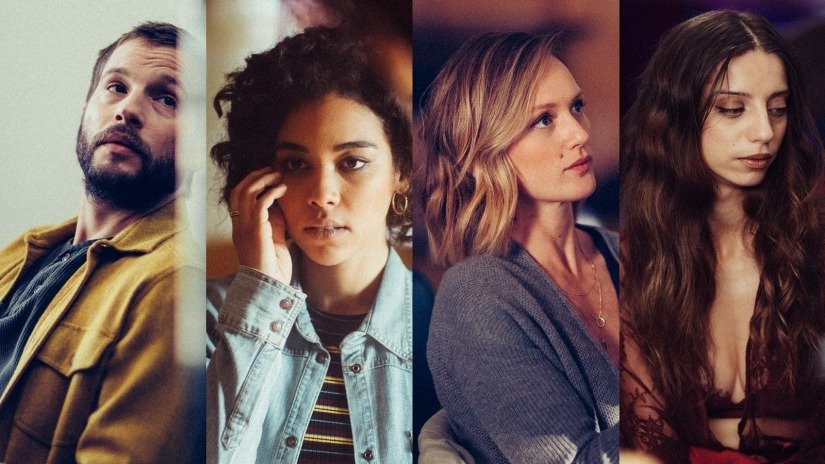 Developer Sam Barlow and Annapurna Interactive have released the first teaser trailer for Telling Lies, the spiritual sequel to Barlow's Her Story.

The teaser shows some of the cast, including Logan Marshall-Green, Alexandra Shipp, Kerry Bishé, and Angela Sarafyan, in some of the situations you'll find them in the game. It puts players at an anonymous laptop computer that just so happens to be loaded with a stolen NSA database. It's chock-full of footage, all of it following the lives of four different people, played by the aforementioned actors.

The four people are linked together by a "shocking incident," which the developers have yet to discuss in any promotional materials. The game's up for wish listing on Steam right now, and mentions the type of mature content it contains as including "strong language and some sexual content." Perhaps the incident has something to do with sexual content, though we don't know for sure just yet.

As a reminder, Her Story was a full FMV game where you were tasked with piecing together a woman's recorded statements to the police to tell some sort of story about whether her husband was indeed murdered or just gone. It may not sound like much, but it was an exciting and intriguing experience that required you to search the in-game computer for certain keywords that would culminate in various clips.

But while the games are similar, the Steam description proclaims that Telling Lies is "unlike anything you've played before."

"Telling Lies is an intimate and intense experience," the description continues. "A game where you decide the truth."

Looks like we'll have to see what all that means. Right now there isn't a concrete release date for Telling Lies, but we're looking forward to parsing the story and picking through the clues.