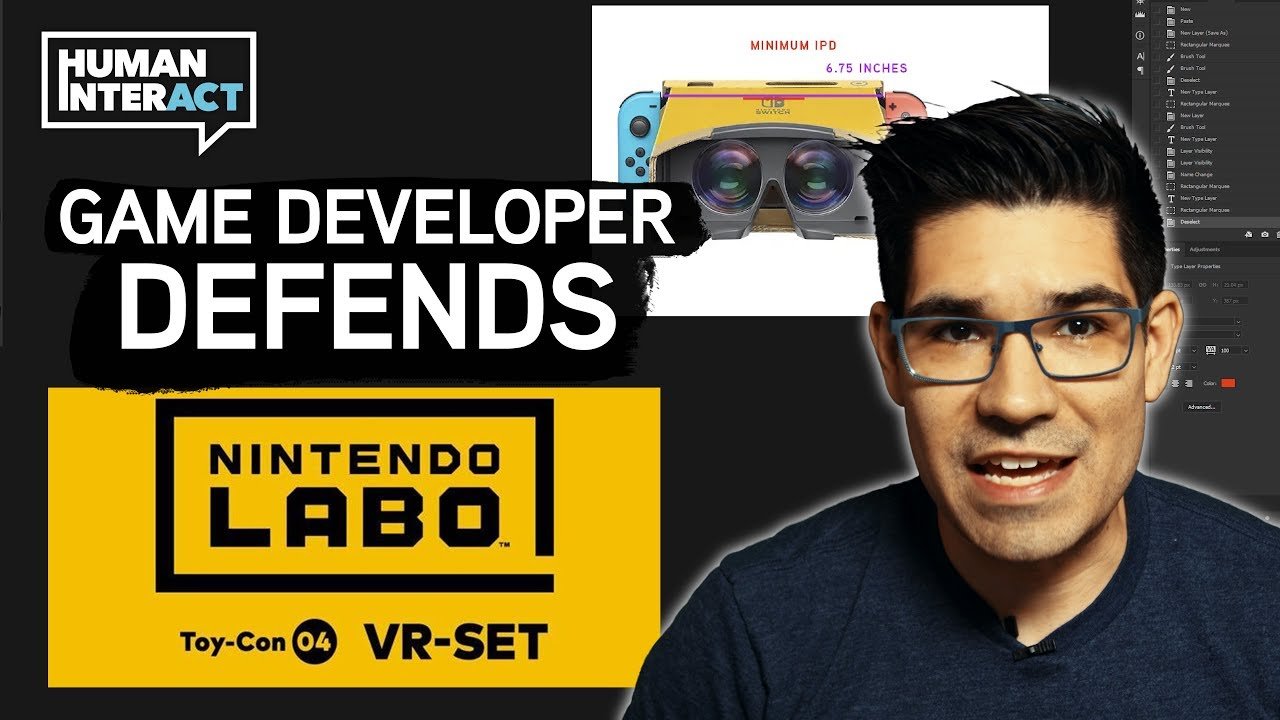 Game developer veteran Alexander Mejia took to YouTube to discuss his thoughts on the upcoming Nintendo Labo VR with some interesting thoughts on what it might offer.

Mejia is the founder and CEO of Human Interact, the developer of Starship Commander, a VR adventure that sends you up into space to pilot a military ship as you discover new worlds, interact with other characters, and even talk to them how you want.

While many are talking trash about the playset with no real reason to do so (they clearly haven't played it yet), Mejia is a developer who has worked extensively with VR before, and has some interesting thoughts to share on the matter with those who may not really be into the idea of seeing all this come together with Labo's vision of VR.

First, the basics as Mejia lines out. The Starter Set and Blaster comes for $40, with a full set for $80. You can also buy special expansion kits for $20 apiece that will essentially culminate in everything that comes with the full kit. It's the same price either way. The experience comes with a Toy-Con Blaster, Toy-Con Camera, Toy-Con Bird, To-Con Wind Petal, Toy-Con Elephant, and Toy-Con VR Goggles.

Mejia notes that the experience is first and foremost a toy, and explains why this matters in the video. For one, the IPD (interpupillary distance) is fixed, and Mejia estimates it will be 10 mm shorter than what's possible on the Rift and Vive. The Rift is only designed for users 13 years and older. That means this Labo setup is just right for kids 6 and under, as a VR experience aimed at children. As such, it's not meant to be a replacement for the more high-powered VR setups available on the market, nor should it be taken as such

Mejia talked about how he anticipated the VR toys will require no positional tracking and it will have no motion-tracked experiences. Of course, these are just ideas that Mejia shared on the upcoming playlet, but the bottom line is this: these experiences are meant to be fun, enjoyable riffs on VR and not the "new hotness," so to speak. Give it a watch – it's pretty interesting.