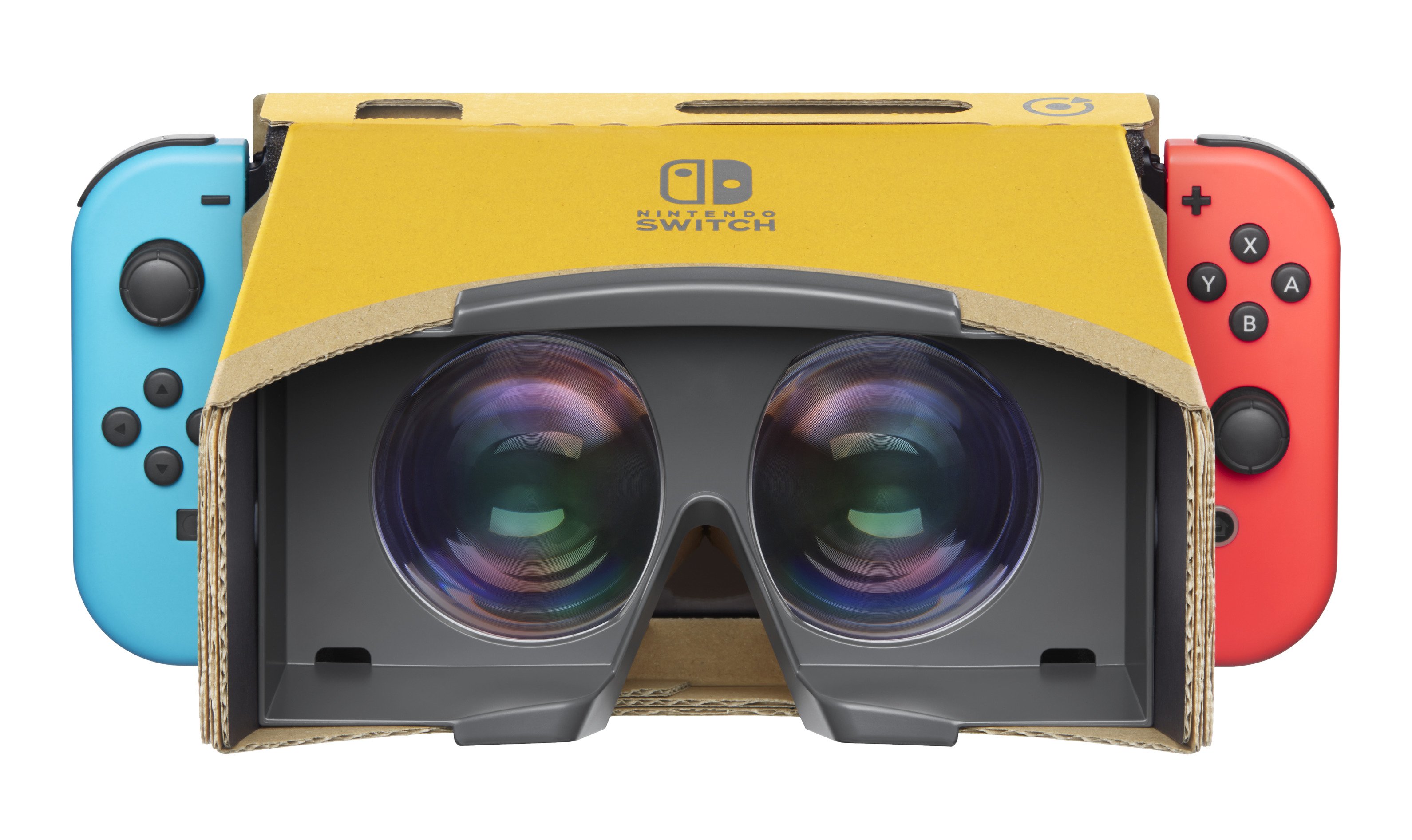 Nintendo Labo has been in the business of making gaming experiences out of cardboard for over a year. But Nintendo isn't stopping at making pseudo backpacks, steering wheels, and submarines. Nintendo wants to start looking into the idea of virtual reality, leading to the sudden Wednesday reveal of the Nintendo Labo: VR Kit.

Yeah, let's pretend for the sake of argument that this unfortunate thing never happened.

Anyway... ahem... The Nintendo Labo: VR Kit is the fourth Labo kit to be released. It represents Nintendo's first foray into the realm of basic virtual reality. The new kit will offer six new Toy-Con creations to build, with the centerpiece being the Toy-Con VR Goggles. This opens the door to a handful of VR experiences, such as an alien-blasting game where players use the Toy-Con Blaster and a sightseeing experience where players take photos with the Toy-Con Camera. The Toy-Con Garage mode will also open the door for users to put together their own custom experiences.

The Toy-Con VR Goggles utilize Labo cardboard pieces and the Nintendo Switch, though not a head strap. According to Nintendo, the idea is to share these experiences, so removing the head strap is done as an incentive for users to share the peripheral with nearby friends and family.

The full Nintendo Labo: VR Kit will sell for $79.99 and come with the necessary software and materials to put together the Toy-Con VR Goggles, Toy-Con Blaster, Toy-Con Camera, Toy-Con Bird, Toy-Con Wind Pedal and Toy-Con Elephant, along with the Screen Holder and Safety Cap. The Starter Set and Blaster will sell for a lower $39.99 and come with the materials to put together the Toy-Con Goggles and Blaster. Those who pick up the basic Starter set can pick up the other materials separately at a later date via two separate Expansion Sets.

The Nintendo Labo: VR Kit, as well as the Starter Set, will be available at retail on April 12. Those who purchase the latter can pick up the Expansion Sets exclusively form the Nintendo Store. Those curious about the other Labo kits can check out our reviews for the original kit and the Vehicle Kit.