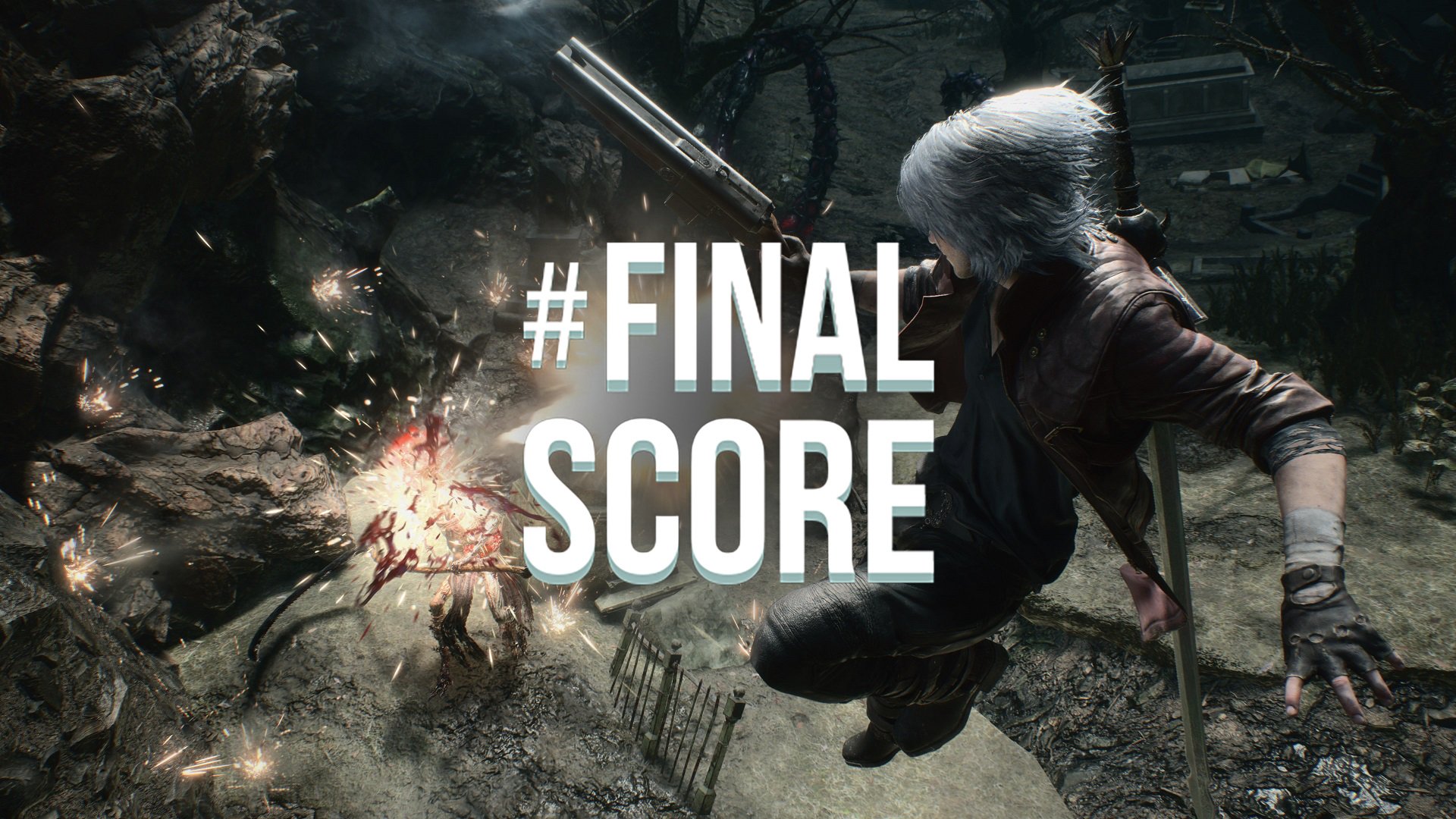 It's been years since Capcom released a new Devil May Cry. Wisecracking demon hunter Dante has been fighting unspeakable horrors for four games. Then he briefly started over in a reboot. Then Capcom decided to pretend that didn't happen and just kept right on trucking with Devil May Cry 5. Now that the fifth chapter in the series has arrived, has Dante maintained his irreverent charm? Are new characters like V and Nico good enough additions to help DMC5 stand out above its predecessors?

Today we'll revisit the Shacknews review to answer these questions. We'll also put it alongside reviews from across the gaming world, making sure to toss in platform-specific reviews to add in their thoughts. Take a look and judge for yourself whether it's time to ride with Dante one more time.

Shacknews 9/10: "Devil May Cry 5 is an excellent action game. It's an even better Devil May Cry, perhaps the best the series has seen just yet. It's aesthetically pleasing in ways I never thought possible for the series, and chock-full of love for the fans, oozing out of every pore. From the throwback naming of demons that hearken back to the earlier days of the franchise to the style that drips out of every orifice, this is the best that Devil May Cry gets and more. Some fans may find the open-ended conclusion a bit frustrating, but I found it the perfect way to start laying groundwork for additional titles in the future. And judging by this game's quality? We're going to need them sooner rather than later. Trust me on this."
-Brittany Vincent

USGamer 4.5/5: "Devil May Cry 5 is an excellent return to form for the franchise, not only closing out one story, but setting its world up for a bright future. Yes, it relies on visual polish, a cheeky tone, and metal rock bombast to propel it forward, but underneath all that is a perfect action combat game. Director Hideaki Itsuno and his team know what they're doing. Platinum Games' Bayonetta may match it in over-the-top action, but Devil May Cry 5's fundamentals are tighter. Devil May Cry is back. Hopefully it won't be another decade before we get another."
-Mike Williams

Easy Allies 9/10: "Devil May Cry 5 has a lot going on in almost every possible way. Some ideas such as gold orbs and linked missions feel undercooked, yet it's hard to describe the fighting as anything other than spectacular. The number of options within any single battle is nothing short of ridiculous. If most games are defined by having a bunch of ideas and then trimming them down to the best ones, it's almost as if DMC5 couldn't say no when it came to weapons or abilities while also taking the time to give each a strong purpose. Beyond the mechanics, what lingers even longer is that some of the encounters, especially toward the end, are exciting because you'll care about the events that led to them. Devil May Cry 5 has been a long time coming, but it feels like hitting the jackpot."
-Ben Moore

Destructoid 10/10: "I'm going to be playing Devil May Cry 5 weeks from now in the short term and years from now long term. This is the sort of fine-tuned wacky action game the genre deserves."
-Chris Carter

PC Gamer 90/100: "I’ve been hitting demons in this game for 19 hours so far, and I can easily see myself putting in 19 more. The setting lacks the flair and imagination of the genre behemoth Bayonetta, and those boss fights make it a slightly more uneven experience, but there’s a greater variety of combat styles and a higher degree of challenge that will will keep me playing until Capcom hopefully releases another one. If you enjoy third-person brawlers DMC5 is a must, and if you've never tried one before, this is a great place to start. What a treat."
-Tom Senior

PlayStation Lifestyle 8/10: "If you’ve played action games like Bayonetta, Metal Gear Rising: Revengeance, and Ninja Gaiden, you’ll feel right at home with Devil May Cry 5. It takes that familiar action gameplay, then adds an immense level of polish and some over-the-top battles that give it personality. My biggest piece of criticism is the way V’s combat works, which might not even be a problem for you, depending on your play style. DMC5 leans into silliness in such a way that had me smiling for most of my time with it and if you can get past some of the minor gripes I had, you’ll probably enjoy it. It’s hard not to love wiping the floor with demon guts while dual-wielding a motorcycle as a weapon as heavy metal plays."
-Joseph Yaden

Xbox Achievements 91/100: "Devil May Cry 5 is a game with swagger. Effortlessly, achingly cool, it oozes pure style from every pore. That much is obvious from the cinematic opening credits, a sequence in which Nero leaps out of the window of an RV, shooting demonic insect Empusas with his Blue Rose pistol in stylish slow-motion. It's utterly glorious and a clear statement of intent from the off that Devil May Cry is back with a resounding bang."
-Richard Walker

"Style is everything, and Devil May Cry 5 has it in spades. It's in the blithe way rakish new character V holds a book of poetry and reads from it in the middle of battle. It's in the adolescent aggression that flows through the attacks of Nero, the character who was front and centre in the last numbered entry finally coming into his own here. It's in the swagger of Dante - oh that sweet, sweet swagger - who brings along every trick he's learned in the series' long history alongside a few new ones. It's an outrageously broad vocabulary of punishment that Devil May Cry 5 boasts."
-Martin Robinson

Devil May Cry 5 is available now on PC, PlayStation 4, and Xbox One. If you do decide to pick it up, be sure to keep up with our increasing list of guides.