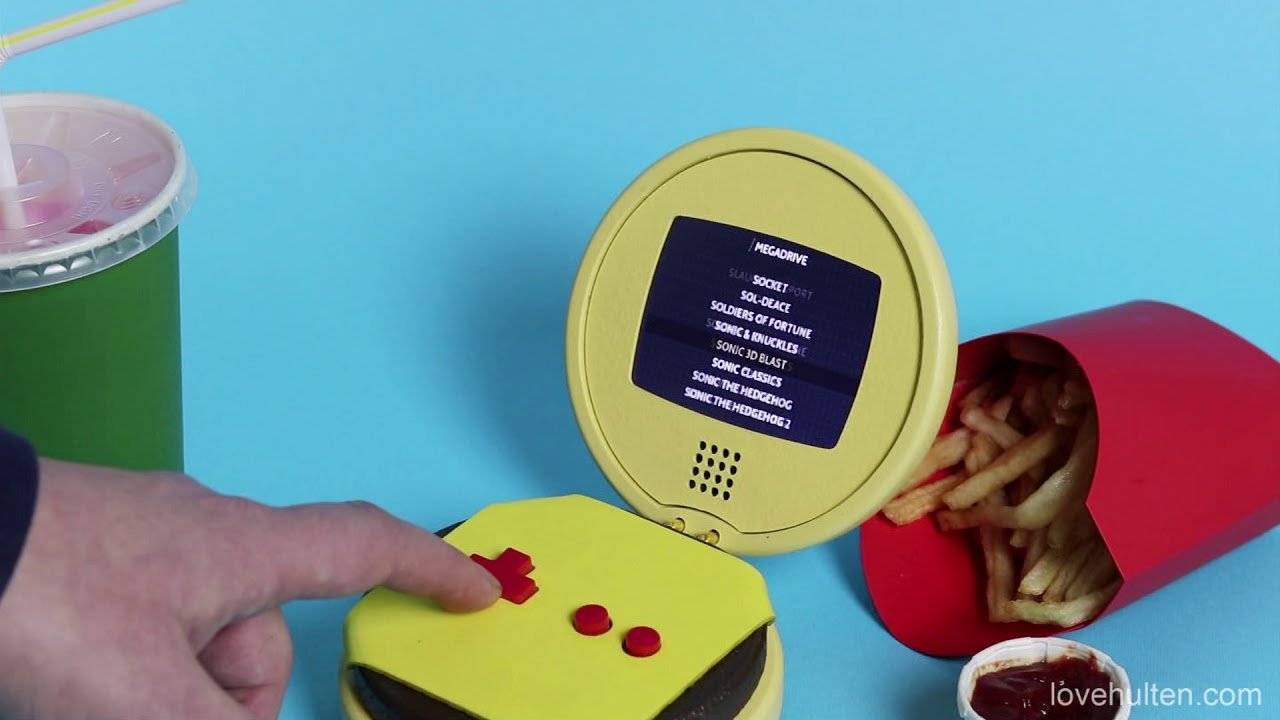 Game Boy Advance SP who? Nintendo Switch what? There's a new player in town, and it looks good enough to eat.  There are some truly insane video game mods out there, but haven't seen anything until you've seen the Game Burger Advance. We're willing to wager you haven't either.

It's exactly what it sounds like: a portable video game console the looks like a delicious burger with a slice of cheese on top and red buttons that resemble ketchup. It has a tiny screen in the top of the "bun" and the entire thing fits in your hands much like a Game Boy would.

The creator, Love Hultén, put together a video showing off how the adorable little player was assembled, and it certainly looks like a painstaking project with a lot of woodcutting, gluing, sanding, and eventually painting the parts to resemble a golden, delicious hamburger bun for you to bite into – or not, you'd break your teeth on this one.

Unfortunately, there's no commentary on the video to help you parse what you're seeing, but just know there's a lot of smart craftsmanship at play here with plenty of cool tech. This guy made it from scratch, remember, and it looks like a product you could go buy at the store. It's honestly crazy.

It looks like it's loaded with some pretty sweet roms in the first video, though we're not sure what it runs on. If you wanted to make a hamburger game player, though, you definitely wanna call up this guy and see how he did it, because you're going to need some more detailed steps beyond just watching this video, as cool as it is. For now, bask in the glory of how awesome it is. Seriously, it's probably the coolest game-related home project you'll have seen all week. We wouldn't lie to you.