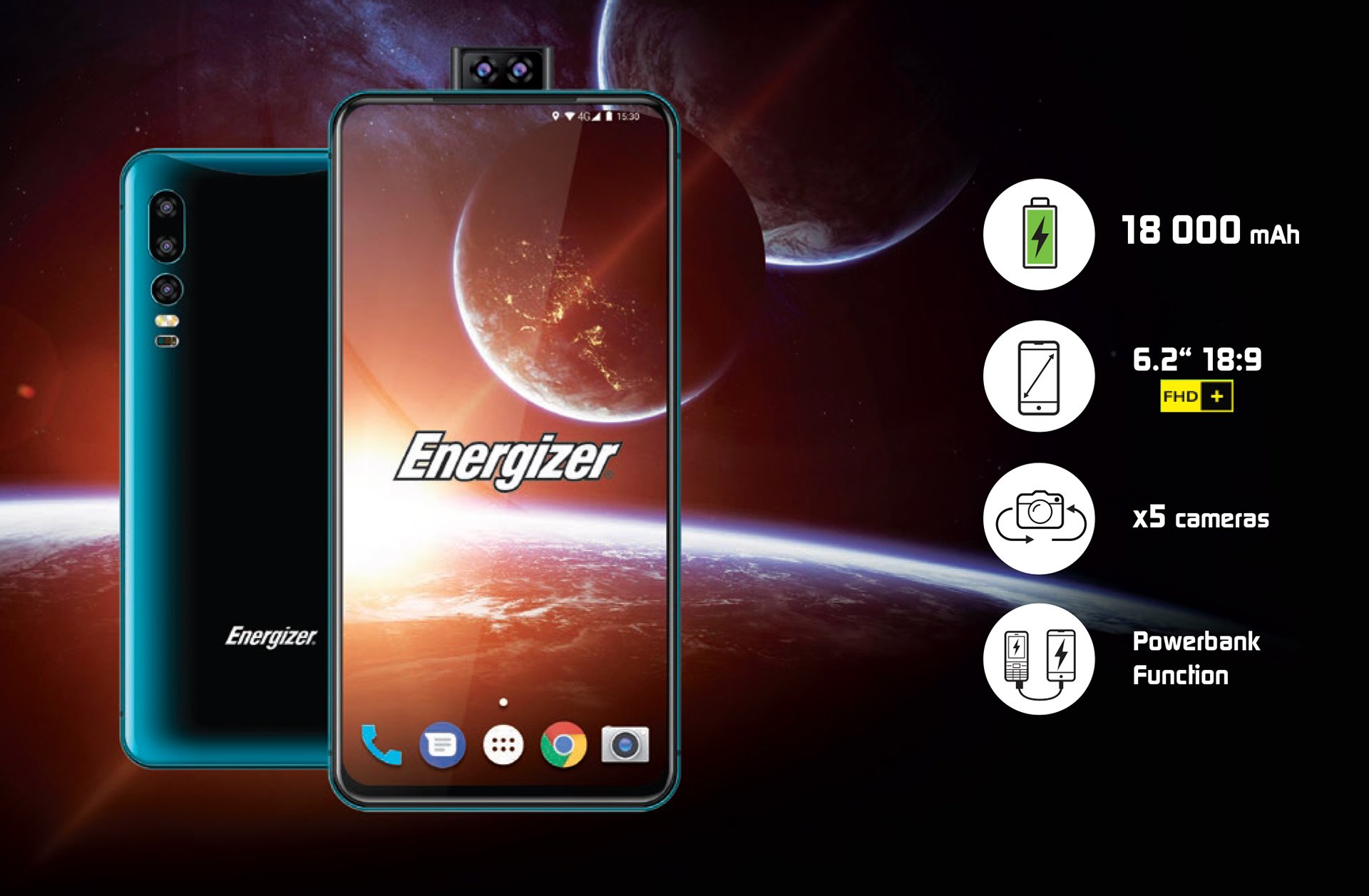 Energizer's smartphone with an 18,000 mAh battery is thick

The new Energizer smartphone measures 18mm of thickness, and looks like a few iPhones stacked one on top of the other. It's an absolute unit, boys, and while it may not win any design awards, at least you know while you're using it that you're definitely not going to run out of battery. How could you possibly run out when you're being juiced up by this bad boy?

Manufacturer Avenir promises a week's worth of use, two full days of video playback, and plenty of weird looks if you happen to whip this out in front of a room full of people. But aside from its weird design, it actually doesn't seem like that bad of a phone. It features a 6.2-inch LCD display as well as a cool pop-up module with two selfie cams, a MediaTek processor, 128GB of storage, 6GB of RAM, and Android 9 with fast charging. A full charge will take eight hours, but it appears you won't need to do that very often if you use the phone sparingly.

The phone is set to launch this summer, when it all take the throne for biggest battery on a smartphone in the world, but it remains to be seen if its performance overall will rival how good its battery is. Of course, it's going to be a monster to cart around everywhere, so if battery like this is a huge concern, you may just want to opt for carrying a portable charger and a cord instead of melding it with your phone, as that seems like the most viable option here.