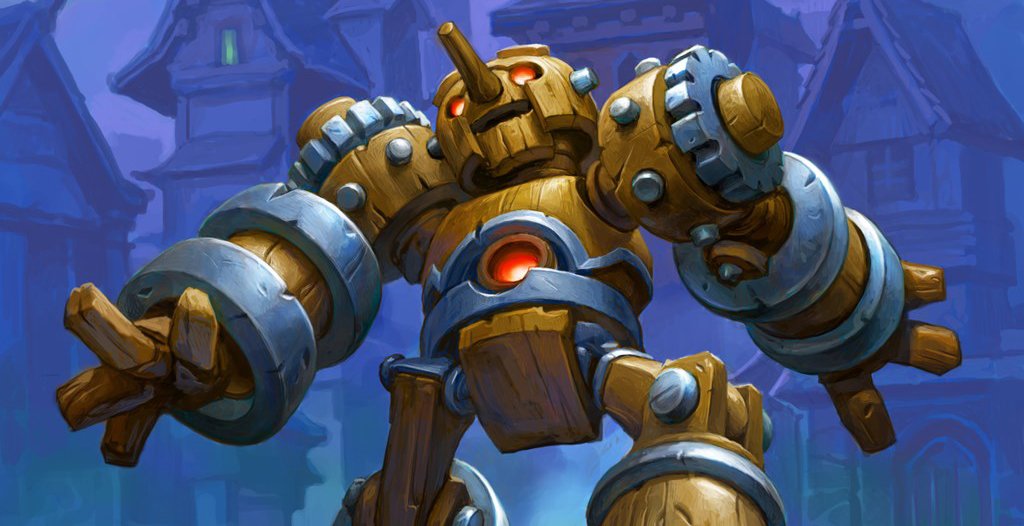 Normally, Hearthstone takes part in the Brawliseum at the start of a new expansion. Blizzard likes to see how its players can do in an Arena format with new cards at their disposal, challenging them to rack up 12 wins before they can pick up three losses. With the first outing being free, it's a good opportunity to pick up some nice rewards.

In lieu of the normal weekly Tavern Brawl, Blizzard is bringing back the Brawliseum, but with Miniature Warfare moves. What this means is that players assemble a Standard deck of 30 cards, but all minions will be 1/1 and cost just 1 mana. That means an additional degree of strategy is required, but with the rewards still being as high as they ever were, you'll still want to go in with your best deck possible.

And that's why Shacknews is here today. With the first Brawliseum outing being free of charge, we're looking through and finding the best decks to ride to victory. Here's what we found.

With all minions going for cheap, effects and spells are king. That means one-turn kill decks like the Combo Priest can reign supreme in this Brawliseum. The key is in drawing as many cards as possible to get to your killer spells and your killer legendaries. Gadgetzan Auctioneer and cheap spells can run through your deck quickly. Radiant Elemental will give you a nice spell discount, while your Prophet Velen, Malygos, and however many copies that come via Faceless Manipulator or Mirage Caller soup up those spells enough to score an early kill.

Mage is capable of doing massive face damage in a single turn, especially with Sorcerer's Apprentice available to discount those big spells. Mage gets a valuable card draw tool in the form of Stargazer Luna, but Gadgetzan Auctioneer will help a lot here, as well. If you can ward off your opponent long enough, the Fireballs generated from the now 1-mana Archmage Antonidas should be enough to carry you on to victory.

The Token Druid takes a different route. It tries to overwhelm the opponent with sheer force of numbers. Many of these minions summon more than one thing, either via Battlecry or Deathrattle, while the Druid's spells either buff them up or go straight for the kill. Open with either Alexstrasza or Onyxia and get to work early. Use Bonemare to really apply some early-game pressure.

Full credit to one of the intrepid users of r/CompetitiveHS for this particular deck. The idea here is to take advantage of some key minion discounts to make the most of Odd Hunter's 3 damage to face Hero Power. Blackwald Pixie and Clockwork Automaton will give opponents fits, especially if that Turn 1 Alex comes out to play. Goblin Bombs will prove to be another key tool for victory, so fire them early and often. Use the tools provided to get Odd Hunter off to some surprisingly fast starts.

Don't look at me like that. Did you think I wasn't going to try this out personally? For science?

Yes, the Malygos Rogue is a big winner here. Your tools for victory are Malygos and the two Faceless Manipulators, with the Rogue's cheap face spells killing in as early as four or five turns. I even managed to score a Turn 3 kill at one point, thanks to the help of the Turn 1 Alex.

Card draw is essential, because if you don't draw Malygos, you're cooked. Fortunately, Spirit of the Shark and Elven Minstrel can help with this. Play them in a single turn and draw four mininons, which will often be either Malygos or either of the two Faceless Manipulators. Use other card draw tools, like Mimic Pod and Sprint to draw your essential spells, like Sinister Strike, to go in for the kill. Use Preparation carefully, often with a Gadgetzan Auctioneer to help get your card draw train rolling.

How's your Brawliseum experience going? Are you using any of these decks? Or are you winging it and seeing what works best for you?