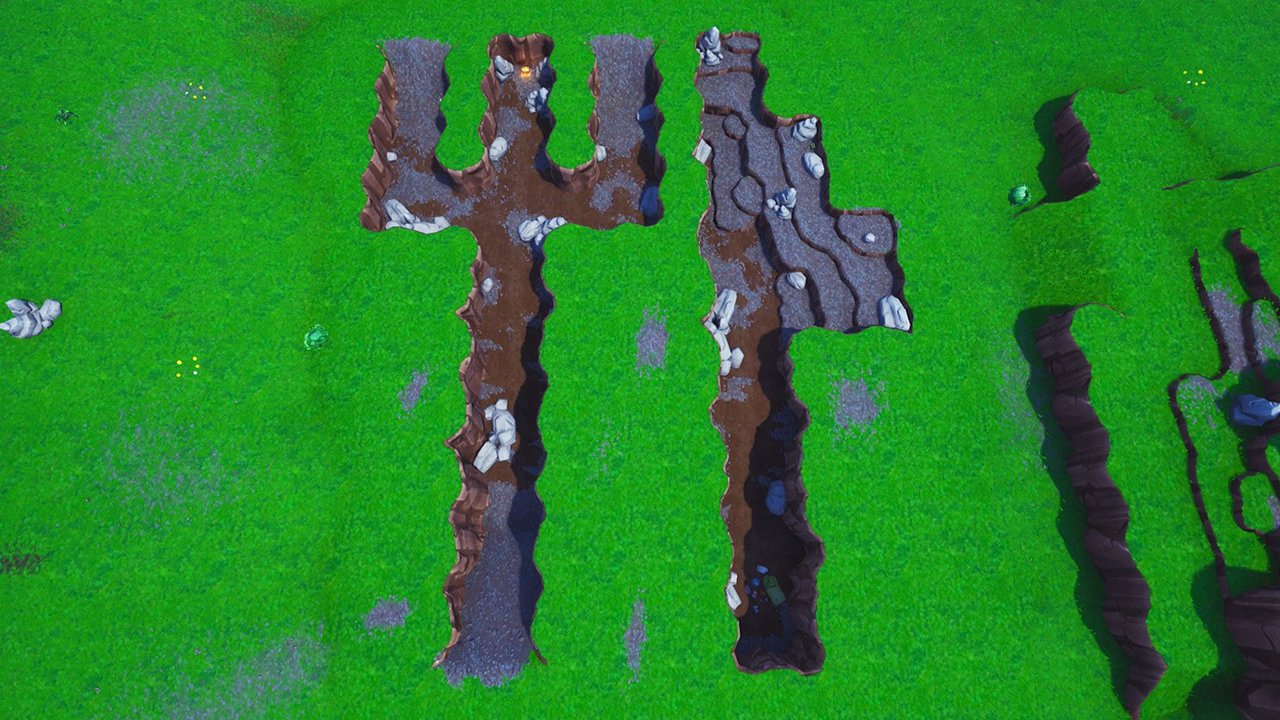 Remember when people started calling Fortnite "Fork Knife?" It's terribly clever and everything, what with the words sounding similar and all. The joke phrase almost certainly spawned from confused parents and became so common that it entered into proper Fortnite vernacular, and soon started cropping up in several amusing in-game references. As of Season 8, the Fork Knife is now a big attraction outside of Fatal Fields, and in a turn that perfectly mirrors the name of the location, players going to visit the Fork Knife in Fortnite are getting killed out of the blue.

It's not entirely clear whether or not this is unintended behavior. Many players are calling the Fork Knife's penchant for thoughtless fatalities a bug or glitch, but to look at the Fork Knife killings in action, it almost seems as if the danger was programmed in purposefully. Check out a Fortnite player getting his or her just desserts in the tweet from Fortnite News below.

Clearly the Fork Knife is quite powerful: merely stepping into the knife area is grounds for immediate annihilation. Fortnite News says that the kill is triggered by a specific "instant kill tile" in the area north of Fatal Fields, so it may be that there's only one specific place players can step that will kill them. Again, given how deliberate it looks, it's not clear whether this is random, intended, or perhaps something a bored programmer decided to slide into the game.

Whatever the case, Epic Games is aware of the issue and is already working on a fix. However, Fortnite players over on Twitter are calling for the team to leave the Fork Knife murder tile intact, saying it feels like more of a feature than a bug, as we all know that knives can be dangerous. Others are asking if it's intentional, and some are saying they've used the knife's killing power strategically, tricking enemies as well as friends into crossing over the fatal tile.

Consider this a warning: Fortnite's Fork Knife will kill you, and no one will feel bad about it. In fact, it will probably make others laugh, because Fork Knife is a joke after all, right? Dangerous though it may be, the Fork Knife's habit of killing random players is certainly entertaining. Enjoy it while it lasts, because Epic Games will be taking its power away very soon. Be sure to keep on top our latest coverage by heading over to Shacknews' Fortnite home page.