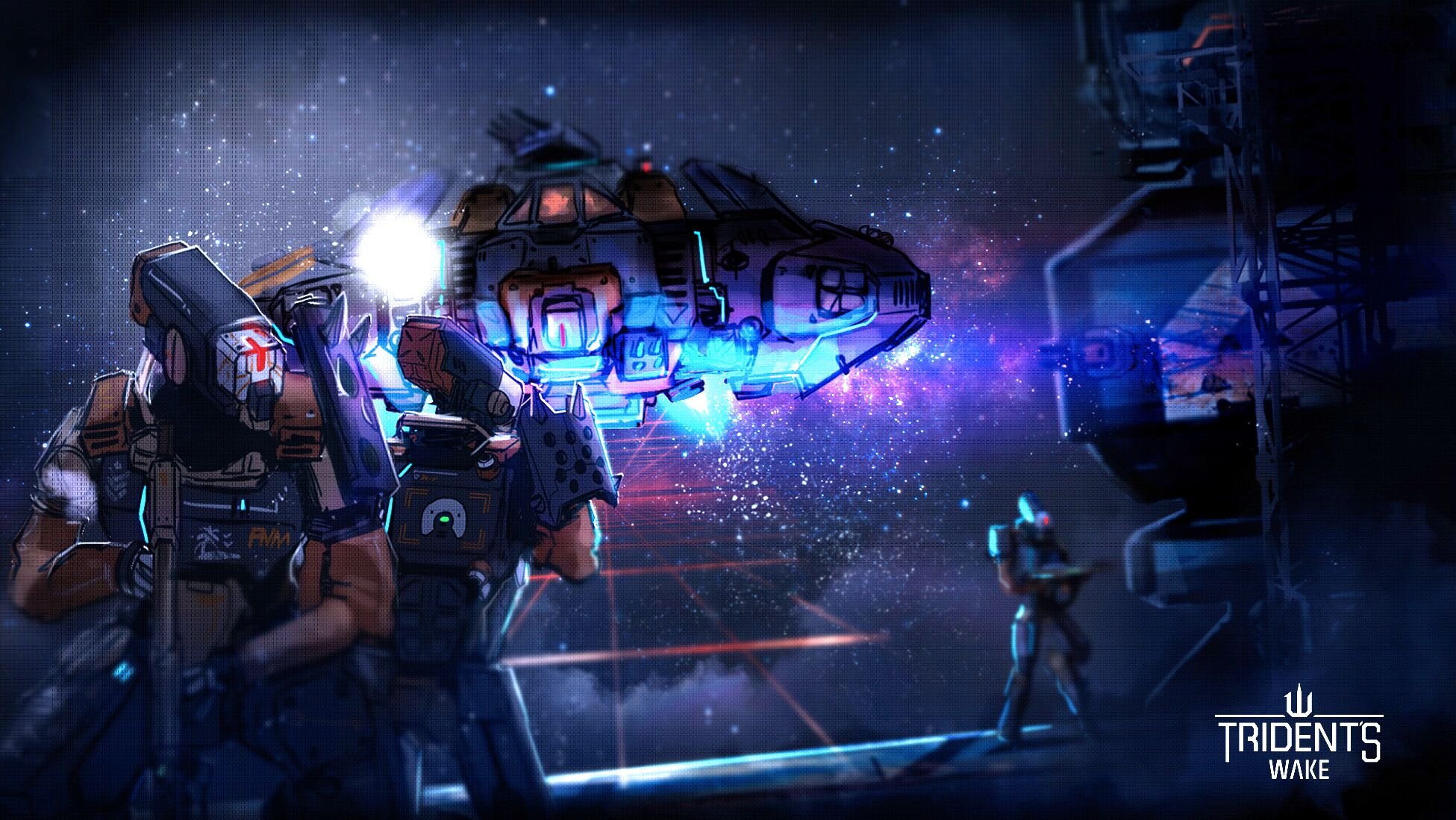 Trident’s Wake is an upcoming isometric twin-stick shooter style game set in the far future. Humanity has prolonged its life expectancy thanks to nanotechnology and expanded to colonies far beyond Earth. However, the same nanobots that have allowed mankind to thrive among the cosmos cause their undoing when they start replicating out of control and turning their hosts into creatures called Mechaphage. Humans now find themselves on the brink of extinction and make a last ditch effort to preserve the species by sending a spaceship full of embryos into deep space in a terraforming ship called the Trident. In order to combat the Mechaphage and ensure the safety of the Trident, the humans who still remained put their individual consciousness into robotic bodies called Sentinels.

Players take will take on the role of a Sentinel thousands of years after the Trident was sent into deep space and essentially lost to time. Recently though, the missing ship was found, and parts of it have been infested by the enemy. It will be up to players, and up to three of their friends in co-op mode, to wipe out the Mechaphage menace and preserve the last organic human beings.

Right now, there are only four different classes of Sentinel for players to choose from that fall into team combat archetypes. For instance, the Moskva class has boosts to shields and health while the Tzar is a heavy damage tank class. Each class will have its own set of unlockable skills and customizable skins and there will be more classes coming later.

When starting out, players will have only have access to standard weapons classes like assault rifles and shotguns at first but will unlock things like plasma shooter and mini-guns as they progress. Weapons also level up and can be augmented using in-game materials to boost certain functions like reload speed and damage.

While I wasn’t able to get a glimpse of all the area types during my hands-on demo, the levels I did see took place within the corridors of the Trident. Each level is randomly generated and will feature three objectives to fulfill in order to complete the mission. Objectives can involve things like recovering DNA strands or hack into system terminals. Many times players will have to defend an area from waves of enemies in order to progress. Overall the experience reminded me of Helldivers, especially considering the similar isometric shooter styling of all the gameplay and the sci-fi genre theme.

Enemies come in a variety of size and shape. Some smaller ones may try to overwhelm you by sheer number or sneak up on you and explode while larger enemies may yield heavy firepower or enhanced armor. Players should be prepared to fight off large groups made up of several enemy types as they traverse the spaceship completing their objectives.

Trident’s Wake has a lot of gameplay mechanics and style choices that I personally found reminiscent of shooters I played back in the arcade and PS1 days, as well as more modern examples like the aforementioned Helldivers. However, the scope of my experience was very limited in terms of seeing what the game will have to offer in full, so I definitely want to see more before I make any sort of final judgment. Right now Trident’s Wake is planned for a full release in 2019 for PC exclusively.