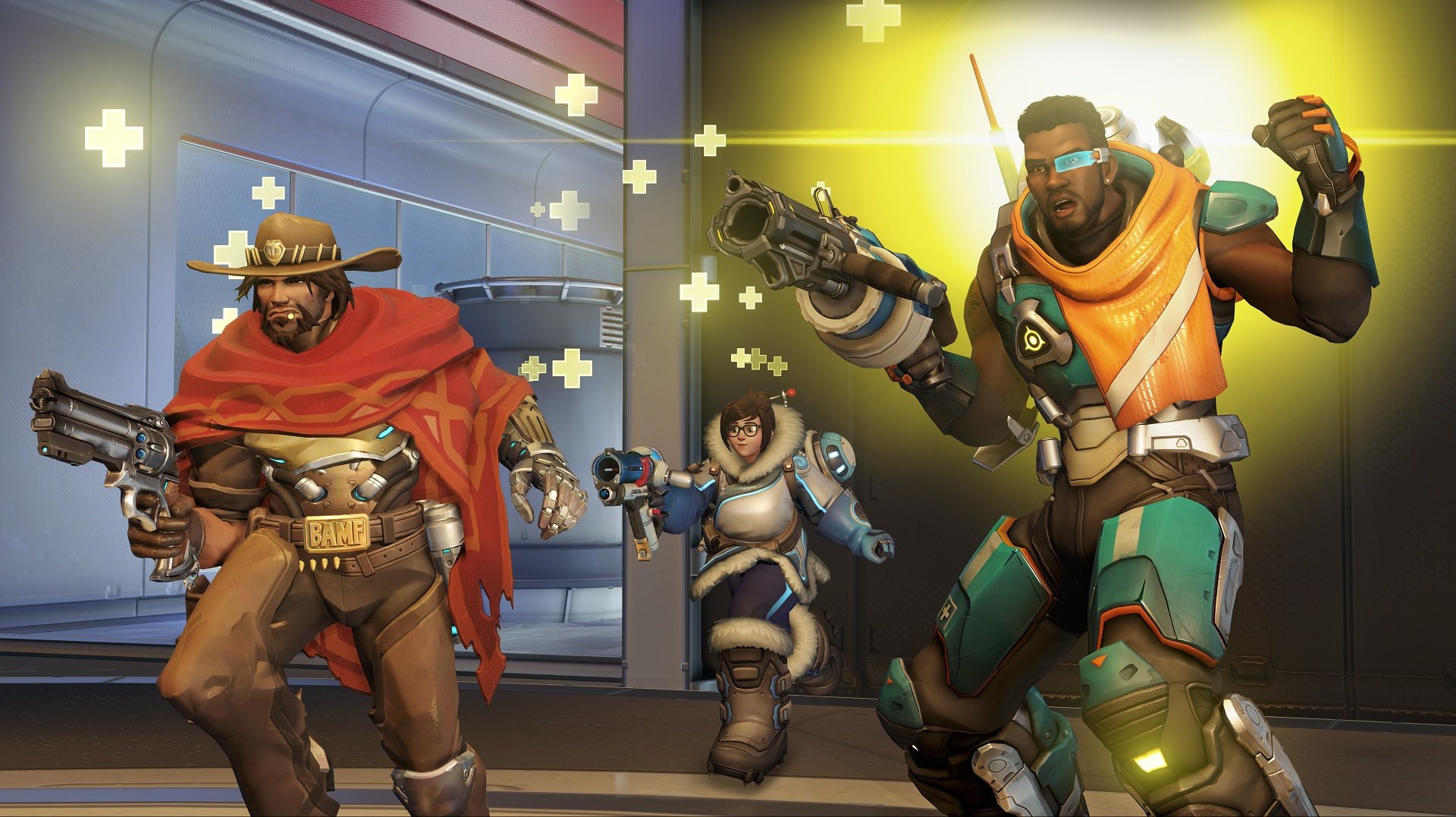 Baptiste also brings along a passive ability that allows him to jump higher by holding down the Left Control key prior to his leap. He may not be able to fly like Mercy, but he can get some serious air.

As is the case with anything that makes its way through Blizzard's PTRs, Baptiste and his abilities are subject to change. Depending on player feedback, any one or more of his moves might get tweaked prior to full release. Anyone running the Overwatch PTR on PC can get some practice with this new character right now. Those running the console version or anyone looking to wait for the full release will likely not have to wait long. Baptiste is coming soon to the full version of Overwatch.

But Baptiste isn't the only major addition to the PTR. The PTR patch is also introducing changes to armor. Damage over time effects are no longer affected by a character's armor. Damage boost is being changed to apply when a projectile gets fired, rather than when it hits a target. And knockback will now apply to flying heroes, as well.

Some of Overwatch's existing heroes have been adjusted. Ana's Nano Boost heal has been reduced to 250 from 300. Doomfist has seen his Rising Uppercut and Seismic Slam cooldowns reduced to six seconds. Hanzo's Sonic Arrow has been slightly buffed. Soldier: 76's Tactical Visor can now target RIP-Tire and Immortality Field. Blizzard has similarly adjusted other characters, but it's McCree and Widowmaker who may be the recipients of some of the most eye-opening changes.

Blizzard explanation: After reducing armor's effectiveness for all heroes, Fan the Hammer doesn't need to deal quite as much damage. Increasing Deadeye's damage after being locked on for a bit makes it more effective when attacking high health, static targets (like barriers) and heroes with over 600 health. It will not impact how dangerous this is for heroes under 600 health.

Blizzard explanation: Infra-Sight had no counter to its effect, so it now ends when Widowmaker dies. To balance out its higher risk of use, Infra-Sight now reveals enemy health bars to Widowmaker's team.

Again, these are all subject to change before hitting the game proper. Those looking to get a preview of what Overwatch may look like soon can jump into the PTR right now. The full PTR patch notes are up on the Blizzard forums.