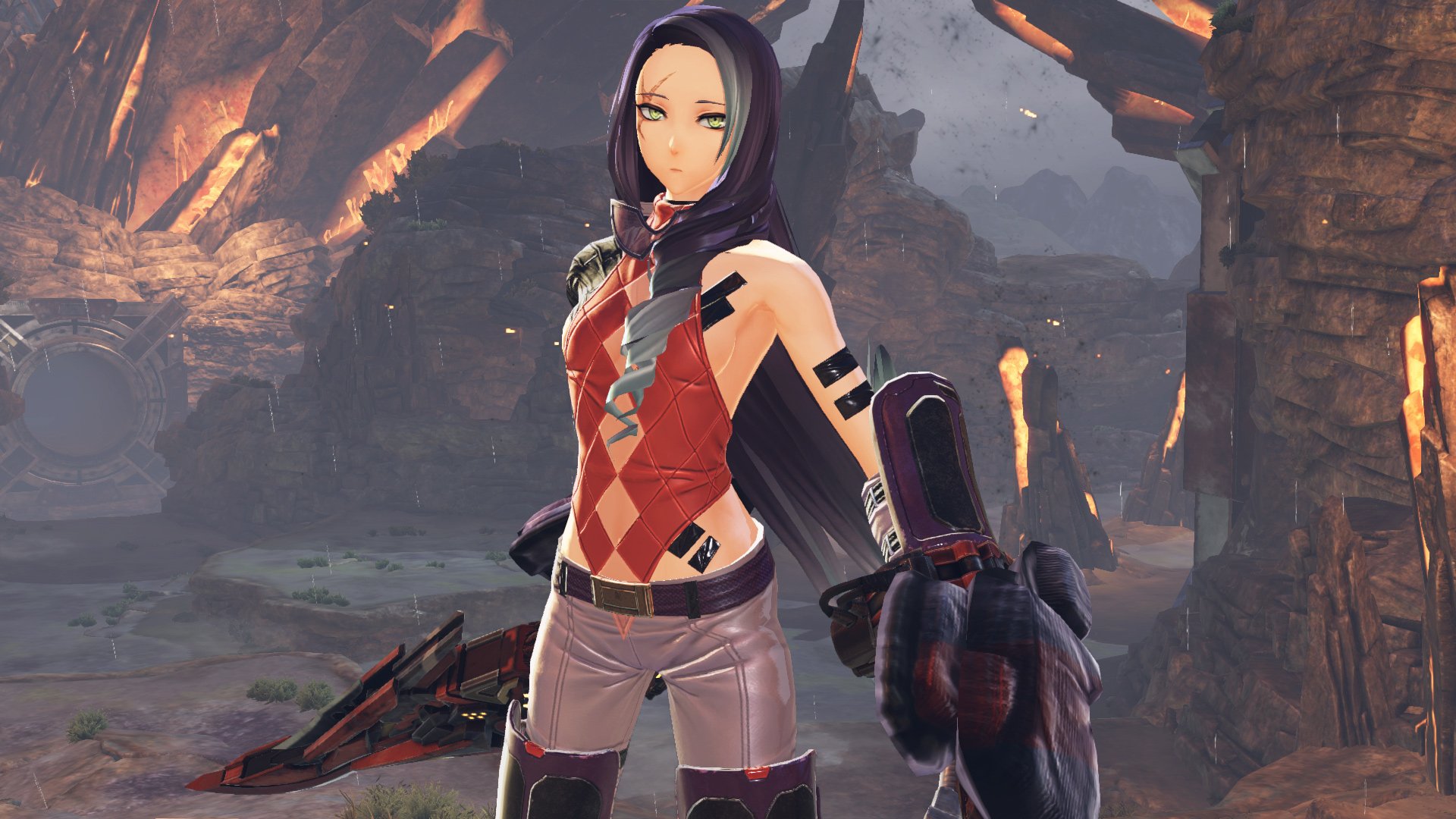 As the first game in the God Eater series to make its debut on home consoles and PC, God Eater 3 is our first look at what is possible with Bandai Namco’s weird mashup of anime and Monster Hunter. If you’ve never played any of the games in the series, they work very similarly to Monster Hunter as players embark on various missions to hunt down and kill massive creatures. In God Eater, though, the setting takes place in a much darker kind of timeline. The end of the world has come, and powerful creatures called Aragami roam the land, threatening all of mankind. It’s a generic enough story and it doesn’t really bring that much to the table. Thankfully, the gameplay is fun enough to distract you from the terrible writing, but is it enough to save the latest chapter of the series from falling on its face?

Taking a lot of inspiration and queues from the Monster Hunter series, one might expect to find some of the same variety and level design on show in God Eater 3. Unfortunately, that isn’t the case. A lot of the levels feel like reskins of previous levels, and all around offer a lacking variety considering how long the campaign will probably take you to complete. I logged around 54 hours or so to complete the story as well as some cooperative missions, and there’s still a ton of content there to explore. Sadly, I can’t really find any reason why I’d want to go back and explore it though.

With so many of the different areas looking and feeling the same, it’s hard to justify the amount of levels and missions that are included here. Sometimes it feels like you’re just running through the same area of the map over and over again so that the game’s story is prolonged. As mentioned above, that story isn’t even that interesting, and the writing throughout leaves a lot to be desired. With such an unspectacular story carrying the game, it would have been nice to at least see some good variety in the levels.

Graphics are another point that could do with some work. Coming from the Vita and PSP, the graphics are a lot better than they have been in the past. Unfortunately, they just don’t stand up that well to other titles available on consoles and PC these days. The environments are lackluster for the most part, and none ever really stand out from the rest. Character models are stunning, and look like they've been pulled directly from an episode of some hit anime show. Animations are also smooth when it comes to movement and attacks, but the overall look and feel of the UI is convoluted and could do with a bit more time in the oven. The location of the various meters and popups are distracting and detract from the main thing on screen, the combat.

Navigating the various menus can be tiresome, and while the key bindings available on a full-scale controller versus a PSP or Vita are nice, they also can be a bit too complicated. One wrong button press can often derail an entire battle, which means you’re going to have to spend even more time getting back on track. For a game as fast-paced and frantic as God Eater 3, this can be the difference between life and death in more intense battles.

A Shining Light in the Dark

While the story and level design aren’t anything to write home about, Bandai Namco have done a great job of ironing out the game’s combat systems. While you can spend your 50+ hours mashing buttons and hoping for the best, the game rewards you best if you actually take time to learn the difference between your Burst Arts, Dives and all the various attacks and moves that you have at your disposal. It’s this complexity that really makes you want to dive deeper into the game, and it’s more than enough to make you forget about the flaws the story and level design have. In fact, learning how to perform moves like the Perfect Guard will be vital to surviving the waves of Aragami that you come face to face with.

Teaming up with your friends is easy, and despite the obvious nods to the Monster Hunter series, God Eater 3 makes hunting monsters even easier. There’s no tracking mechanics to worry about here, and each enemy is clearly marked on your map right from the start. While I personally enjoyed hunting down the beasts in Monster Hunter, it is really nice to be able to focus on the combat aspects of the game, as that was by far the most enjoyable part of the experience for me.

Customization is another big point in God Eater 3, and after you advance a bit through the campaign, you’ll find a series of different weapons and God Arcs available to you. You can choose from a variety of faster-paced weapons, or dive right in with a massive Warhammer-type weapon as you bash the Aragami to pieces. What makes God Eater 3 so good is how well the game embraces the over the top aspects of anime. It doesn’t take long for the missions to make you feel like one of the most powerful people on the planet, as you rip through each level, devouring the Aragami in your way.

As I mentioned before, combat in God Eater 3 is all about learning the different aspects contained within. Things like Bursts and Dives can really change how the fight progresses and taking the time to learn these different attacks will really open up how you understand and enjoy the combat. The game takes a lot of cues from fighting games in this regard, and if you don’t pay careful attention to the tutorials or controls, then you can quickly become lost. In fact, after taking a short break from the game to work on other projects, I returned and found myself struggling to regain the control that I’d learned during my first play sessions.

God Eater 3 rewards you for diving deeper into its mechanics. There’s a lot to like here when it comes to customization and combat, but the story and level design leave a lot to be desired. While the graphics are pretty, they feel a bit too simple at times, especially when comparing them to similar games like those in the Monster Hunter series. Still, though, Bandai Namco have managed to pull the God Eater series to a new high. While it isn’t the best game you’ll play this year, fans of the series will want to pick it up to see the changes made to the formula for themselves. If you’ve never played a God Eater game, though, you’re honestly just better off letting this one slip on by.

This review is based on a PlayStation 4 copy provided by the publisher. God Eater 3 is available right now for PlayStation 4  and PC.

March PS Plus games include Final Fantasy 7 Remake on PS4, but it won't upgrade to PS5