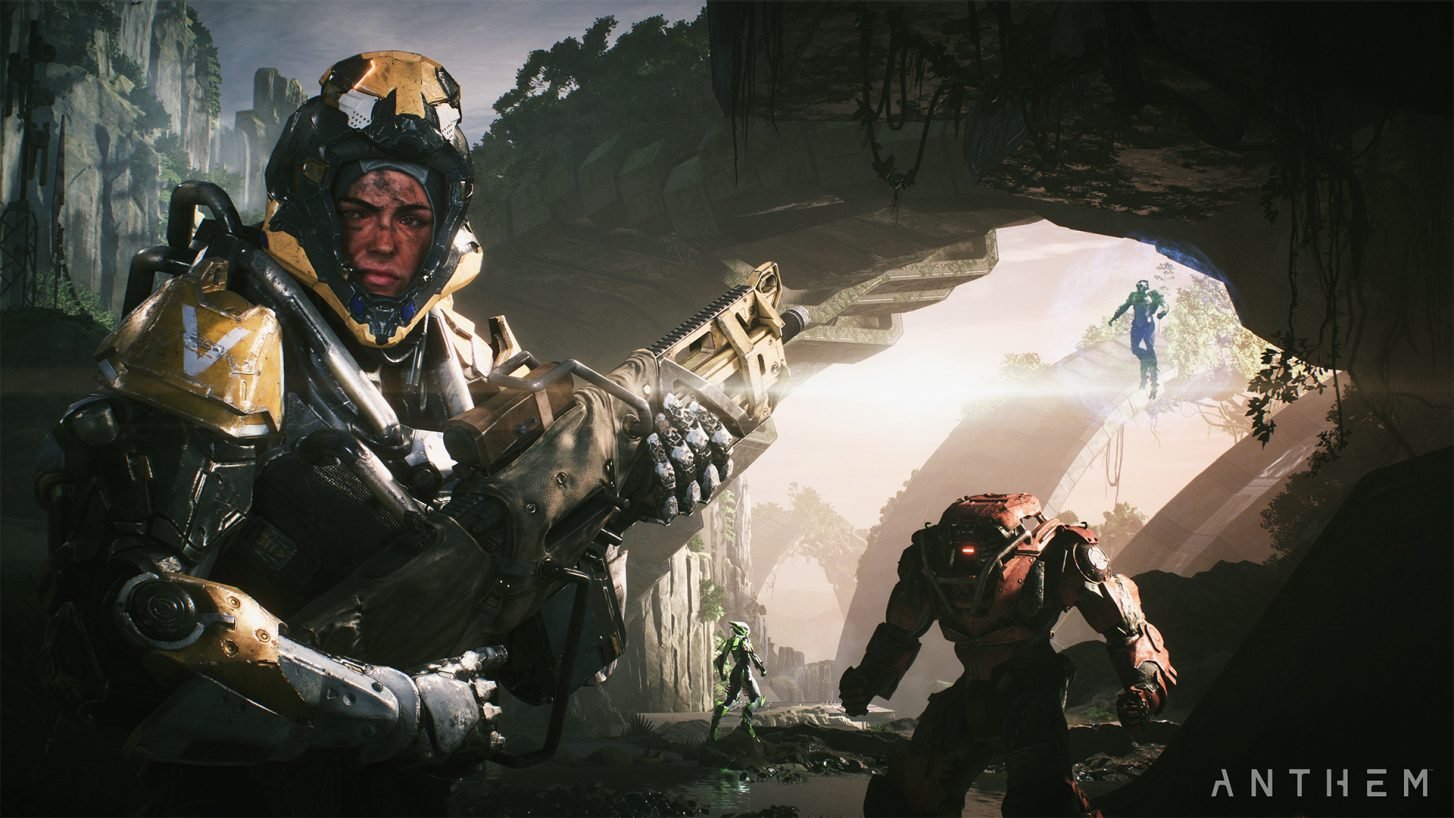 The time for free trials, public betas, early access weekends, and preview periods has ended. Anthem is now available on all platforms for everyone with no further delays. But now that the game is out, where does it go from here. On Friday, BioWare outlined what players can expect from Anthem in its first 90 days.

The current Anthem roadmap looks to include a slew of various events that players can jump into for no extra charge. The array of Freeplay events begins this week, with Outlaw Outrage, There Be Giants, and Shaper Surge. However, they'll continue through March and April, along with some new ones that will be revealed as those events approach.

The month of March will also contain some new Elysian Stronghold Caches and new reward items, in order to make it worth everyone's while to stick around. Players can also find Phase I of a new batch of Legendary Missions, which will be sure to test everyone's mettle.

The month of April will see Anthem open up just a little more. The new Mastery System is teasing expanded progression, making it possible to achieve even more in Anthem's world. Even more rewards are being added, along with some Phase II Legendary Missions. This month will also see the addition of a new Stronghold called, The Sunken, with more details coming soon. Those looking to get social with their circle of friends can take heart in knowing that April will see the debut of Anthem's Guild system.

Things start to intensity around May, with BioWare teasing the beginning of the Cataclysm. What exactly the Cataclysm entails is not certain, but look for more information on that soon. May will also see even more new reward items make their way into the game.

BioWare has remained busy, even through Anthem's release, already issuing out a day one patch in response to issues that early access players have experienced. The studio is promising regular support, with quality of life improvements firmly on the roadmap agenda.

Anthem is available today on PC, Xbox One, and PlayStation 4. There's a lot to see in this game, so maybe take some time to look through our full guide and walkthrough.