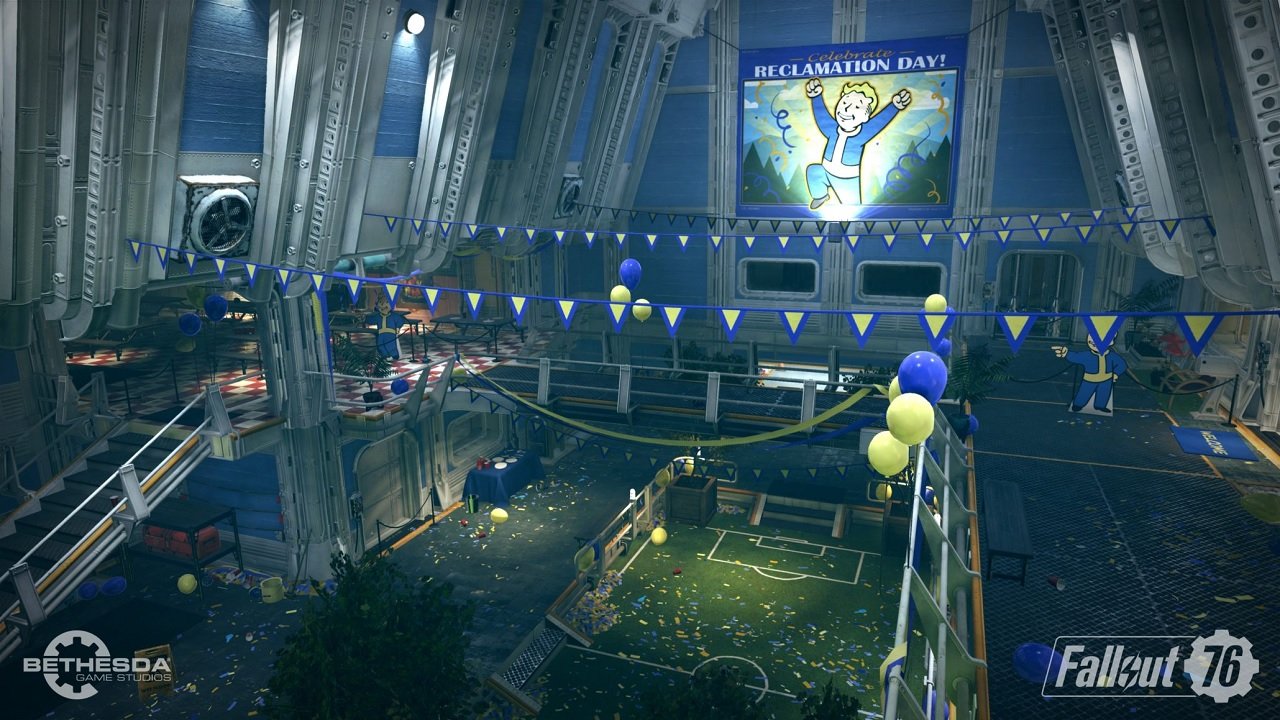 Fallout 76 has officially been out on the market for 100 days, and with that fact, Bethesda has released its 2019 roadmap for the online-only Fallout game.

There's a wide variety of content on the way for anyone still playing Fallout 76, beginning spring 2019 with the Wild Appalachia update, followed by Nuclear Winter this summer, and Wastelanders in fall. Bethesda detailed the roadmap in an extensive blog post.

"Thanks to your continuous feedback, we have been able to fix many of the top issues and have made numerous improvements to the game," said Bethesda in an official blog post running down the roadmap. "We also make scores of changes under the hood that aren’t as visible. These include changes to improve performance, detect new exploits, and make the experience smoother for everyone. There’s still work to do, but we’re happy to report that game and server stability has increased over 300% since launch."

Wild Appalachia is the first content drop players can expect to see, as it's scheduled to drop on March 12. It includes a variety of new quests, such as "Shear Terror!" and "Ever Upwards," with new features like a new Legendary Vendor and Scrapping, C.A.M.P. decorating, player vending, a functional camera, and even brewing and distilling. A seasonal event, the Fasnacht Parade, will be running during this time as well, as players welcome spring with an 'ancient festival." Finally, a new Survival game mode will drop, with fewer restrictions on PvP, increased rewards, and new challenges.

Summer's Nuclear Winter update will bring "an entirely new play to play Fallout 76" in the form of Nuclear Winter mode, but that's about all we know to expect from it so far. Seasoned players will get a change to try out new high-level Vault Raids with the opening of Vaults 96 and 94, Finally, a new prestige system will let players over level 50 become "Legendary," which will reset their characters and offer a wide variety of new abilities.

Wastelanders will release this fall, but Bethesda is currently keeping mum on what's to come, only noting that it's the "biggest and most ambitious update for Fallout 76," including new factions, events, features, a new main quest line, and "even more surprises."

Bethesda is dedicated to making Fallout 76 work, it appears, so if you're interested in coming back or starting fresh, there's a lot to look forward to.

"We know the game had a difficult launch, and we’ve made mistakes along the way. We share in your frustrations when we do. We’ll probably make a few more, and when we do, we will work to correct them as quickly as possible. Know that we’re fully dedicated to making this game the best it can be - and even more so, a platform for endless Fallout adventures for years to come."