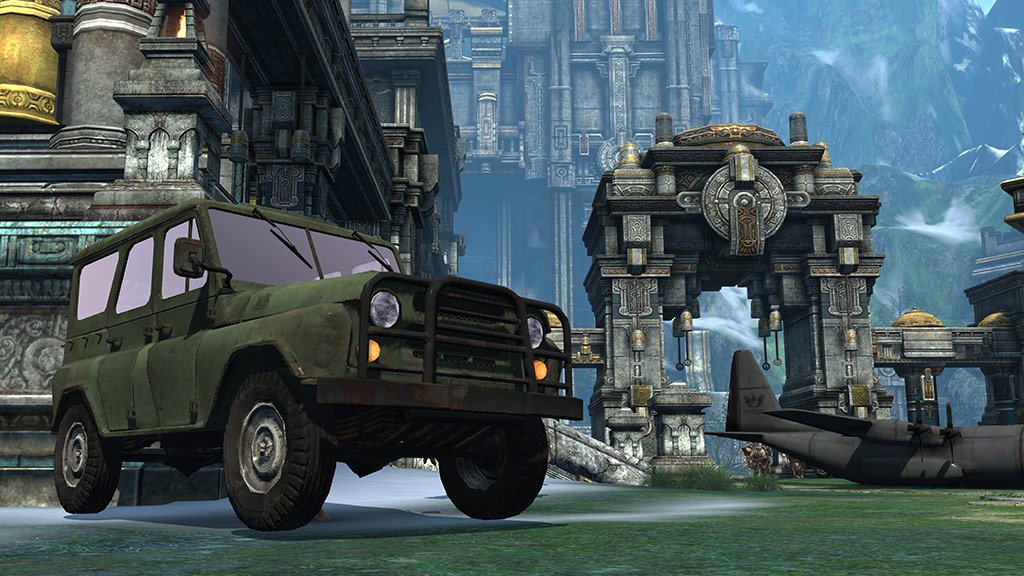 Tera crosses over with PUBG in March

Tera has been kicking around for over five years and has held dozens of events over that time. But the MMORPG's latest event promises to be something special, as it's crossing over with the world of battle royale. Specifically, it's jumping into the world of PlayerUnknown's Battlegrounds on PC, PlayStation 4, and Xbox One.

En Masse Entertainment announced the PUBG crossover late Thursday afternoon, which is set to last for the month of March. Players at level 60 or higher will notice that new BAMs (Bad Ass Monsters), soldiers, and guardians in the PUBG style will be wandering around Northern Arun. Other PUBG objects, like decorative jeeps and planes, will fill the world, all available for use. To help aid players, supply crates will parachute in with helpful items and consumables. They may also contain collectible items, like PUBG-themed costumes and items.

The PUBG event in Northern Arun will only run for two hours each day, which doesn't give much time to pick up the loot that it's set to offer. If the event isn't running, there are still PUBG things to see in the world. Highwatch will be decked out like PUBG, with planes and trucks scattered throughout the city.

One might wonder how this odd collaboration came to be. The answer to that is that PUBG publisher Bluehole Studio also worked to develop and release Tera in South Korea. So with that common ground in place, Bluehole got to work with Tera developer En Masse Entertainment on helping this crossover become a reality.

The TERA x PUBG event is set to run from March 5 through April 5, with anyone logging in for an hour on any given day able to pick up keys or crates filled with rewards. More information on this oddball crossover can be found on the Tera website.