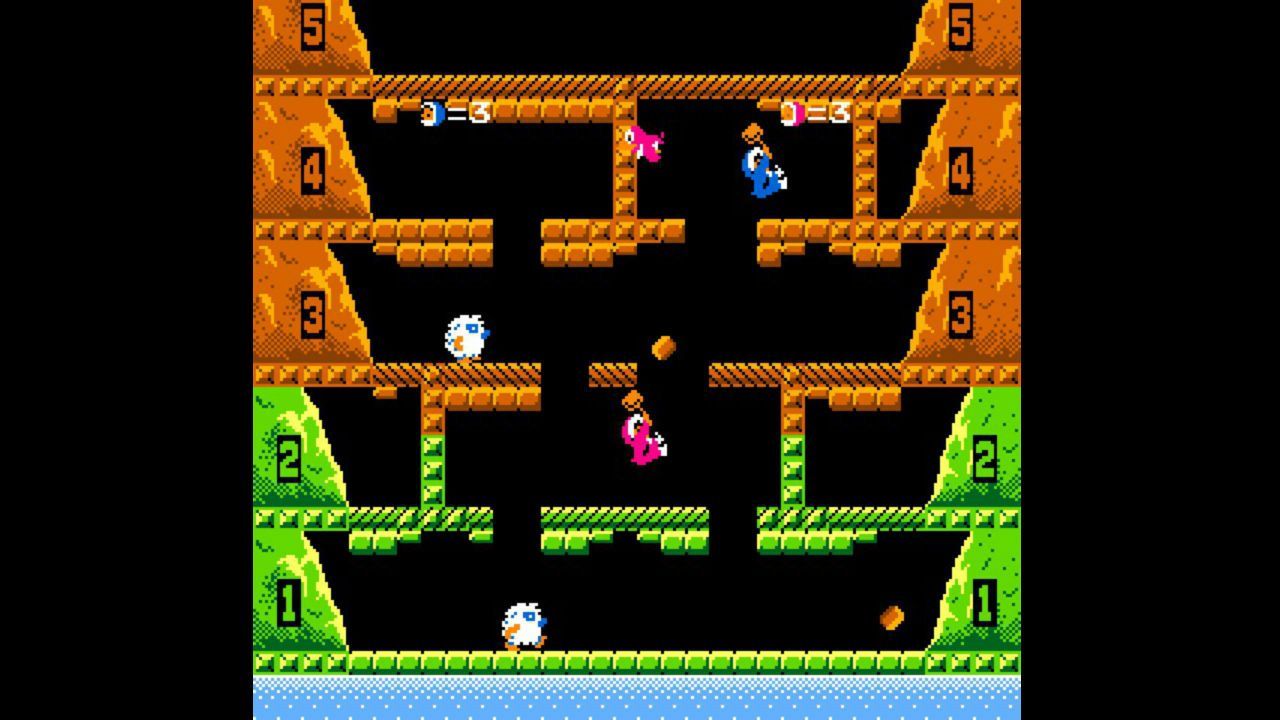 Hamster Corporation announced that the upcoming arcade Arcade Archives ICE CLIMBER will be making its way to Nintendo Switch tomorrow.

The platformer originally debuted on the NES back in 1985, but you might be more familiar with the game as Vs. Ice Climber. You take on the role of Pop and Nana, tasked with shattering blocks of ice with hammers as they defeat enemies that dare get in their way as they scale a massive mountain.

The top of the mountain has a giant condor that needs to be caught, so you can work with your enemy or team up, but only one person can end up catching it. You'll have to make peace with the inner traitor in you, most likely, but that's okay.

Arcade Archives is a series of emulated arcade titles from throughout the '80s and '90s for PlayStation 4, Xbox One, Nintendo Switch, and PC. There's also a series called ACA Neo Geo, which is working to release a series of Neo Geo titles in their original arcade form.

There are 71 games available on the Arcade Archives list, including Alpha Mission, Contra, Bubble Bobble, Darius, Donkey Kong, Double Dragon, Excitebike, Gradius, Mario Bros., Punch-Out!!, and several others you'll undoubtedly recognize. If you don't fancy emulation or trying to find the real arcade machines in locations across the country to play these classics, the Arcade Archives are still a serviceable substitute.

You can pick up ICE CLIMBER for $7.99 beginning tomorrow, February 22. You've probably got at least that much in Nintendo eShop credit from old purchases, so this won't break the bank if you want to delve into some good, old-fashioned arcade play.