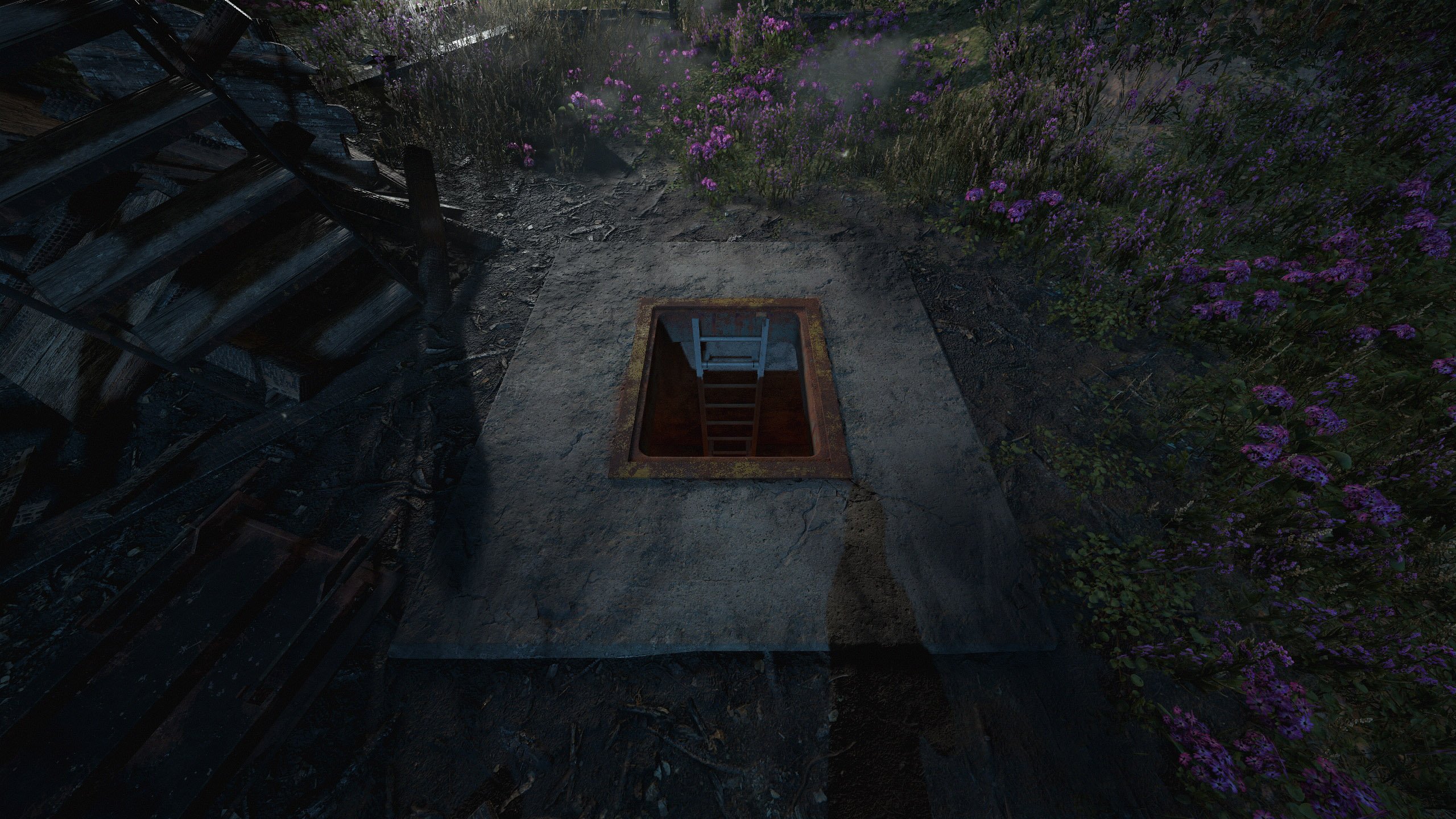 Far Cry New Dawn introduced players to bunkers, a type of Prepper Stash that includes a bit of puzzle solving in order to get your hands on some loot. In this guide, we’ll show you the locations, name, and the solution to every puzzle for every bunker in Far Cry New Dawn.

For Whom the Bear Tolls

This Treasure Hunt is close to The FANG Center, not too far from Prosperity or the Broken Forge outpost. Once you arrive, read the note called Wade’s Journal. Once you’re done, head up to the roof of the church and shoot the bell a few times. This will bring a bear to your location. Kill the bear and loot its body to get the Fowler’s Crypt Key. Southwest of the church is a hole in the ground. Head inside, unlock the door, and pass through to complete this bunker.

There is a Treasure Hunt to complete at Parker’s Vault, which makes sense given the name. This is close to The Chop Shop outpost. When you arrive, read the Highwaymen note to kick off the hunt. Jump on the roof of the locked building (the biggest of the buildings) and shoot the lock through the hole in the roof. Head inside the building, loot it thoroughly (because loot), then hit the switch in the far room. This will turn off the power outside so you can enter the bunker.

The High Art Treasure Hunt is found at the Atelier Zilon location. Read the Highwaymen note outside the building, then got to the opposite side and grapple up to the tower (you need to unlock the Grapple perk). Zipline into the second story of the barn. Crouch and work your way through the barn, then hop down to the first level. Turn the valve directly under where you were crawling, then climb back up to the same spot where you jumped down. Jump to the now raised car, then to the other side of the barn, where you’ll turn the second valve. Hop back down to the first floor of the barn and head into the bunker to get your precious loot.

This Treasure Hunt is found near the Broken Forge outpost. Head up to a location called Skylar’s Riddle. Read the Warning Note to activate the quest, then crouch and crawl to get into the building. You’ll have to punch some boards to break in. Once inside, start the generator to see the order the fish activate. Our order was 246135, but double check in case yours is different. Head outside and look for a shed, then climb down into the bunker. Activate the fish on the wall in the same order as they appeared previously to solve this puzzle.

The Target Practice Treasure Hunt is at Nadine’s Junkyard. This is relatively close to the Signal Point outpost. Once you arrive, read the Highwaymen Note, then look for a hole in the ground (make sure you’re inside the search zone) that has some wooden barricades near it. Drop down the hole. At the bottom, pull the lever and look to the left and right of the door. Targets will pop up and slide by. Shoot each target to lower the two buckets and open the gate. Head inside and loot the bunker.

This Treasure Hunt is a bit of trek, and it’s got a wicked cool story to tell if you take your time and read all the notes along the way. Head to Misery Falls, a distance from the closest outpost, Signal Point. Once there, read the Rescuer Note, then start looking for grapple points (Grapple perk is a must here). Keep on climbing, swimming, and moving through the caves until you reach the bunker. No puzzles here, just some rough ground to cover. The bunker is just a cave with a bunch of loot.

The Best Laid Plans Treasure Hunt takes place at the river near an outpost called The Pantry. You’re looking for a bridge with a bunch of crashed train cars. Once there, read the Survivor Note. Look for a train car hanging to the ground nearby. Climb in the car below it, then grapple up (Grapple perk is a must here). It’s just a matter of climbing across the cars and grappling where necessary, eventually reaching the end of the Treasure Hunt and finding a bunch of loot.

The Burning Souls Treasure Hunt is found at Eden’s Pyre, not far from The Best Laid Plans. When you arrive, read the New Eden Note, the start looking for the five dead bodies. Most are on the ground level and close to the pit, just make sure you stay inside the search zone to find them. One body, however, is on top of one of the structures directly above the pit. That’s the one that is hardest to find. Once all the bodies are in the pit, throw a Molotov at it. If you don’t have one, there should be a few in the nearby buildings. This will open a cave entrance. Head inside and get to looting.

Go with the Flow

There’s a Treasure Hunt close to The Watering Hole outpost. When you arrive, head into a cave and look for the Journal Page. Read it to begin. You’ll soon have a waypoint that says “Get” so you head that way and pick up the River Stash Key. From here, you’re basically heading down river, but keep looking for each Journal Page to enjoy the story behind this stash. Once you reach the waterfalls, jump down (probably want to use your parachute) and look for a cave next to the river. Use the key to open the door and you’re into this bunker.

The final Treasure Hunt is found at Toothchapel, between the Sacred Lumber and Trailer Town outposts. The Highwaymen Note outside will mention a Wolverine that ate the key to the bunker. Head into the building, then move through it, smashing boards and killing animals, until you get a waypoint that says “Burn”. Throw a Molotov to kill the Wolverine and burn the next, then retrieve the Highwaymen Shed Key and head back outside (you can escape on the second story platform near the dead Wolverine). Open the shed and you’re into the bunker.

That will do it for the Treasure Hunts in Far Cry New Dawn. You should have received lots of perk points and resources for your trouble. Spend them wisely, because things will heat up on the rest of your journey. Visit our Far Cry New Dawn game guide and walkthrough for help with everything you can get into while in Hope County.