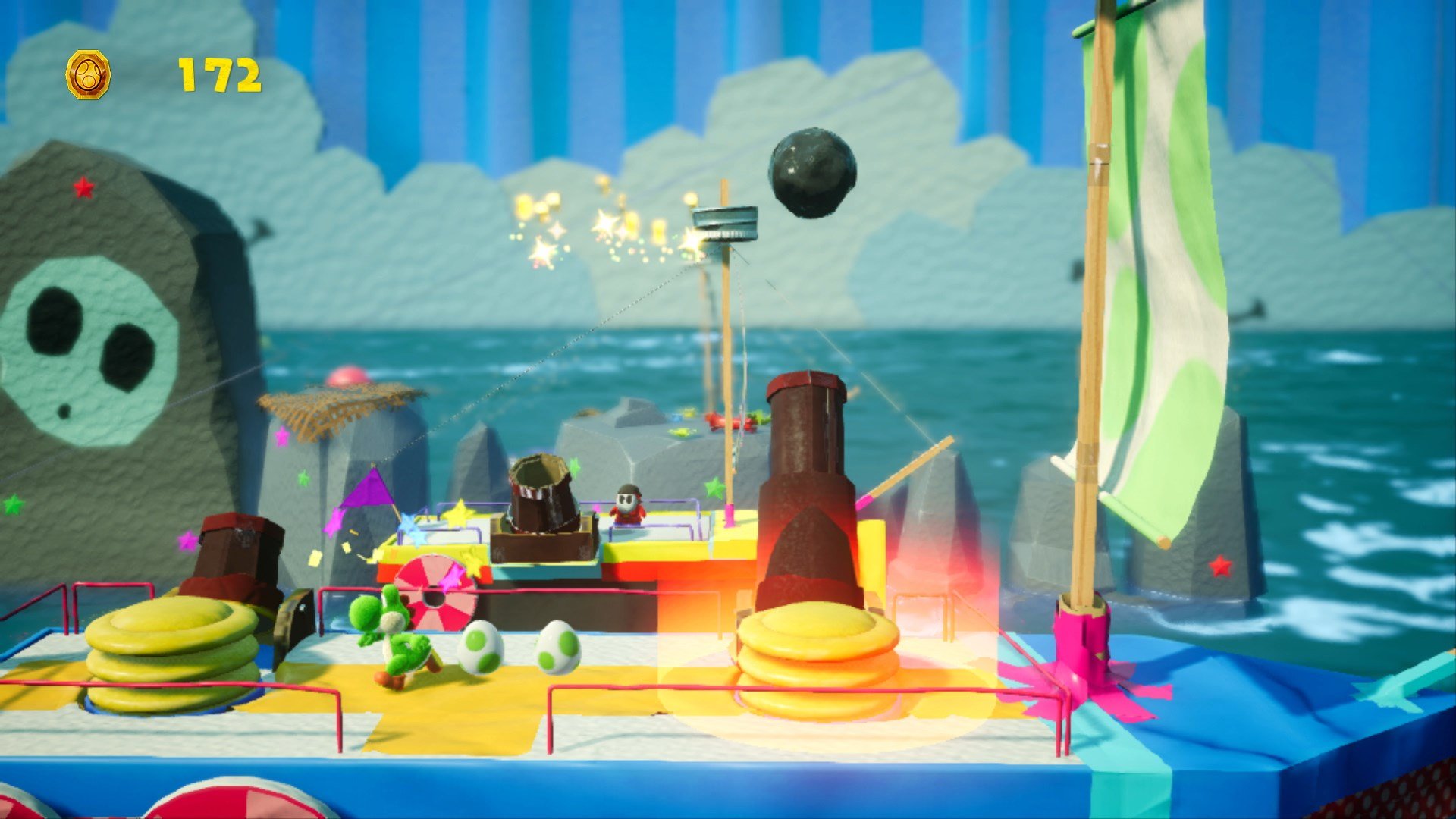 The February 13, 2019 Nintendo Direct had some exciting news for those waiting for Yoshi's next adventure. Yoshi's Crafted World is just weeks away from release, but those who just can't wait to get a taste of the game now won't have to worry. Nintendo is offering up a special demo that's available right now.

The Nintendo Direct offered a look at some of the various level types that players will encounter over the course of Yoshi's Crafted World. As has been demonstrated since the game was first unveiled, the game will see Yoshi explore 2D stages from start to finish, but then also run the level back in reverse and explore the stage's "Flip-Side." The gameplay shown off not only includes the standard platforming that has become a hallmark of the series, but it also includes stages where Yoshi will ride vehicles like a solar car and even giant papercraft versions of himself. Players also got to take a new look at some of the game's bosses, including a couple of returning bosses from the previous Yoshi games. Featured most prominent was Burt the Ball, who fans of the original Yoshi's Island will remember as Burt the Bashful.

There will also be numerous unlockables featured in Crafted World. By collecting coins and completing other conditions, such as completing secret stages, players can unlock special outfits for their Yoshis. There are 180 unlockable crafted costumes that players can track down, many of which fit into the Crafted World aesthetic perfectly. There's even a Nintendo Labo that Yoshi can wear for himself!

The Yoshi's Crafted World demo will cover the game's first stage, but will go no farther. Beyond that, players will just have to wait until the March 29 release date to play this on Switch. In the meantime, the demo is up on the Nintendo eShop now.