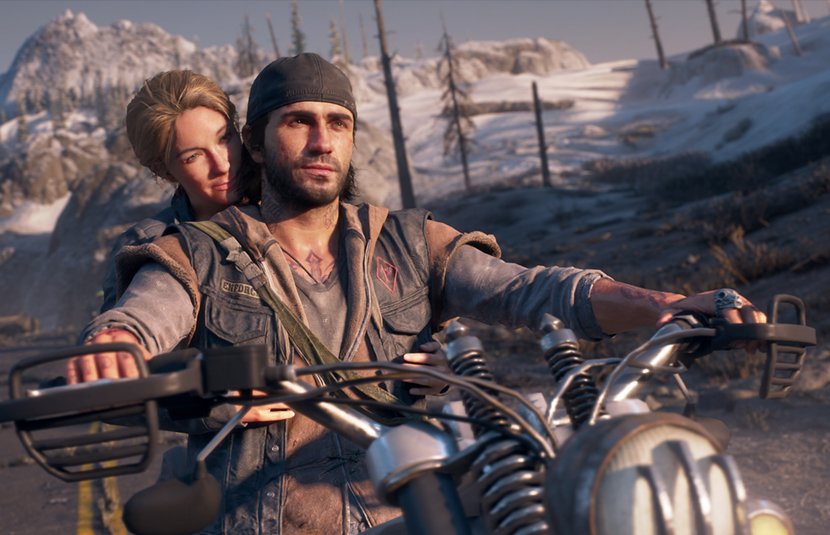 Players look forward to the release of Days Gone, the upcoming survival horror title from SIE Bend Studio, are being treated to a fresh new story-driven trailer. Centered around the wedding of Deacon and Sarah, the latest teaser trailer sets up the emotionally charged relationship between the two and gives another glimpse of the world both before and after its eventual ruin.

In a post featured over on the PlayStation.blog, Bend Studio creative director John Garvin spells out the context of the trailer, giving a flavor for Deacon and Sarah's relationship as well as the lay of the land prior to the events of Days Gone:

"In a Days Gone storyline called “I Remember,” Deacon attempts to deal with his tragic past. Long before a global pandemic killed the world — turning the Pacific Northwest into a terrifying no-man’s land of Freakers, Marauders and those just struggling to survive — the Farewell Wilderness set the stage for an unlikely romance between an outlaw biker and an extraordinary young woman from Seattle.

"The wilderness is where they met, it’s where he taught her to ride, where she taught him about botany — the reason she was in the high desert in the first place. It’s where he proposed to her. It’s where, in a small church in the tiny town of Marion Forks, witnessed only by long-time friend William “Boozer” Gray, Deacon and Sarah were married."

Of course, the new trailer ends on a stark reminder of the Days Gone world as it exists in modern times: overrun with Freakers and largely devoid of compassionate life. There's a clear juxtaposition of the before and after, the human and not-human, and the warmth and comfort of a previous life fading in the presence of an all-consuming peril.

Days Gone will release for PlayStation 4 on April 26, 2019. Players can get further looks at the game, plus check out all of the latest news and guide coverage, by heading over to Shacknews' Days Gone home page. To learn more about the most-anticipated games to release this year, be sure to check out our 2019 video game release date calendar.