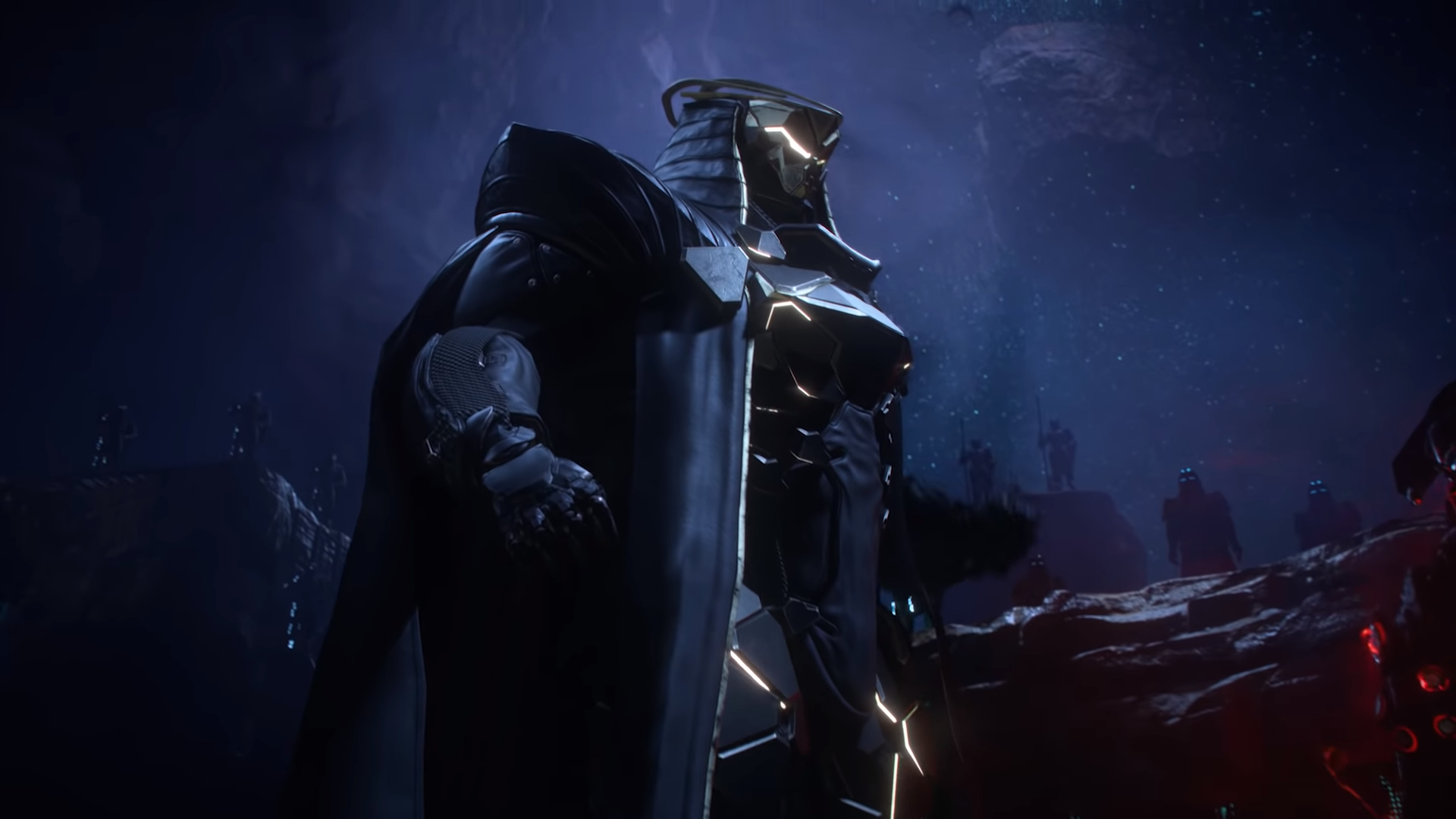 Listen to 'The Monitor' off the Anthem soundtrack (Exclusive)

The open-world multiplayer action-RPG Anthem is set to release over the next few weeks, bringing a new planet for players and their friends to explore. Though Anthem looks like a different variety of BioWare game, it is a BioWare game nonetheless. And with that comes the BioWare-caliber of soundtrack that the developer's followers have come to expect.

For today, Shacknews is offering an exclusive peek at one of the upcoming tracks off the Anthem soundtrack. This is titled, "The Monitor," named after the game's villain. The Monitor was first introduced back at the Game Awards as a powerful villain who controls the militaristic Dominion faction from the north. The Monitor seeks to control the power of the Anthem for himself and bring order to all of the chaos that surrounds the planet. The ominous orchestral sounds of this track complement this mad antagonist and his motivations perfectly.

"The Monitor," along with the rest of Anthem's original score, is composed by Sarah Schachner. Players will recognize her work from such games as Assassin's Creed: Origins and Call of Duty: Infinite Warfare, as well as from Season 5 trailer for HBO's Game of Thrones. And indeed, she brings to the table a combination of orchestral strings and modular synths.

"The ancient yet futuristic duality of the world of Anthem provided the inspiration for the score," Schachner said via press release. "I wanted to create a sonic world that felt familiar yet alien at the same time. It's a musical fusion of heroic adventure, tribal, and sci-fi influences."

The Anthem soundtrack is set to release under the Lakeshore Records label on the same day as the game, February 22. But Anthem won't be the only collaboration between EA and Lakeshore. The record company will look to reissue a handful of out-of-print soundtracks from a number of EA's top franchises, like Dragon Age, Battlefield, Mass Effect, and more. Look for more details on those soundtracks in the coming weeks.

Anthem will release on PC, PlayStation 4, and Xbox One on February 22. Those interested in pre-ordering the soundtrack can check it out on iTunes.

FIFA is planning a future without EA in gaming and esports