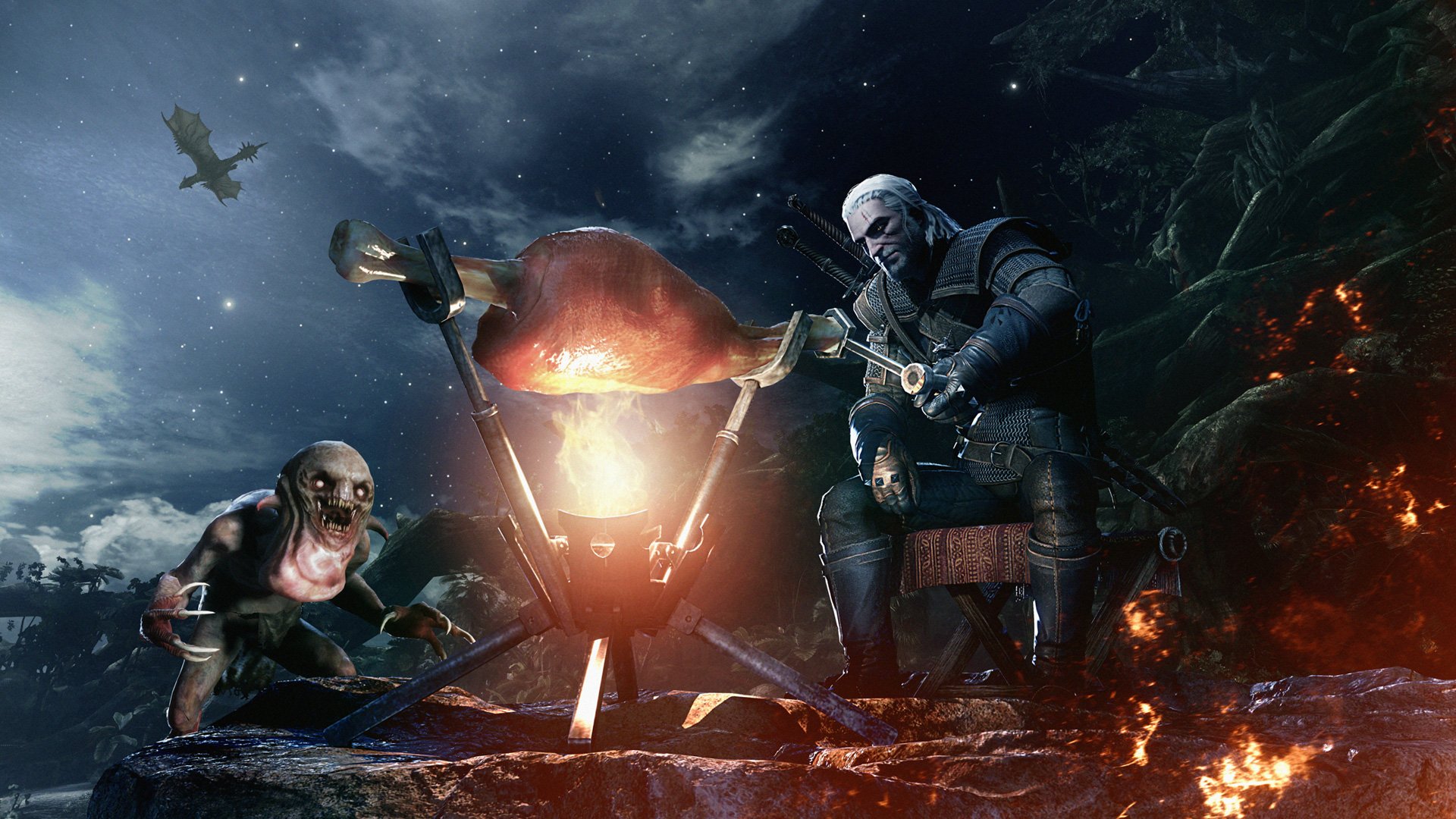 This Witcher crossover mission will actually put players in the role of Geralt, tasking them with completing a variety of mission objectives for the Special Assignment "Contract: Trouble in the Ancient Forest." Those who played The Witcher III: Wild Hunt will be familiar with how Geralt works here and those players will be pleased to see this mission play out like the average Witcher investigation. Completing all of the objectives will reward players with the crafting recipe for the full Geralt α full armor set, along with the Witcher's Silver Sword, a Sword & shield weapon. Accompanying Palicos will see the Nekker α full armor set and a Cursed Staff α show up with the Smithy. Since this mission involves Geralt flying solo, players will have to do this one on their own without multiplayer companions.

But that's not all. There's a second part to this crossover that's set to begin on February 15 and run for two weeks. "Contract: Woodland Spirit" will be available for all HR50+ hunters, tasking them with taking on a powerful threat. This mission will be open to multiplayer and sounds like it'll be a tough one. Teams that are able to complete this latter half of the crossover mission will earn the Ciri α full armor set and Dual Blades.

There is no extra charge for accessing this Witcher crossover mission. It comes along with Thursday's free title update 6.00 for PlayStation 4 and Xbox One. PC players seeking to tackle this event will have to wait a little while. The PC version is set to debut later this year. Those looking for more details on the Witcher crossover can visit Capcom-Unity.