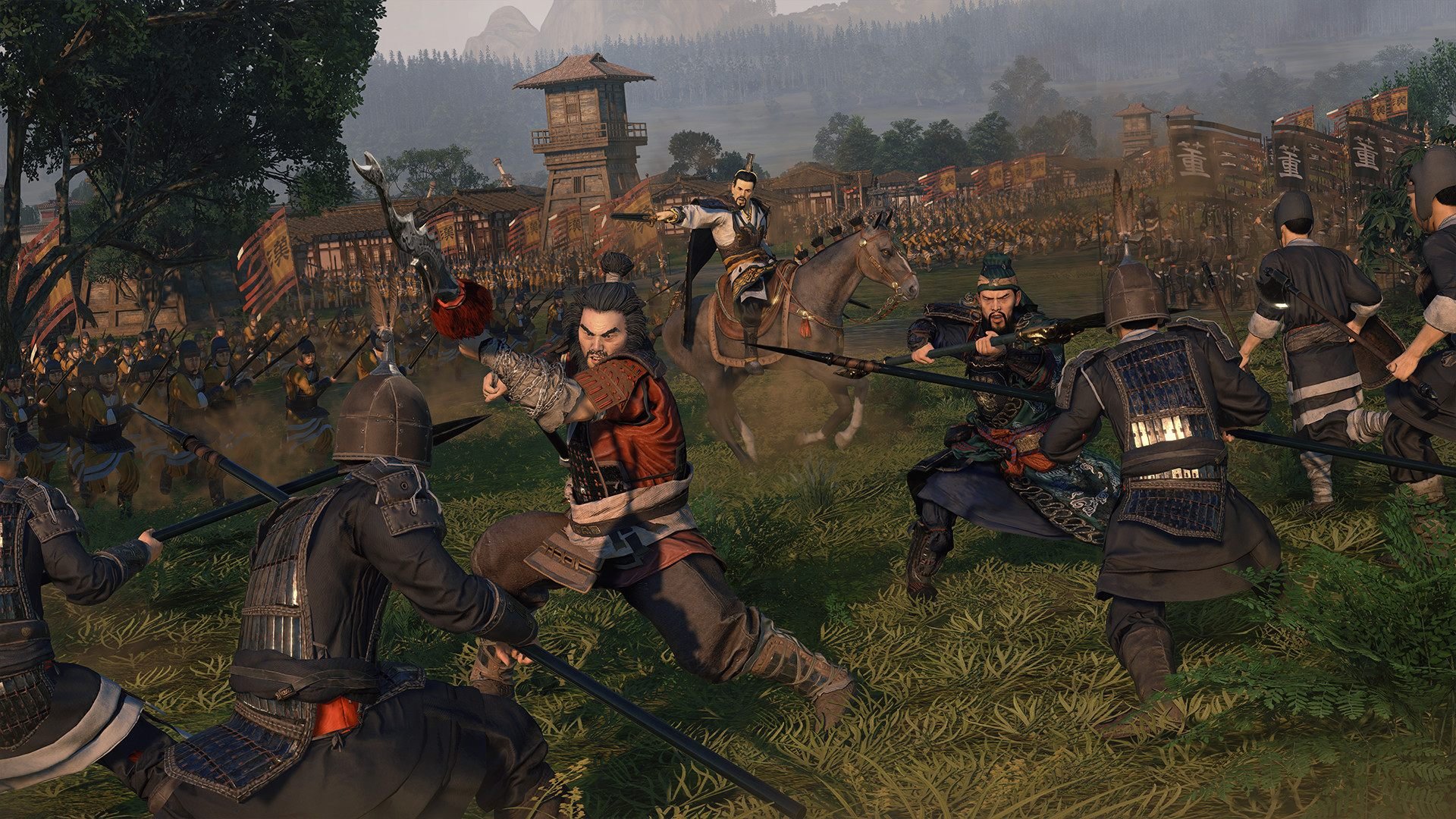 Update (February 11, 2019 - 3:15 PM CT): This post has been updated to reflect information from the developer regarding how Dong Zhou is unlocked.

Creative Assembly has covered major campaigns throughout real and fictional history, but the team is tackling one of China's most well known moments for the first time. Total War: Three Kingdoms tackles the real and fantastic retellings of the Three Kingdoms period (220 - 280 CE) and we got a chance to speak with a developer about the upcoming title.

We speak with one of the developers in the interview below, covering a range of topics. Watch the full interview to hear about the size of Total War: Three Kingdoms' campaign map, the research done regarding the characters featured in the game,  new units, and more. Check it out and give us a bit of feedback on the content.

Total War: Three Kingdoms' 11 leaders that will all be available as soon as you turn on the game have all been revealed. Players will find the expected characters from the Romance or Records of the Three Kingdoms like Liu Bei and Cao Cao, down to characters that are getting newly amplified persona's in Total War: Three Kingdoms like the bandit queen Zheng Jiang. Today, the team also revealed another playable leader, but he won't be available right at the start of the game. Once players defeat him in battle or reach the rank of Emperor, they'll be able to start a campaign with the tyrant known as Dong Zhou along with his legendary warrior and general Lu Bu.

We appreciate you coming to the website for the text content, but we have a lot more video content if you like to consume your gaming and tech news visually. There are gaming and tech demos, interviews, and showcases, over on to the Shacknews and GamerhubTV YouTube channels. You'll find exclusive walkthroughs, gameplay, and more. Subscribe to both channels and stay tuned to the official Shacknews website for gaming and tech updates.

Total War: Three Kingdoms by Creative Assembly launches March 7, 2019, on PC. Those who preorder will get access to the Yellow Turban Rebellion DLC content. Stay tuned to Shacknews for additional updates.