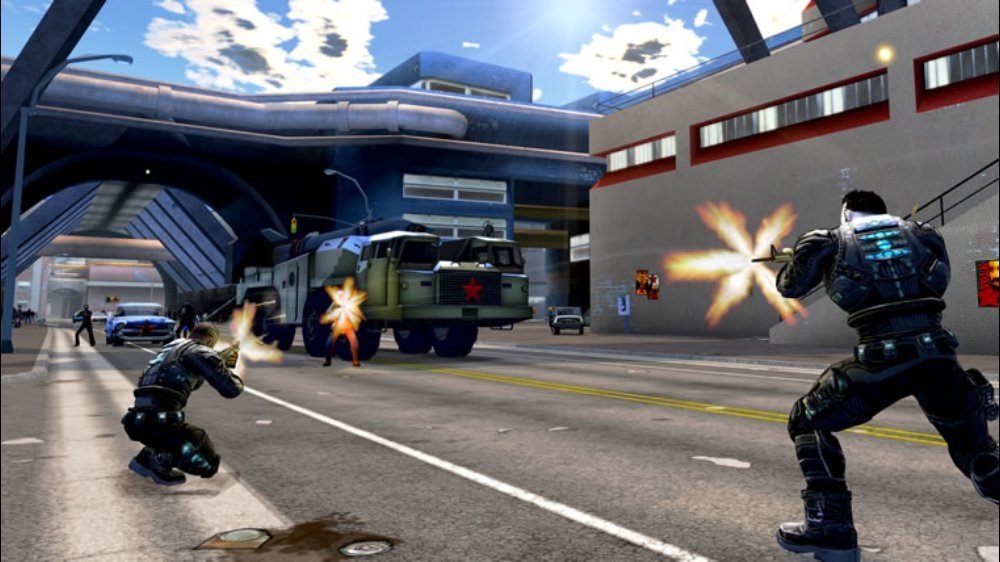 The original Crackdown is free for all Xbox One users today

The original Crackdown was an interesting piece of work. When it was first released in 2007, Microsoft looked to entice prospective players by attaching the Halo 3 multiplayer test beta to the game's purchase. And while many were happy to get that Halo beta, not many were expecting there to be an actual half-decent open-world action game attached to it. Crackdown has since gone on to become one of the Xbox's signature first-party franchises. And with the third one set to release in the coming days, Microsoft is looking to revisit the game that started it all.

On Tuesday, Microsoft announced that the original Xbox 360 version of Crackdown would be available to download absolutely free of charge, citing the upcoming release of Crackdown 3. The game is fully backwards compatible, so Xbox One owners can download it on their own console and play it right now. The game is available for free on the Xbox Live Marketplace. No word on how long this promotion will last.

The original Crackdown puts players in the middle of Pacific City, which is under siege by three crime cartels. In an effort to help clean up the mean streets, the Agency has enhanced its police force with superhuman abilities and overpowered weaponry, along with a city filled with destructible buildings to use all of it Save the city by blowing up small parts of it!

This should help set the table nicely for Crackdown 3, which is set to release on Xbox One and Windows 10 on February 15, with Xbox Game Pass users able to grab it on day one. That game features an entirely new setting, which means there are whole new blocks of buildings to blow up with insanely powerful weapons. Because nothing says "clean up the streets" like wanton mayhem and blowing things to kingdom come. To learn more about Crackdown 3, be sure to check out our recent hands-on preview.

Halo Infinite's next multiplayer preview arrives this September for all Insiders

Is Psychonauts 2 coming to Nintendo Switch?