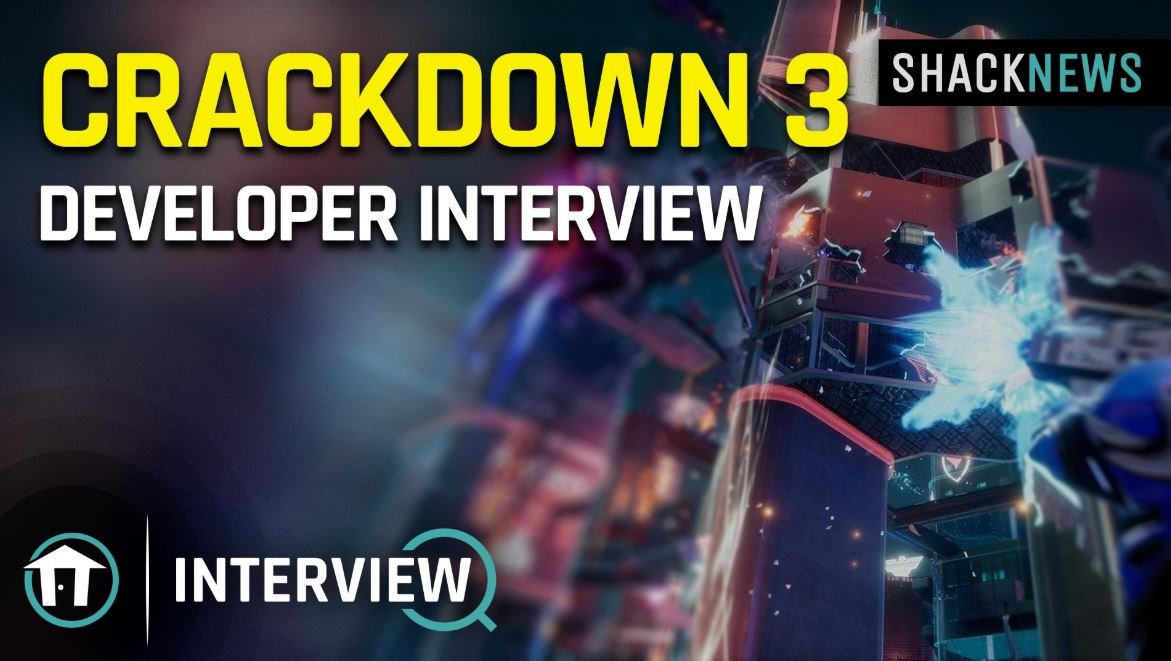 After more than five years in development, the newest installment of one of Microsoft’s biggest franchises on the Xbox 360 is finally seeing release this month. Crackdown 3 marks the first new entry for the series since 2010’s Crackdown 2. During a recent press event, the Shacknews street team had a chance to speak with the development team and get the inside scoop on what fans can expect from the action shooter extravaganza.

The original Crackdown game holds a special place in the hearts of many gamers. Originally released for the Xbox 360 way back in February of 2007, Crackdown had a strong amount of pre-release buzz due to its inclusion of Halo 3 beta access. At the time, Xbox fans were rabid for more Halo and tying beta access for the impending Halo 3 to Crackdown ended up being a masterful marketing move. Halo fans bought Crackdown and discovered an expertly crafted action-platformer that ended up being one of the best games of its generation.

In this video interview, Shacknews editor Blake Morse gets the developers to talk about green orbs, destruction, and the challenges of reviving a beloved franchise.

The developers at Sumo Digital spent lots of time ensuring that Crackdown 3 will feel familiar to longtime fans, while still expanding on the concepts from the previous two games. Leveling agency vehicles is expected to play a huge role in campaign progression as the vehicles will gain utility and more firepower as your agent levels up.

Fans who have been following the development of the game has surely seen the advertising material featuring Terry Crews. In the video, it is explained how Terry became a Crackdown agent and what his presence brings to the experience.

To get a more detailed breakdown of what to expect from Crackdown 3, check out our exclusive preview. Crackdown will launch for Xbox One and Windows 10 on February 15. The game will also be available from day one on the Xbox Game Pass service.

All you have to do for additional cool tech demos, gameplay, and showcases is head over to theShacknews and GamerhubTVYouTube channels. They're chock-full of exclusive nterviews, walkthroughs, gameplay, and more. Make sure you hit the subscribe button and stay tuned to the official Shacknews website for additional gaming and tech updates.