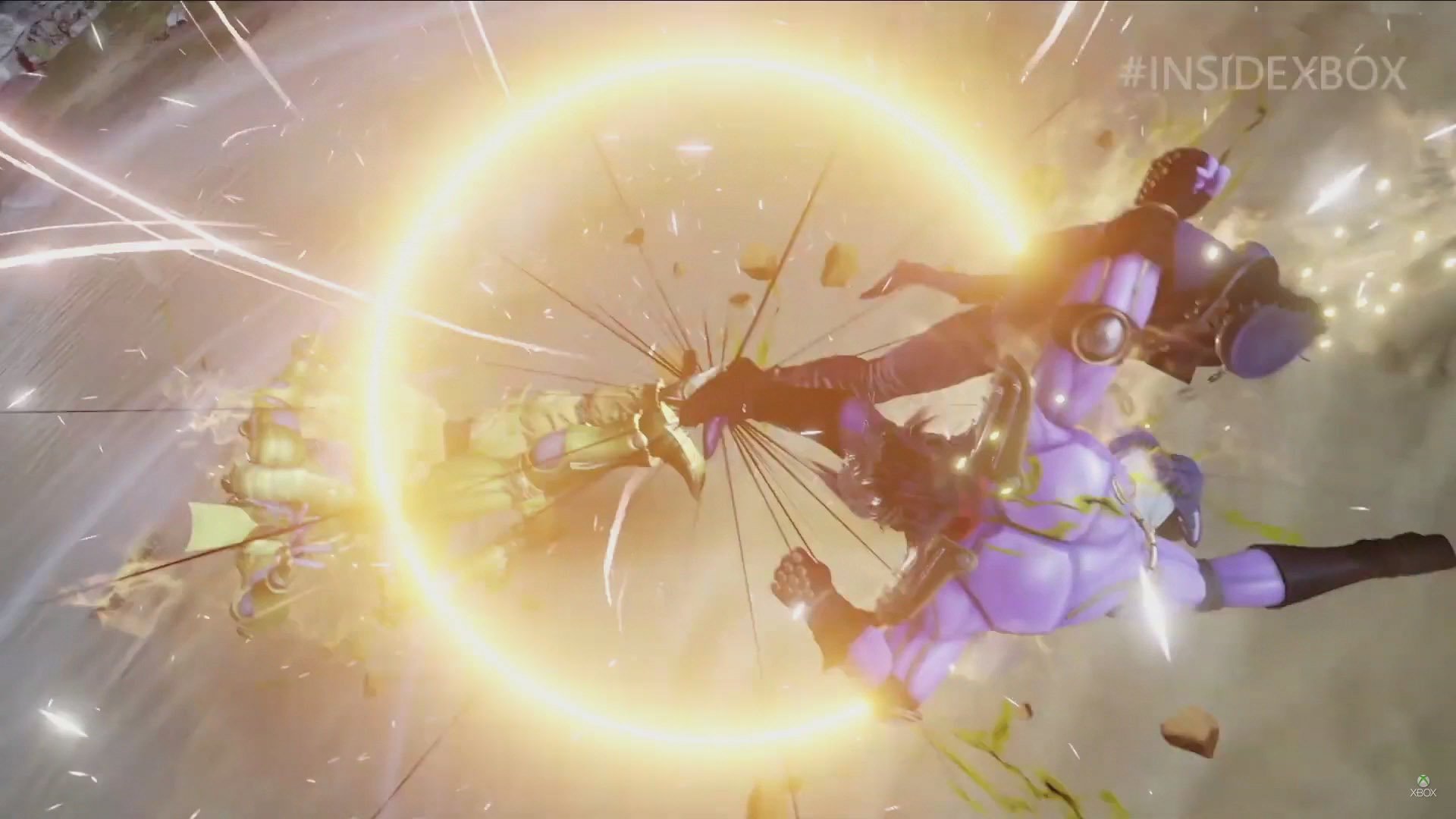 With just a couple of weeks left until fans can dive into Jump Force, the fine folks at Bandai Namco are here to add even more fuel to the hype train that’s already chugging along at full speed. Revealed officially during today’s Inside Xbox show, Jump Force’s roster grows by two more as Jotaro and Dio from JoJo’s Bizarre Adventure join the fight.

The news has been rifling around the internet for a few days now, in fact the official Bandai Namco Twitter account announced on the additions late last week, however, the new trailer from today’s Inside Xbox gives players a look at the two characters. The video also shows off some of the different moves and fighting styles you can expect to see from the two new characters who have made the jump from JoJo’s Bizarre Adventure.

It's all come down to this...The World Vs. Star Platinum. Watch the ALL-NEW trailer featuring Jotaro & DIO as they battle it out for the fate of their bloodlines.

Pre-order the #JUMPFORCE Ultimate Edition now and get 3 Days Early Access to the game: https://t.co/2aJpkJ6b9F pic.twitter.com/XHIfYY3CIp

Jump Force will release on February 15 of this year for the PlayStation 4, Xbox One and Windows PC. We’ll have a slew of content for the game available when it releases, so bookmark our Jump Force home page to keep up with all the news, information and strategy content that the we will cover over the coming days.

If you missed the latest Inside Xbox premiere, then you can check out our latest news posts to see some of the new announcements and reveals that were highlighted throughout the presentation.