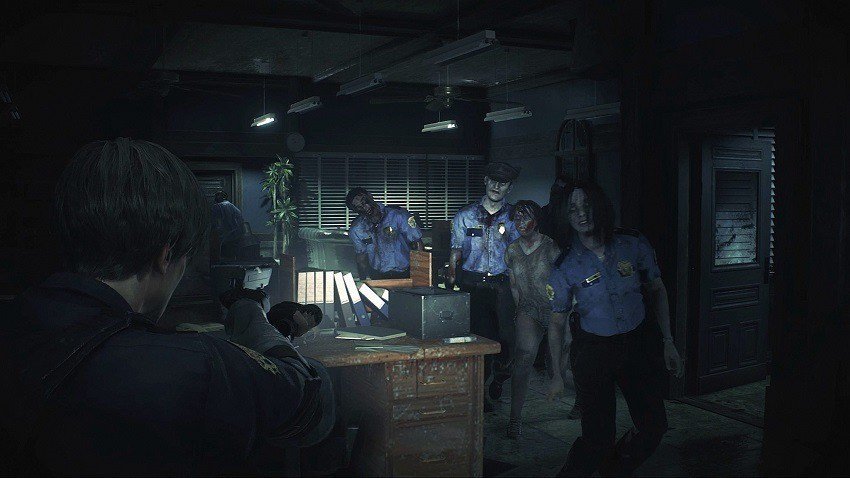 The Resident Evil 2 remake was exemplary in terms of how you update a game and bestow modernity upon it without losing what made it a classic in the first place.

However, it was missing a few niceties that fans had been wishing to see implemented, like a real randomizer (coming soon, at least partially) as well as a first-person mod to switch things up. It's not a fixed camera mode, which would have been an amazing thing to tackle, but it's still pretty exciting.

You can feast your eyes upon what some dedicated fans were able to do in the clip below, which takes Resident Evil 2 and ratchets its horror level up a few notches by giving you a first-person camera view, but third-person controls. It can be a little awkward, as you can no doubt tell from the footage, but it's still absolutely terrifying.

Modder Praydog has made a staggering amount of progress on the mod, but it's still very much in beta at this time. That means it's only going to get better and better, though, and we can't wait to see how it evolves. Meanwhile, if you're still on the fence about whether or not you should play Resident Evil 2, check out my review, where I awarded it a 9 out of 10.

"This incarnation of Resident Evil is nearly like playing a wholly different game, and in fact stands on its own as an excellent analogue to one of the greatest survival horror games of all time. Whether you're a Resident Evil fan or you're looking to delve into the terrifying world of horror gaming, you owe it to yourself to make this iteration of Resident Evil a day one purchase," I wrote.

It still stands true. If you haven't played it, what are you waiting for? Make sure you get the PC version, or at least try it out, so you can test out this interesting mod. And if you do jump in, let us know how you enjoy playing in first-person mode!