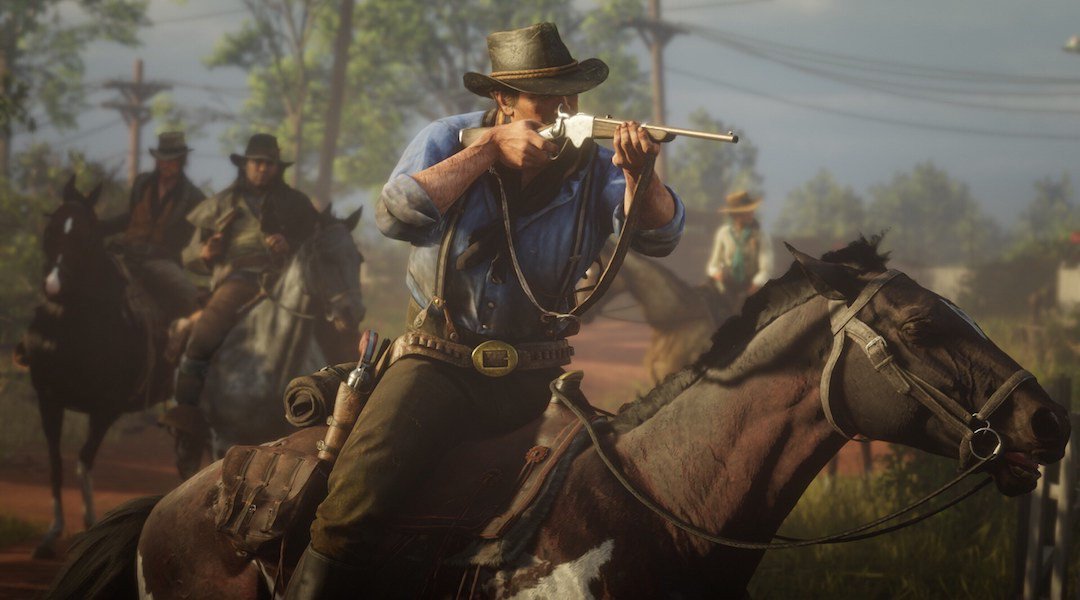 RDR2's Roger Clark had to re-record his famous horse line

If you've played Red Dead Redemption 2 before, you're no doubt familiar with the type of relationship you can form with your trusty horse.

Arthur Morgan and his horse are inextricably tied together for the duration of Red Dead Redemption 2, and as such we often hear Morgan saying little things to calm his equine companion here and there, usually "You're alright, boy," or "It's okay, girl." It's adorable, really, and people absolutely love it.

But as we learned in our recent interview with the stars of Red Dead Redemption 2, that line didn't come out perfectly when Arthur Morgan's actor Roger Clark went in the booth to record it. In fact, he had to do multiple takes.

Speaking further on his experience with lines written for communicating with the horse in-game, Clark noted that he never expected the popularity of the "You're alright, boy" line to become what it has.

"I did not anticipate it to become one of the more popular lines, but I’m glad that it is, because I knew that the horse was going to be a massive companion for the player and your means of how you get to travel the world, so I thought Arthur would have a really close connection with this animal so I tried to portray that in the text," said Clark.

Much of his inspiration was drawn from his time around horses as a young man in Ireland, in fact.

So that's how he was able to make the relationships between Arthur and his horses so believable!