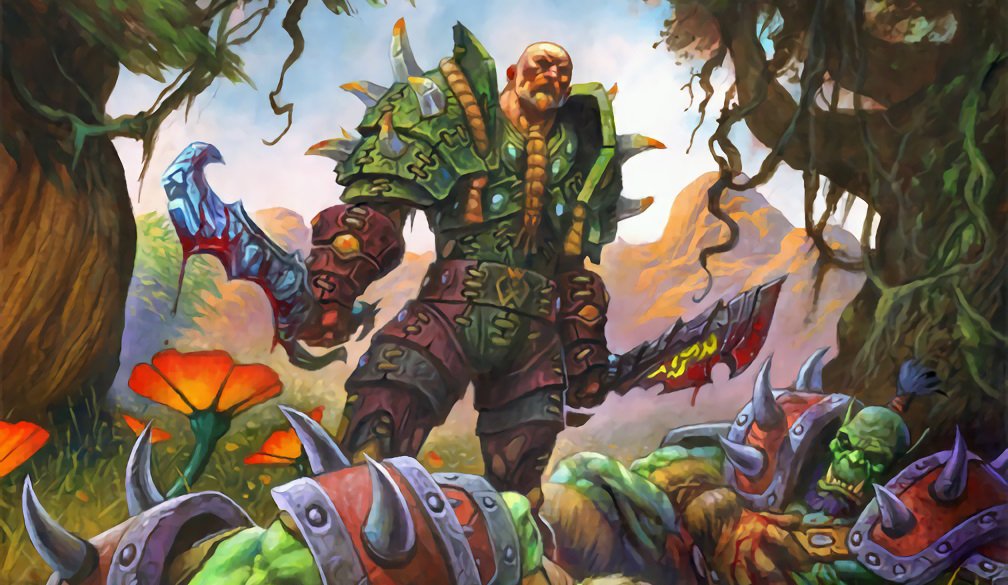 Hearthstone is preparing to end its Year of the Raven in the coming months, but Blizzard isn't done tinkering with the current meta just yet. Following an early round of card balance tweaks in early December, the publisher announced a second round of nerfs for the game's next patch. This is the second batch of changes set to be doled out following the release of the Rastakhan's Rumble expansion.

The second balance patch is set to drop on February 5 and deals out five debilitating nerfs to handful of current staples. Some of these changes will wipe out entire deck builds, especially when combined with the aforementioned Update 13.0.3 changes.

Shacknews is here to break down exactly what's about to change and how it will affect Hearthstone in the aftermath.

Class: Rogue
Will cost 2 mana. (Up from 1)
Meta Impact: High

Shacknews analysis: In the last patch, Blizzard took a sledgehammer to Kingsbane Rogue by crippling the Leeching Poison effect. This next patch will deal with the Odd Rogue and destroy one of its most useful tools. Cold Blood had a variety of uses in the Odd Rogue deck, whether it was combined with an early game minion like Southsea Deckhand or a finisher like Leeroy Jenkins. This change puts the Odd Rogue at death's door, taking away one of its most critical tools.

It's still possible to get the +4 Attack combo effect from Crazed Chemist, but going from 1 mana to 5 mana is a serious jump and might prove inefficient in the long run.

Class: Shaman
Will cost 3 mana. (Up from 2)
Meta Impact: Moderate

This is not the end for Even Shaman, however. Dire Wolf Alpha should slide right into the Turn 2 slot like a glove. While it won't hit as hard, it'll still serve just as well, especially as Even Shaman increases its board presence.

Class: Paladin
Will cost 4 mana. (Up from 2)
Meta Impact: Moderate

Shacknews analysis: This one's going to hurt a lot for the Paladin player, removing a reliable board clear combo that's been around since the very beginning. Equality wasn't brought down to earth so much because of its synergy with Consecration, but because of its synergy with Wild Pyromancer, allowing for a 4-cost board clear play. That's godlike in the late game, allowing Paladin players to rebound with a fresh slate quickly.

Ultimately, the combo with Wild Pyromancer doesn't go away. Board clears prove to be in greater demand in the late game and, at that point, 6 mana for what's essentially a Twisting Nether effect is perfectly fair.

Class: Hunter
Will cost 2 mana. (Up from 1)
Meta Impact: High

Shacknews analysis: Can you believe there used to be a day where Hunter's Mark cost zero mana? Isn't that nuts?

Yeah, Hunter's Mark proved far too powerful in the current meta, especially when combined with something like Candleshot. What makes the timing of this nerf curious is that Candleshot is about to rotate out into Wild. That means a couple of things. One is that Blizzard has also taken the Wild meta into consideration with this change. The other is that there may be something else on the horizon for Hunter that would have played a little too well with Hunter's Mark in its old form.

Hunter's Mark was appealing because of how it was able to combo with handy cards like Flanking Strike and Baited Arrow. In a game where mana can be precious, those combos getting a higher cost is a big deal and slows the Hunter player's pace significantly. It's too early to say whether Hunter's Mark gets benched or stays in the current Spell Hunter deck, but slowing the Hunter player down like this is going to be a big deal going forward.

Class: Hunter
Will cost 6 mana. (Up from 5)
Meta Impact: High

Blizzard explanation: The only non-Basic or Classic card in this round of changes. We want to position Emerald Spellstone as an efficient mid- and late-game threat, so we’re moving its cost up by one to reduce its utility as an early-game, aggressive tempo option. This change—along with the Hunter’s Mark change—is aimed at addressing Hunter’s prevalence, while still leaving it as a viable option.

Shacknews analysis: This is another curious change, given that Emerald Spellstone is also about to rotate out with the new Standard year. That again indicates that Blizzard has the Wild players in mind as they make changes. It also points to something that's going to play very nicely with it in the next expansion. Secret Hunter has already become a force in the current Hearthstone meta and I can't see this change ending its rampage anytime soon. That's mostly because no matter how much this thing costs, Zul'jin will replay it just the same.

Hunter Secrets are so useful and have such a variety of uses to them that holding back on the Emerald Spellstone for a turn won't cripple Hunter players by any means. There are still plenty of valuable tools, like the aforementioned Flanking Strike and Baited Arrow, that can keep the Hunter in the game.

As is the case with most changes and adjustments, players will be able to get full Arcane Dust value for any cards that are affected for a limited time following the next patch.

What are your thoughts on these changes? Join the conversation and let us know how this upcoming patch is going to affect your decks moving forward. Hearthstone's upcoming balance patch is set to release on February 5. For more details, be sure to check out the Hearthstone website.